Yuichiro Ukai’s dense drawings of dinosaurs, samurais, and anime characters have attracted attention over the past three years that he has been exhibited at the New York Outsider Art Fair. Now, Yokai (2019), a mixed media piece by the 25-year-old Japanese artist, will become his first work to enter a museum collection, having been acquired by the American Folk Art Museum in New York.

“I have chased the works of this young artist,” says the museum’s senior curator Valérie Rousseau. Since Ukai works at a pace of around one work per month, many of his pieces are reserved by collectors long in advance. When Yokai recently became available through the artist's gallery Yukiko Koide Presents, Rousseau says, “my colleagues and I didn’t hesitate.” The museum used a yearly acquisition fund to make the purchase—a testament to the interest in the artist’s work, since many of the other acquisitions by the museum this year have been donations.

Yokai is Japanese for “monster” and the fantastical creatures meticulously depicted in the work using marker, coloured pencil, and ink include dragons, a Santa Claus, sharp-toothed reptiles, and a vest-clad man with the head of a jackal. The piece will likely be featured in the museum’s 60th anniversary exhibition next year, where Rousseau feels it will share common ground with works by other self-taught artists drawing on folk culture and mass media, such as Adolf Wölfli, Susan Te Kahurangi King, William A. Hall, and Henry Darger. 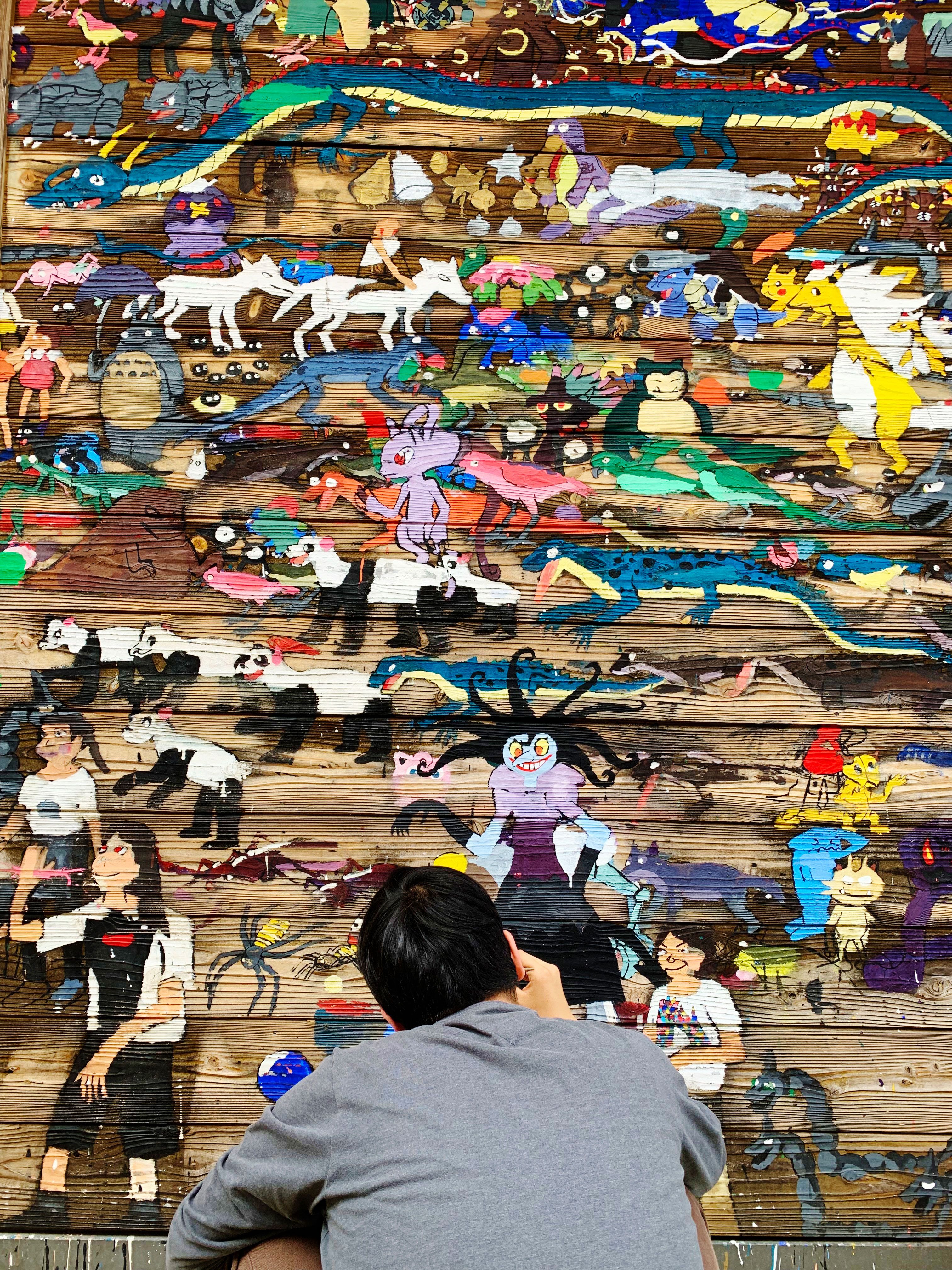 Ukai translates mass media into his artworks after constantly flipping through illustrated guides to Manga cartoons, monsters, insects, dinosaurs, and animals. “The subjects of these books find their way into his compositions,” Rousseau explains. “[They] move across times, cultures, and spaces, literally extending over multiple paper sheets.” The artist starts by drawing one creature, then repeats it again and again until he has created small herds marching left and right. Yokai is one part of a seven-panel composition (and its kin have found homes in France, Japan, and Switzerland).

The artist creates these multipaneled series at the Atelier Yamanami in Shiga prefecture, where he has worked since graduating from high school in 2014. The arts-focused welfare facility welcomes members of all ages with developmental, intellectual, and physical disabilities, and Ukai is on the autism spectrum. “The atelier’s policy is to welcome everyone who wants to come,” Rousseau explains. “The only set schedule is lunchtime.” Members do a few things in common, but are mostly free to spend their days pursuing creative interests. When he is not drawing, Ukai also works on a clay series of miniature skeletons and dinosaurs. He has also recently started to paint the outside wall of a house at the atelier.