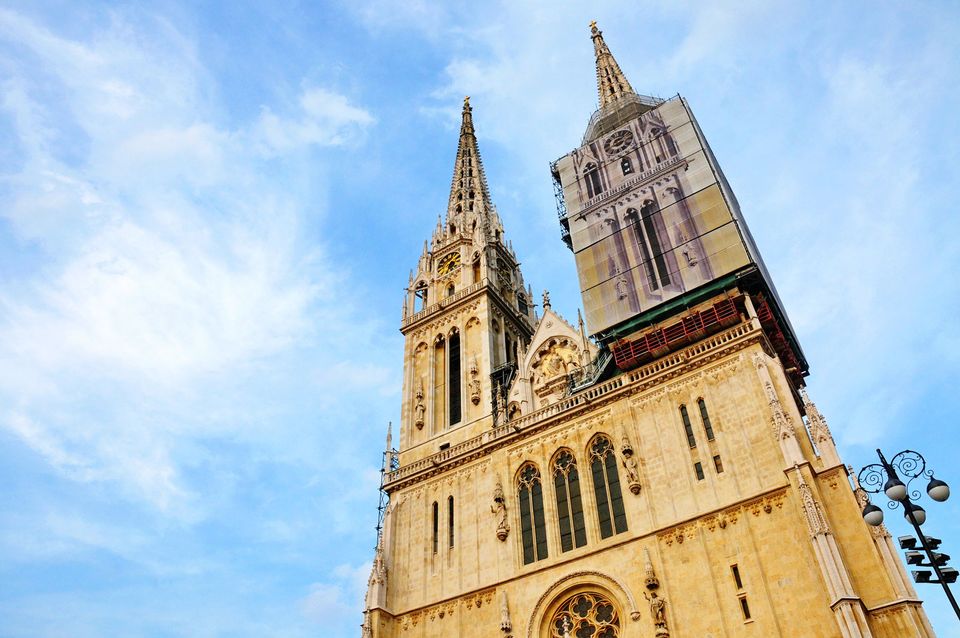 Zagreb Cathedral is among the historic buildings damaged by a 5.3-magnitude earthquake that rocked Croatia early Sunday morning. One of the 108m-tall spires of the Gothic-style cathedral—the tallest building in Croatia—tumbled during the tremor, which struck approximately ten kilometres north of the capital city. It was the strongest quake to hit the country in 140 years.

The foundations of the Roman Catholic cathedral dedicated to the Assumption of Mary and to the Hungarian kings Saint Stephen and Saint Ladislaus date back to the 11th century. It was rebuilt in the Neo-Gothic style following the great earthquake of 1880 that destroyed its tower and nave. It took architects nearly three decades to complete the restoration.

News sources have reported damage to other churches in the area as well as buildings in Zagreb’s Old Town. Officials have urged the public to refrain from getting too close to the damaged buildings because of strong winds and the threat of more aftershocks. Fears over the spread of the deadly coronavirus have led them to also ask people to continue to practice social distancing. “We are fighting two enemies at the moment, one is invisible and the other is unpredictable,” Croatia’s interior minister Davor Bozinovic told Reuters.

UPDATE: Circulating on Twitter are images reportedly taken inside the Archaeological Museum in Zagreb after the earthquake that show broken pottery and fallen statues.