An in-depth podcast conversation on the painter’s big influences, from Michelangelo to Cy Twombly 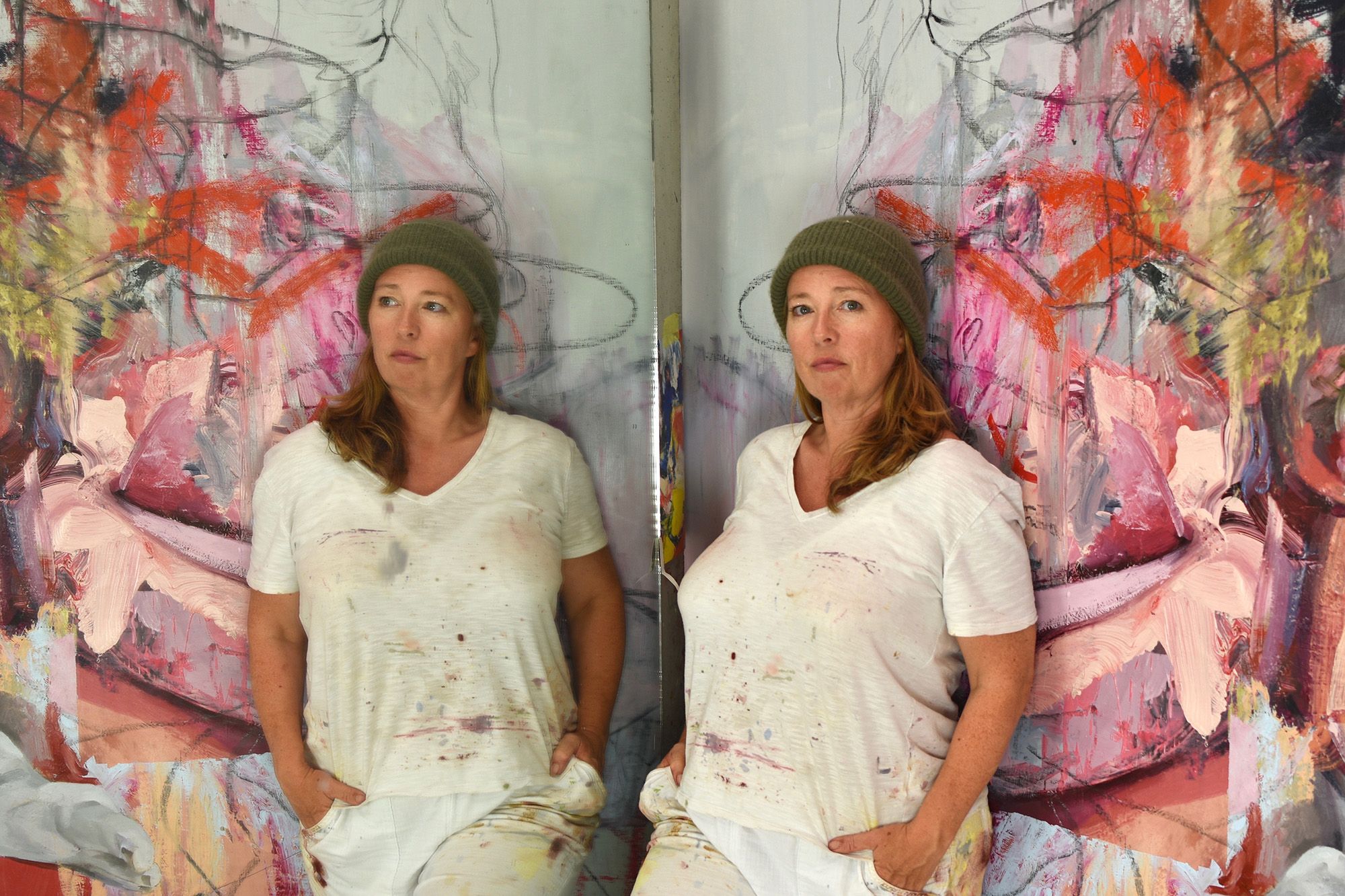 In our latest A brush with... podcast, we speak to the artist Jenny Saville about her life and work Photo courtesy of the artist and Gagosian

In this episode of The Art Newspaper’s new podcast, Ben Luke talks to Jenny Saville about her cultural experiences and their effect on her work and life. She shares how her uncle inspired her to explore the Old Masters and match their ambition; how having children hugely affected the way she works; and the visit to an artist’s studio that changed her life.

Saville was born in Cambridge, England, in 1970. Since 1994, she has been strongly associated with the Young British Artists—the group that were championed by the collector Charles Saatchi in the early 1990s. But she is distinct from many artists that were part of that scene: at the heart of her work is a commitment to painting human bodies but with the expressive vigour of abstraction. Willem de Kooning said, "Flesh is the reason oil paint was invented" and Saville explores this idea as vividly as any painter working today. She also works on a grand scale, which can be seen in her seven-foot high painting Propped (1992) that sold for £8.25m (£9.5m with fees) at Sotheby's in 2018, a new record for a living female artist's work sold at auction. Below you can find some of the topics discussed on the podcast. 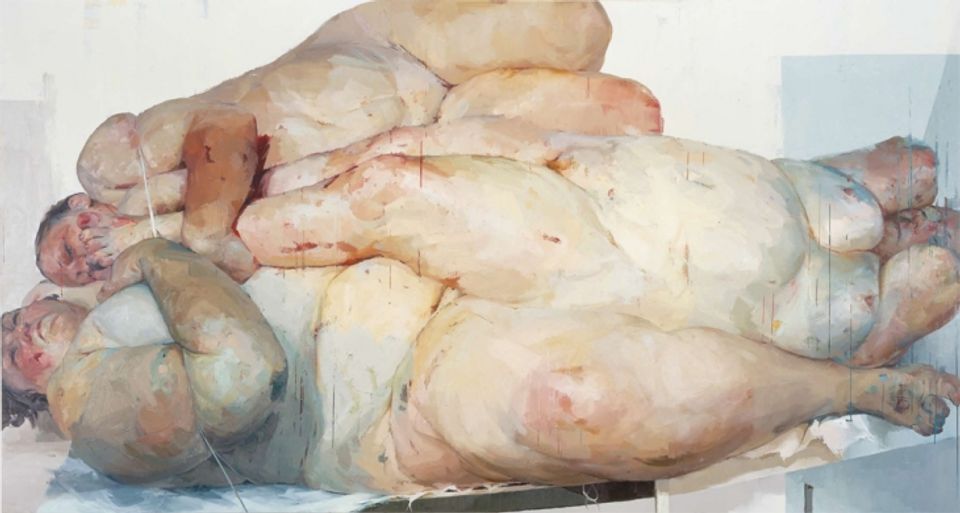 “My uncle taught me when I was very young that if you're going to have heroes you should make them very good. I love ancient epic literature like Homer or The Epic of Gilgamesh, that kind of epic story, which has a whole range of human nature within it, the acceptance of both the good and the bad. And I want to make work like that. I want to make work that takes on those grand themes of art. I don't really see the point otherwise.” 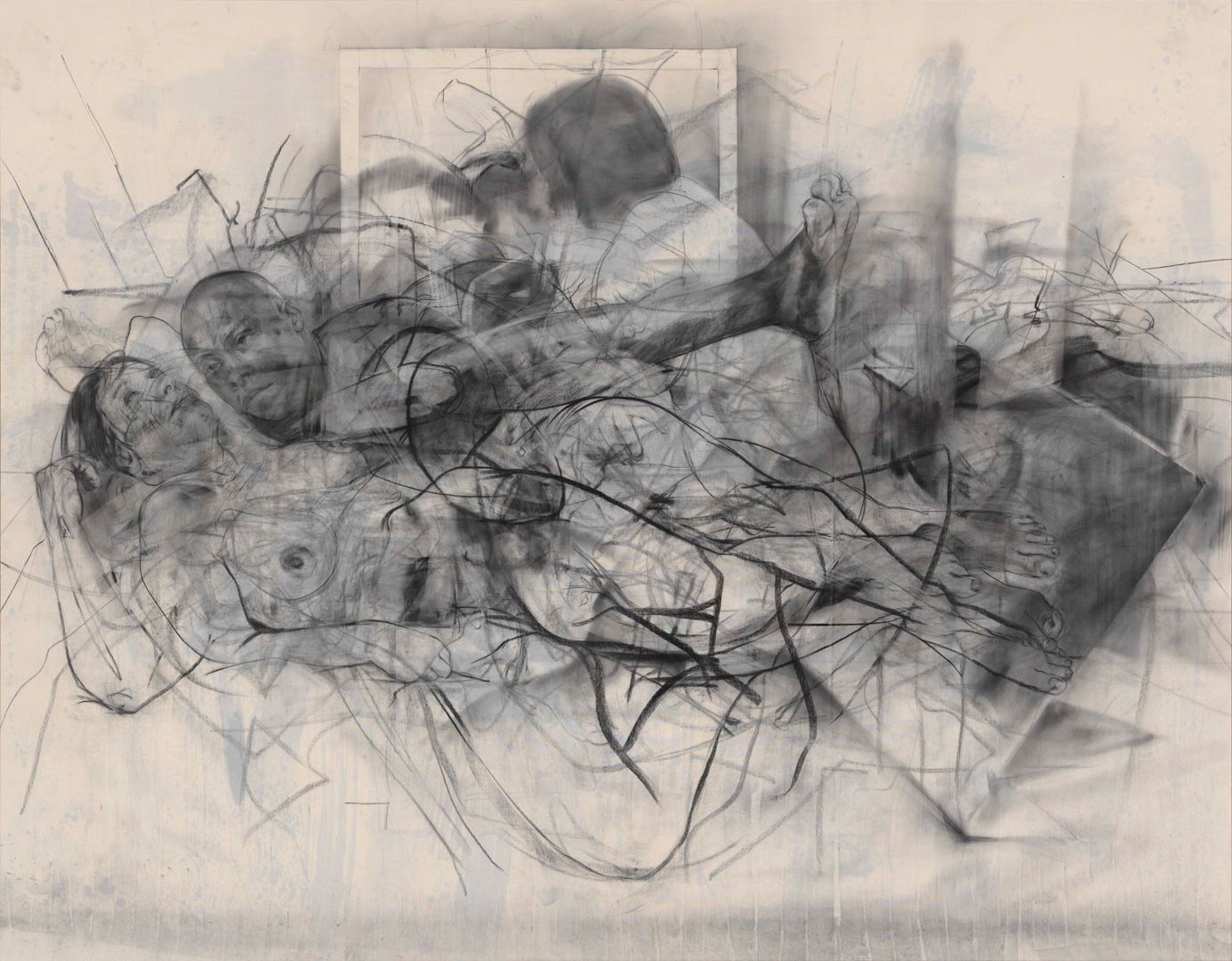 "Being a feminist during the 90s, biological determinism was a dirty idea. Yet I was having children and the idea of being female and the rites of fertility suddenly were at the forefront of my mind. So I had to work with that... I made several [works titled] In the Realm of the Mothers...which people often think is just to do with motherhood, but which also has a relationship with ancient art. I even saw the umbilical cord as this sort of rope to the ancient world. Giving birth is like being in a Francis Bacon painting." 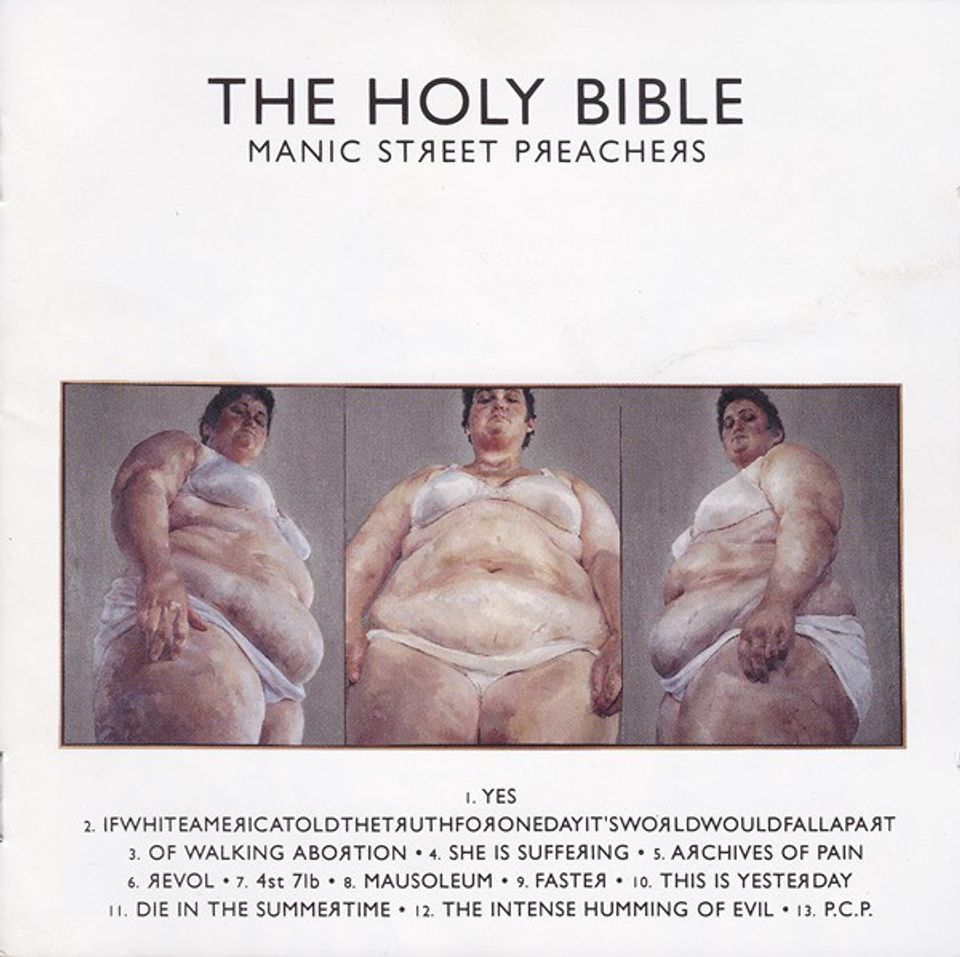 The album cover of The Holy Bible by Manic Street Preachers

... on providing the album cover art for the Manic Street Preachers

"There was a song called 4 st 7 lbs (1994) about anorexia and weight. And there was something so profound in the lyrics of that whole album. That's what prompted me to do it, even though at the time I didn't really have a desire to be on an album cover. I was a bit more of a snob then." 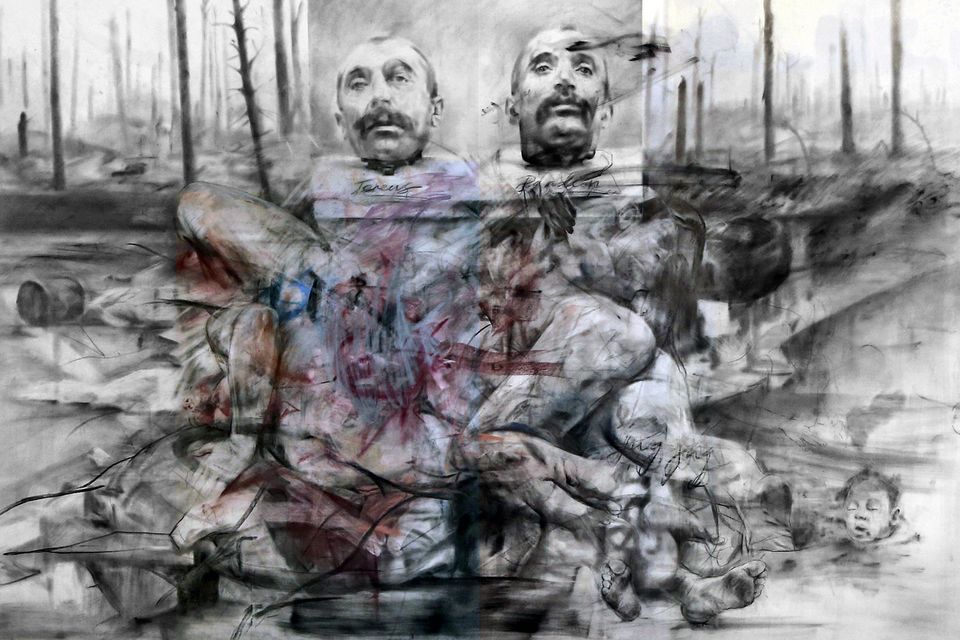 ... the music she listens to

"If anybody else were in my studio they would probably go completely crazy because I can listen to one single piece of music for the whole duration of a work, or even for a whole show. Schubert's Impromptus D. 899 (Opus 90) are seven minutes long. I listened to them on repeat for the whole of a piece of work titled The Voice of the Shuttle." 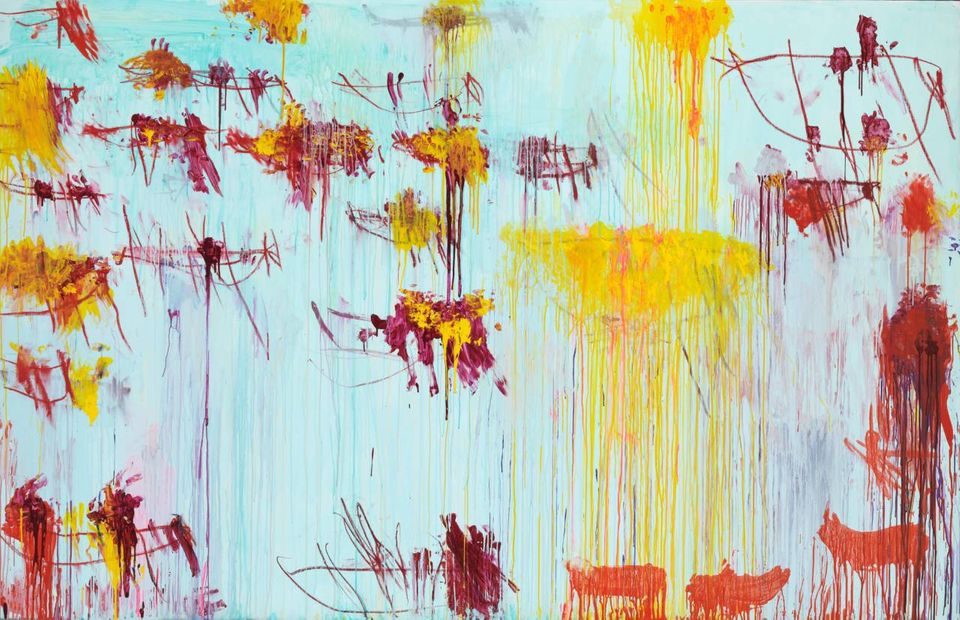 Twombly's Lepanto series. I saw that thing going on the stretcher. I saw the whole movement of it going up onto the wall and the whole sequencing of it. I was in the gallery when that happened, so I'm very attached to that group of works. It was like watching magic. It was epic in my lifetime to see that sort of painting; that huge subject of a history painting. "I'd probably choose Las Meninas [by Velázquez] because there's so much in it about painting ... it would last all my life to work it out. It's a treaty on painting, isn't it? It's a figurative treaty too. If ever I'm in doubt, I usually go to Velázquez because he's just such a super painter—of flesh, of nostrils and the nuts and bolts of it. He's so good."

Poldark star Aidan Turner on how to play Leonardo (hint: learn to paint with your left hand)

Poldark star Aidan Turner on how to play Leonardo (hint: learn to paint with your left hand)