A brush with... Ragnar Kjartansson

An in-depth podcast conversation on the artist's big influences, from Elizabeth Peyton to Cardi B 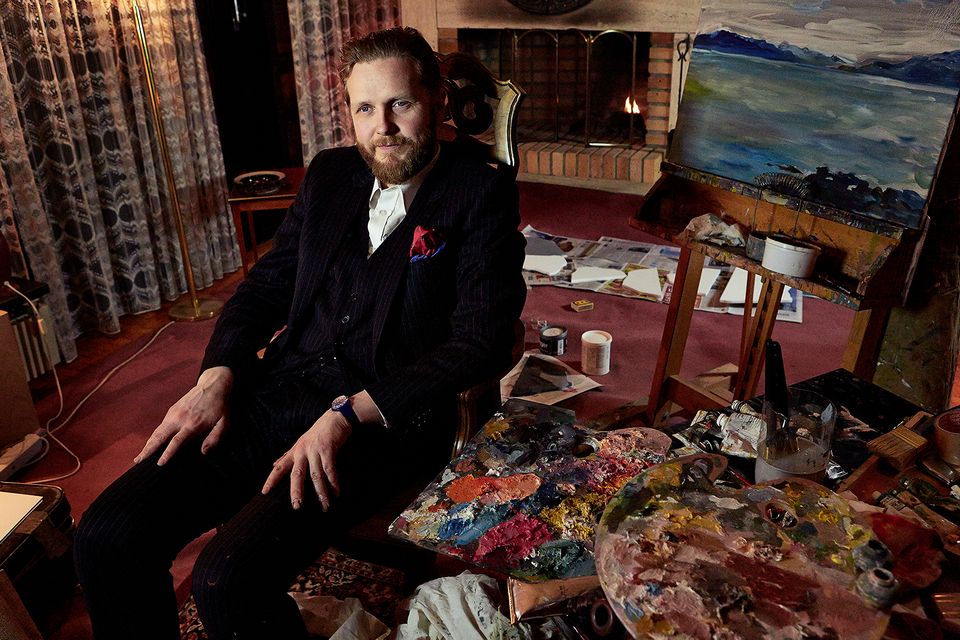 In the first episode of a new series of A brush with..., Ben Luke talks to the Icelandic artist Ragnar Kjartansson about the art, music, books, films and cultural experiences that influence his work. He discusses his love of the 18th-century Venetian painter Rosalba Carriera, going to art school in the shadow of Dieter Roth and the book his family reads to one another on their death beds.

Kjartansson was born in Reykjavik in 1976 to actor parents, both of whom feature in his performance work Take Me Here by the Dishwasher—Memorial for a Marriage. The work features a sex scene from a 1977 feature film starring both parents. Family legend has it that Ragnar was conceived during the making of that film.

One of the key strands of Kjartansson's work is collaboration, often featuring troupes of performers, many of whom are his friends and family. Highly theatrical and flamboyant, they subvert the sparse, direct nature of 1960s and 1970s performance art while also paying homage to it. Recently, Kjartansson's The Visitors (2012) was named the best work of the 21st century so far by the Guardian. The work, shot on a farm in upstate New York, focuses on the real-life disintegration of his marriage to his then wife and makes reference to the 19th-century Hudson School of painters, Grand Mannerist portraiture tradition and the Swedish band ABBA. It combines these influences and many more to create a pronounced balance between the authentic and the playful, the serious and the mischievous that Kjartansson is best known for.

Below you can find some of the topics and works discussed on the podcast.

A brush with… series 2 runs from 2 December-3 February 2021 with episodes released on Wednesdays. You can download and subscribe to the podcast here. This episode is sponsored by Bloomberg Connects. 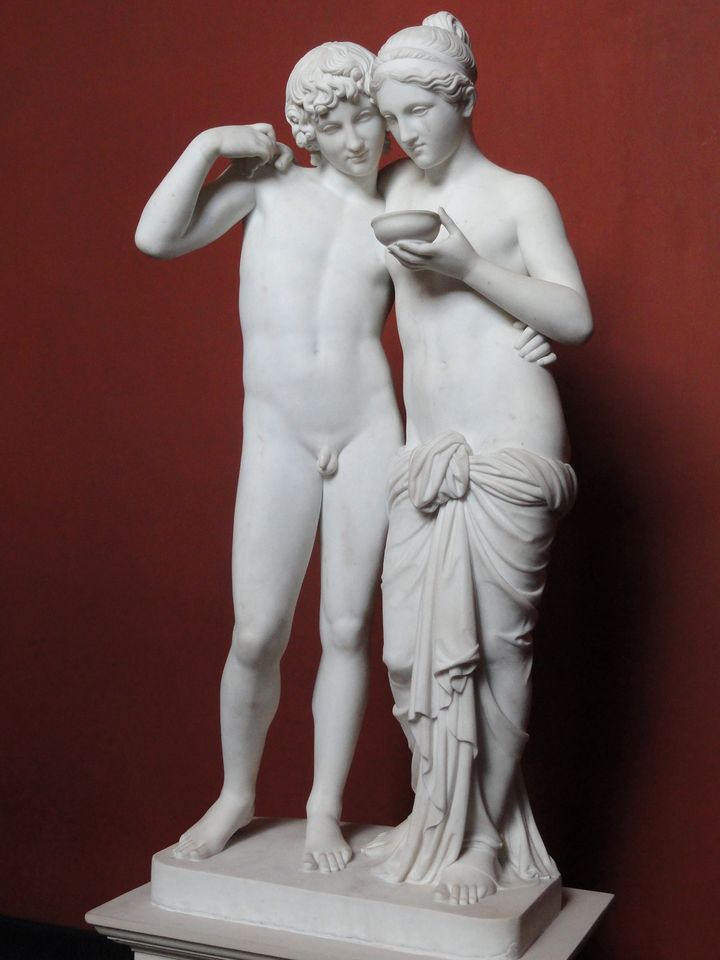 Ragnar Kjartansson on... Thorvaldsen and Cardi B

"The first art show I saw as a small kid was of the half-Danish, half-Icelandic Neoclassical sculptor Bertel Thorvaldsen. I'm told as a kid I said to my mother: 'I really love all these ladies with curls and dicks,' which is a pretty good description of the androgyny of his figures. [...] I also like that he built his museum in Copenhagen as a sort of mausoleum around himself with this ridiculous sense of artistic pompousness. But this winter I was reading his biography and discovered that he was actually a really nice guy. He wasn't pompous at all, he was just living in the 19th century and you had to be pompous as an artist then. It's like, if you're Cardi B you have twerk. You got to do what you got to do." 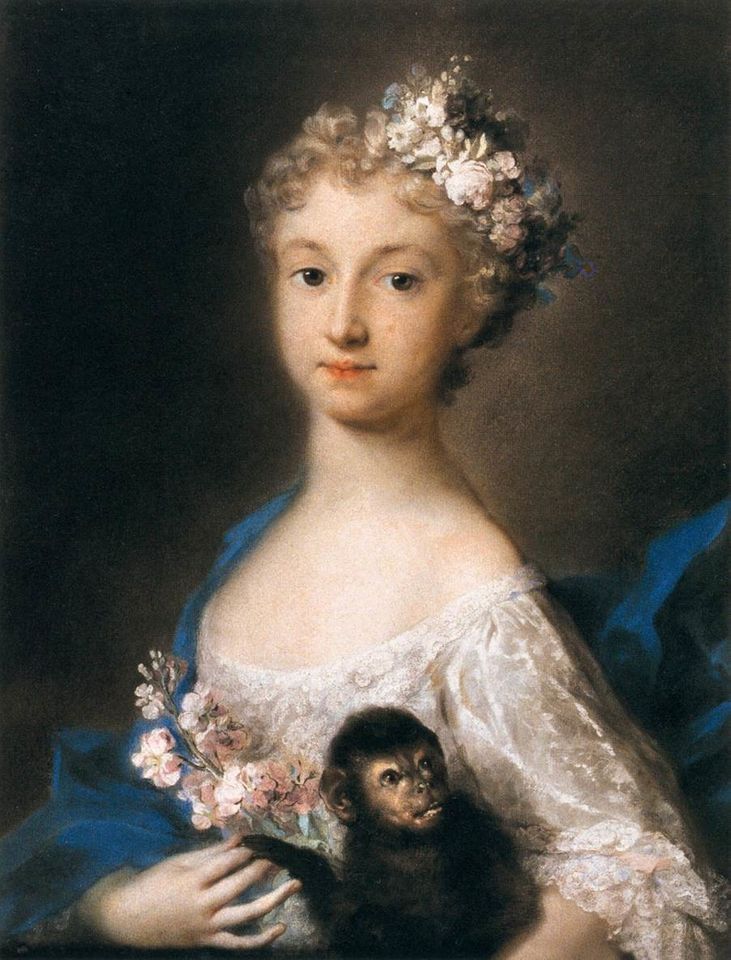 "I love Rosalba Carriera's work. She was a Venetian pastel painter in the 18th century. There's one painting of a girl and a monkey which is as Rococo as you can get. Ridiculous, gorgeous and light, but with so much humanity. I was seven when [the film] Amadeus came out. I went seven times to see it in the cinema and I think that is the reason why that period got stuck in my heart. It's also this fascination for this totally different identity. I think as a young boy I loved this idea that you could have a wig and be in stockings. I remember having such a longing to be in Rococo clothes. It was a serious longing. When I was in art school I remember being in a Rococo class and feeling a really sensual sensation. And then I confessed that to my friends afterwards, that I was really horny in Rococo class. Of course, I got made fun of big time after that." "I really admire Elizabeth Peyton a lot. I remember seeing her lovely paintings of Leonardo DiCaprio and thinking: 'Oh, you can actually do this? This is so bad ass.' There are these 90s popstars she was painting, many of whose music we have forgotten, but in these paintings they become like Caravaggio's drunks. You realise this culture is going to live on in those paintings, maybe more than in their actual movies and rock songs. [...] There's this sweetness of melancholy and this idea that death is built into these beautiful painting—the subject's mortality and the painter's mortality. Sometimes you see really good 'art school' works which make you think 'you're really doing proper artwork, like you should do artworks nowadays'. And then when you see Elizabeth Peyton, you think: 'She shouldn't be doing this. Why is she doing this?' It's so weirdly bold in the modern era to be doing these paintings." Ragnar Kjartansson's World Light – The Life and Death of an Artist (2015) Courtesy of the artist, Luhring Augustine, New York and i8 Gallery, Reykjavik

"World Light (1969) by Halldór Laxness is a book my family reads when people are dying. It's a book about the longing for beauty that ends in destruction and suicide. It's ridiculously beautiful, but also tongue-in-cheek, so it's very hard to pinpoint. Is it ironic or is it honest? I don't know. And I don't think Laxness knew himself. The novel itself shows how through art, the main character can conquer pain and the ultimate sadness and the humiliation of life. He becomes a poet and in the book you don't really know if he's a mediocre poet or a great poet. It's sort of a book about the mediocre artist longing for beauty. And then you just follow him through his life and he has sad, horrible relationships and his children die and he becomes a teacher and then he becomes a pedophile and is put into prison. And then he commits suicide by walking into a glacier." "The work Song (2011) was inspired from me mis-remembering an Allen Ginsberg poem called Song. 'No rest without sleep, no sleep without dreams of love. Drums, drums, the weight of the world, the weight of the world, this love.' This was a little ditty I wrote out of this Ginsberg poem. And then I asked my nieces to perform it in the Carnegie Museum in Pittsburgh [...] They sit in a marble hall on a pedestal, like the three graces. And they're just stroking each other’s hair and singing this song, surrounded by books by female authors on feminine identity like Sylvia Plath. They were doing this performance for a month and it was good for them to be surrounded by books. It was education for my nieces. [...] The piece has this classical beauty but also a kind of toxic element. You see these young blonde girls singing this song about love, but then you realise—'oh Goebbels would have like this piece too'. I find that so interesting. The evil in beauty and the cliches of beauty." "[The Italian singer-songwriter] Gino Paoli once recorded an unknown 1970s version of the famous pop song Il cielo in una stanza, singing it alone with an organ. It's a very Bach-ish arrangement. I was doing a performance in Venice with my friend and we were smoking and drinking beer for half a year and we listened to this record so much. We became so fascinated by it. It was the only song I had stumbled upon that has this basic idea of visual art in it. It's like 'the sky is a room'. It's about the transformation of space. 'When you're here with me there are no walls, just endless woods'. Love transforms everything. Some Italian friends told us about the song and said that Gino Paoli got the idea for it in a brothel and then you understand that in the song when he says, 'this purple ceiling becomes an endless sky,' he's talking about a purple ceiling in a late 1950s brothel. [...] It's kind of James Turrell before James Turrell. 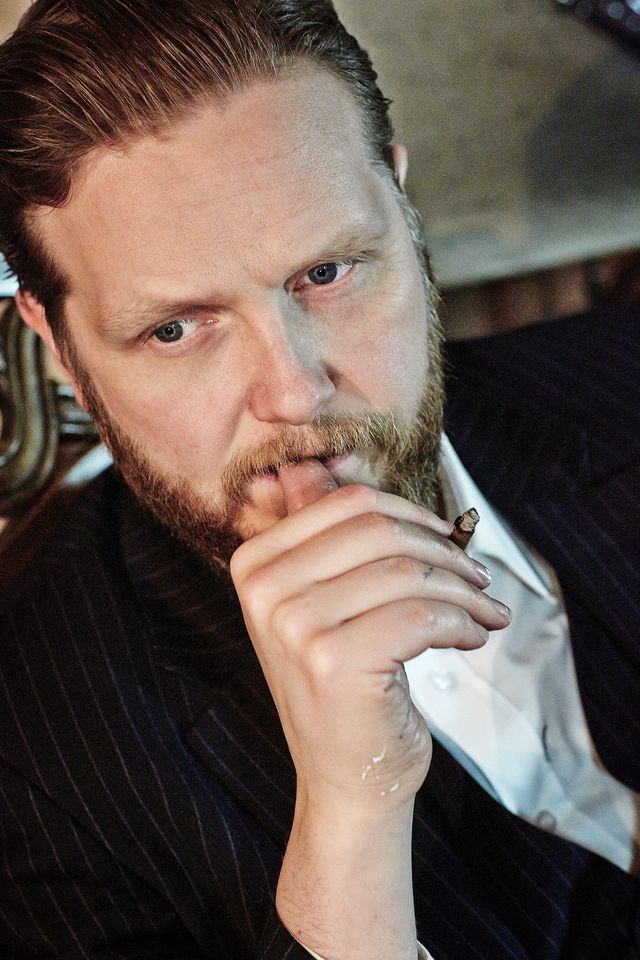 Ragnar Kjartansson in his studio

"Art is the shelter from the storm. [...] We're really seeing how important art is today. The times I grew up in, when art was just cocktail parties and a good time, are gone. Cancel culture has shown us just how important art is. Art is a difficult idea that we are constantly dealing with. I love that to attack political injustice you start with attacking art because art is the most important thing in our culture. I get very 'meh' when people say "oh, you shouldn't attack art". Of course you should, art is so important."

• Ragnar Kjartansson has created his first set of prints— two new portfolios called Repent and Fire you can see those at Luhring Augustine.com and i8 gallery.The Visitors is on view at ICA Boston until the 15th of August 2021 and Ragnar's video Death is Elsewhere is on view and ongoing at the Art Gallery of Ontario in Toronto, Canada.