The museum has drawn on the writings of Virginia Woolf, and the theories of Charles Baudelaire and Henri Bergson, to create a disruptive timeline of fashion 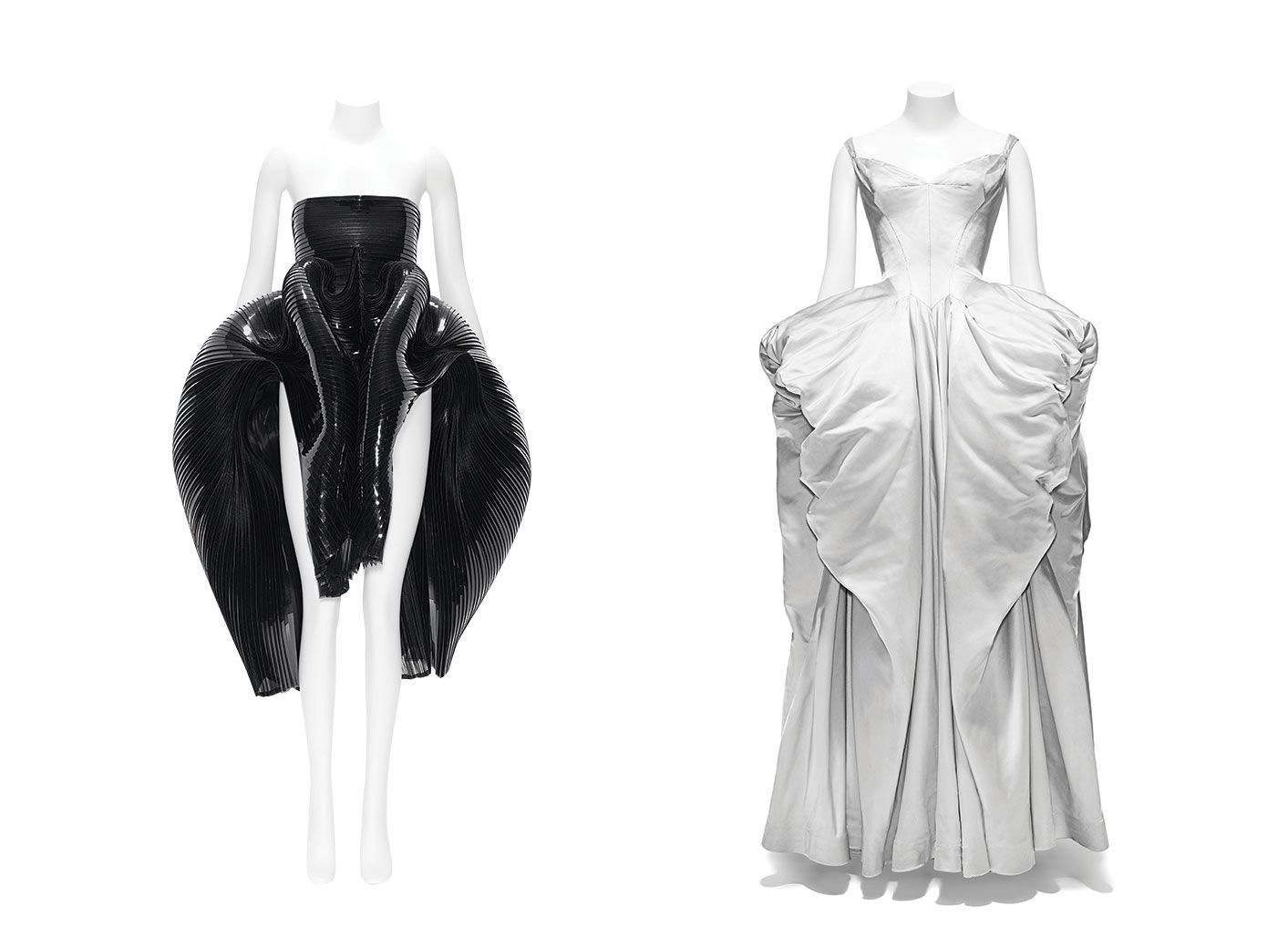 We are certainly living in strange times. So it is fitting that the Metropolitan Museum of Art is taking a rather unexpected view of time for its latest Costume Institute fashion show, titled About Time: Fashion and Duration. For the Met’s 150th anniversary, the Costume Institute’s lead curator, Andrew Bolton, was keen to celebrate the museum’s collection, but was not interested in mounting a run-of-the-mill “best of” show simply presenting a historical overview of styles.

“I think fashion history has moved on from this rather reductive approach, and so too I think has our fashion audience,” he said earlier this year at the show’s press conference. Instead, Bolton has drawn on the writings of Virginia Woolf (who is billed as the show’s “ghost narrator”) and the temporal theories of the French poet Charles Baudelaire and the French philosopher Henri Bergson to create a “disruptive timeline” of 150 years of fashion.

“Fashion history has moved on from this rather reductive approach, and so too has our fashion audience” Andrew Bolton, Costume Institute’s lead curator

Working with the designer Es Devlin, the show will take the form of a giant clock face in which “60 minutes of fashion” are represented by 60 pairs of garments. Each set includes a costume that reflects fashion’s linear nature and one that shows its cyclical character. The former illustrates Baudelaire’s belief in a timescale that is continuous and chronological, and the latter reflects Bergson’s concept of duration, in which the past co-exists with the present, and so features clothing that does not adhere to the traditional timeline.

For example, an 1870s black silk faille afternoon dress is paired with Alexander McQueen’s much talked about “Bumster” skirt (Autumn/Winter 1995-96), and a PVC dress by the Dutch designer Iris Van Herpen (Autumn/Winter 2012-13) is shown alongside a 1950s silk ball gown by Charles James.

Sixty minutes of fashion represented by 120 pieces spanning 150 years: visitors will surely make time for that.

about 9 hours ago
Lockdown easing: the best gallery shows to see in London right now

A flurry of Yayoi Kusama shows are about to open, but restrictions on her installations may limit their appeal—and visitor numbers

A flurry of Yayoi Kusama shows are about to open, but restrictions on her installations may limit their appeal—and visitor numbers