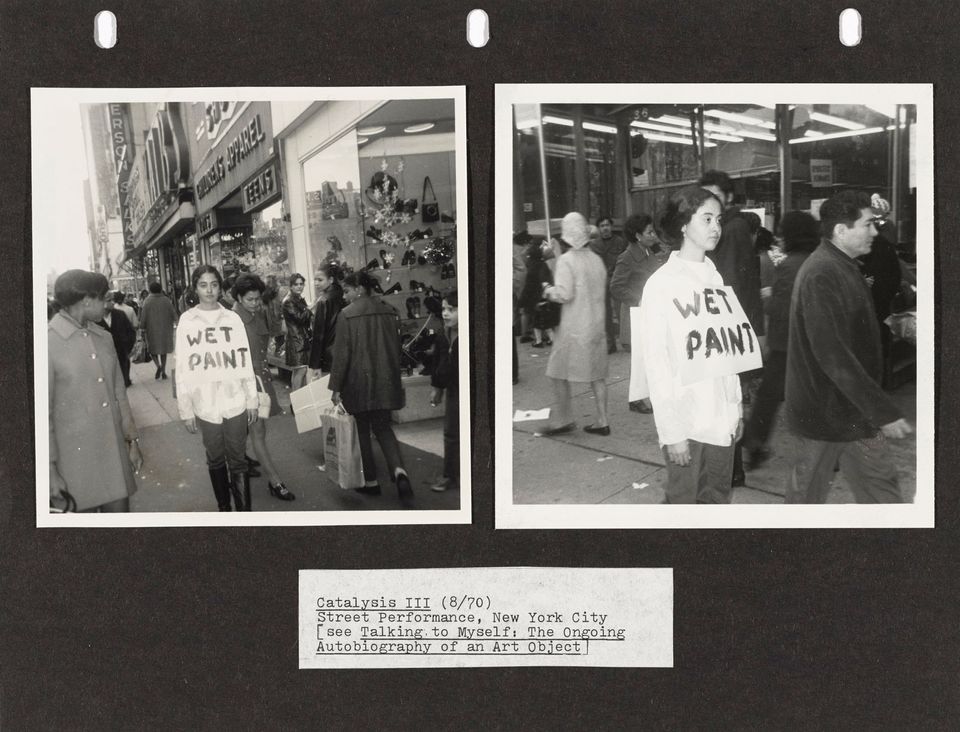 How does an exhibition tell the wide-ranging story of the New York-born, Berlin-based artist Adrian Piper? Her work began with Conceptualism in the 1960s before morphing into socially engaged art looking at race and otherness, and encompasses performance, video, sound, installation and drawing, among other media. The Museum of Modern Art (MoMA) has risen to the challenge by dedicating its entire sixth floor to Piper’s retrospective of around 280 works—a first for a living artist. The survey, titled Adrian Piper: a Synthesis of Intuitions, 1965-2016, includes documentation of performances such as Catalysis III (1970), in which she shopped at Macy’s department store wearing clothing painted with sticky white paint and a “wet paint” sign, and participatory works like Humming Room (2012), in which visitors must hum a tune to pass through a space.

The installation What It’s Like, What It Is #3 (1991)—first shown at MoMA and recently acquired by the museum—“in a nutshell explains what [Piper’s] work is about”, says the co-curator Christophe Cherix. The white room with bleachers feels like entering “a Minimalist sculpture”, Cherix says. A square column in the middle shows a video of a black man who blankly says phrases like “I am not scary” or “I am not lazy” to challenge, and highlight, racist assumptions. “It’s never giving up the rigour of Conceptual art, [seen] in the shape of that room—but also trying to bring that together with the social realities [of the] time.” 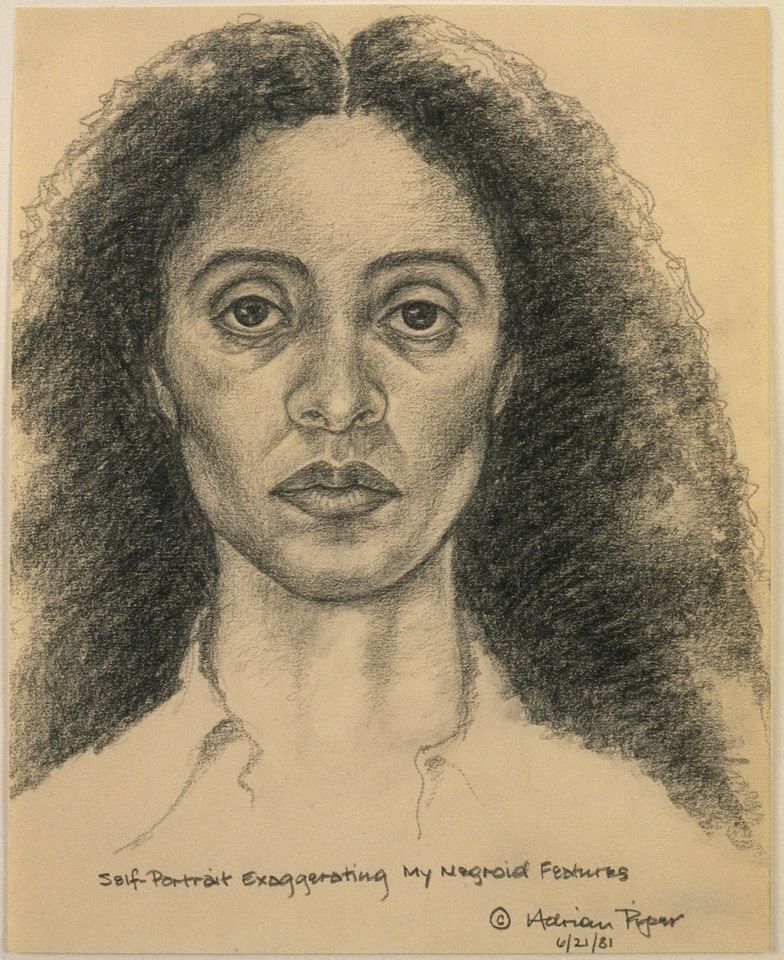 A selection of works from the show will travel to the Hammer Museum in Los Angeles and then to the Haus der Kunst in Munich. The exhibition is sponsored by Hyundai Card, with major support provided by The Modern Women’s Fund and Lannan Foundation.