Home to one of the world’s great antiquities collections, the Museo Archeologico Nazionale di Napoli (Mann) offers an opportunity to examine the relationship between the sculptor Antonio Canova (1757-1822) and the classical world.

Canova and the Antique includes more than 110 works and aims to make a case for Canova’s creative autonomy and capacity to reinvent ancient art. The artist was forthright on the subject, saying of antiquity that: “One must keep it in mind, feel it in the blood, until it becomes as natural as life itself.” For example, comparisons can be made between Canova’s plasters of the mythological boxers Creugas and Damoxenos (1794-95) and the museum’s huge marble Farnese Hercules, or between his Theseus and the Minotaur (1782) and the bronze Seated Hermes at Herculaneum, which Canova saw in the royal museum of Portici in 1780.

Among the most important loans are six marbles from the State Hermitage Museum in St Petersburg, including Dancer with Hands on Hips (1811-12), and Apollo Crowning Himself (1781-82) from the Getty in Los Angeles. The Gypsotheca e Museo Antonio Canova in Possagno, the sculptor’s birthplace northwest of Venice, has lent several plasters as well as 34 recently restored tempera works inspired by Pompeian wall paintings. 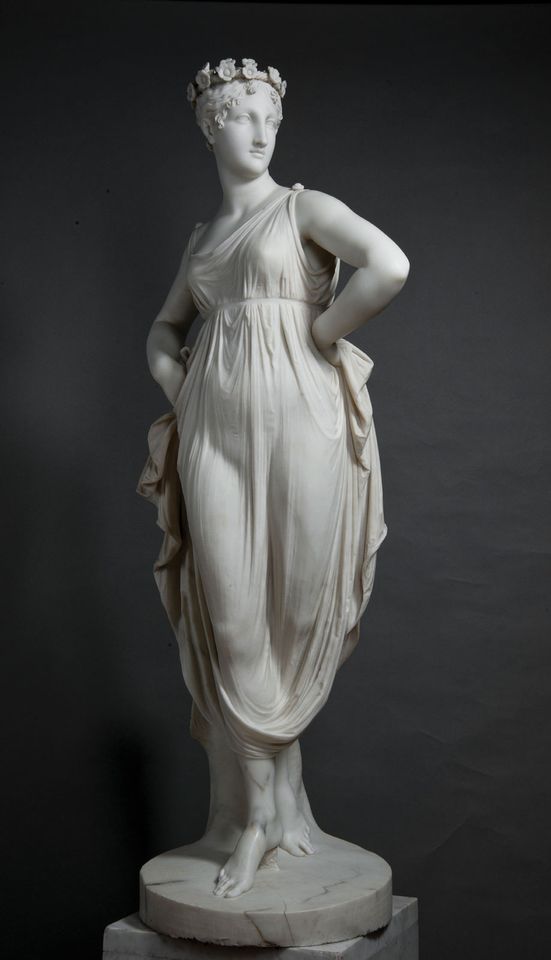 The show underscores Canova’s long connection with Naples, initially as a young Grand Tourist and later as an artist working for the Bourbon and Napoleonic rulers as well as the Neapolitan aristocracy. The sculptor’s first work to reach Naples, Venus and Adonis (1789-94), is present in plaster. The marble—now at the Musée d’Art et d’Histoire in Geneva and which cannot travel—caused such a stir when it was acquired by the marquis Francesco Berio in 1795 that he was forced to close the tempietto where it was displayed due to the constant flow of curious visitors.

The show is organised by Giuseppe Pavanello with support from an international research committee and is part of a four-year collaboration between the Mann, the Italian culture ministry and the Hermitage Museum.