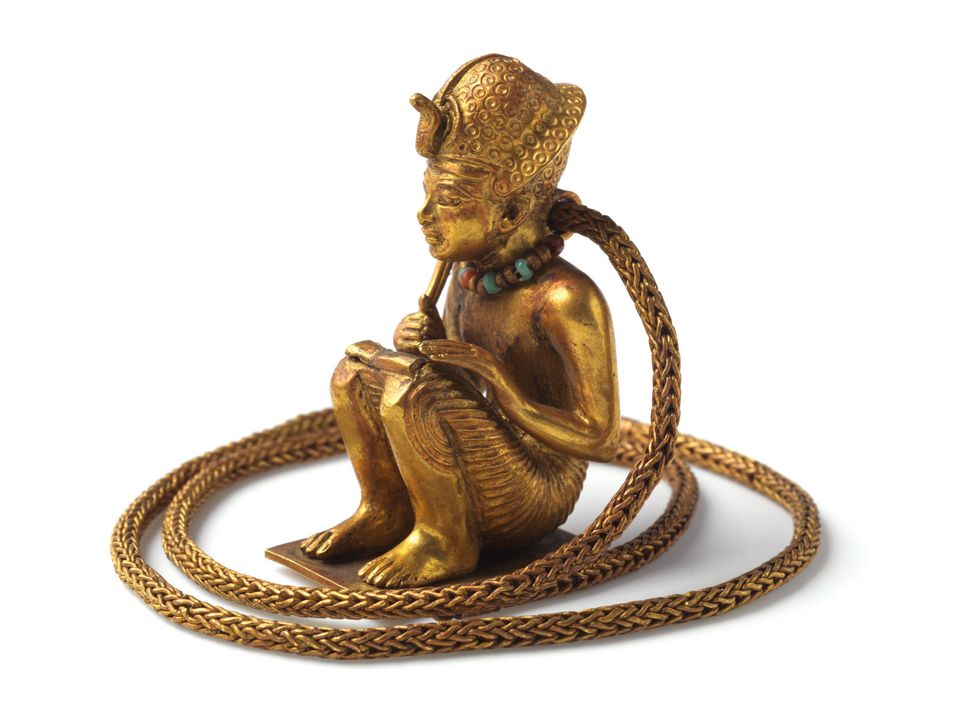 When the British archaeologist Howard Carter discovered the intact tomb of Tutankhamun in the Valley of the Kings in 1922, he believed a 5cm-tall squatting figure (below) to be a depiction of King Amenhotep III, Tut’s grandfather, because it was found with a lock of hair belonging to the young pharaoh’s grandmother, Queen Tiye. Carter surmised that both statuette and hair were tokens of remembrance of the boy king’s grandparents.

The gold statuette (1336-1326BC) was last shown in France more than 50 years ago and at the time Howard’s identification was still widely accepted. But when it returns in March as part of a major travelling exhibition of artefacts from Tutankhamun’s tomb, it is likely to carry a new identity. Scholars now think the object is a likeness of Tutankhamun—in part, on the basis that the figure has pierced ears, which Tut was known to have but his grandfather did not.

The piece is among 150 artefacts from the Grand Egyptian Museum in Cairo on a ten-city tour. The objects, around 60 of which have not left Egypt before, are being shown abroad before being housed permanently in the museum, due to open in 2020.

The proceeds from the tour, which started in Los Angeles, will be used to support the Egyptian museum and archaeological sites in Egypt. Paris is the tour’s second stop and the next venue is London's Saatchi gallery (2 November-3 May 2020); future venues and dates have yet to be announced.