Condoms, clean needles and comedy take to the walls in HIV-Aids poster show

As the world grapples with the Covid-19 pandemic, public campaigns around another virus are explored in an exhibition at the Folkwang Museum in Essen 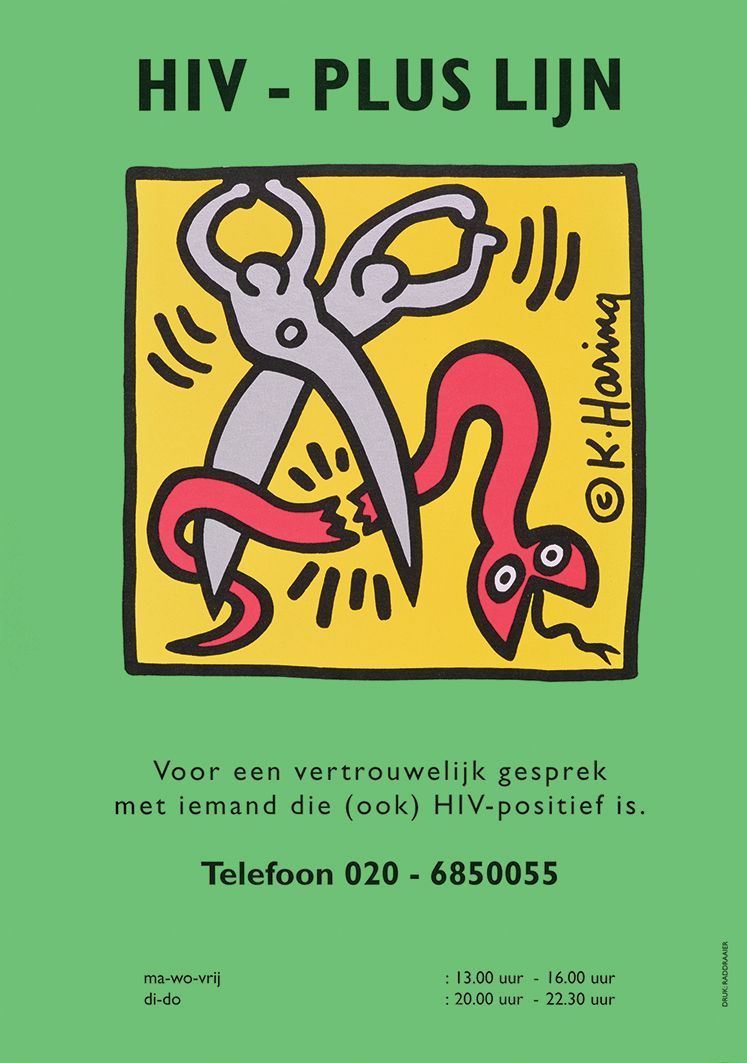 An HIV-Aids education poster, with an image by Keith Haring, appeared in the Netherlands in 1990

While the world is focused on Covid-19, Essen’s Folkwang Museum is taking a close look at another global epidemic that has threatened lives for much longer but has almost slipped out of the public consciousness.

The museum bought 1,500 Aids posters in 2018 from a collector who travels around the world buying, swapping and selling posters on diverse themes, says René Grohnert, who runs the posters department at the museum. The Folkwang—with a collection of more than 350,000 posters in total—has more than 2,000 relating to HIV-Aids.

The exhibition coincides with a major survey devoted to Keith Haring, the New York artist and HIV awareness activist who died in 1990 as a result of the disease. Both shows were conceived long before Covid-19 struck and had to be postponed because of lockdown.

Some of the posters are humorous, some are brutally frank, and some are puritanically evasive

The range of posters in the exhibition will be diverse: some are humorous, some are brutally frank, and some are puritanically evasive. Most either offer practical recommendations to use clean needles and condoms or call for solidarity with victims and warn against stigmatisation.

Perhaps the starkest images are three black-and-white posters by Gilles Dusablon, Linda Dawe and Stephane Gaulin from Canada, depicting statues: two show marble couples engaged in unprotected sex, another a woman injecting drugs. They are arranged on tombstones engraved with the words “Aids is still circulating”. 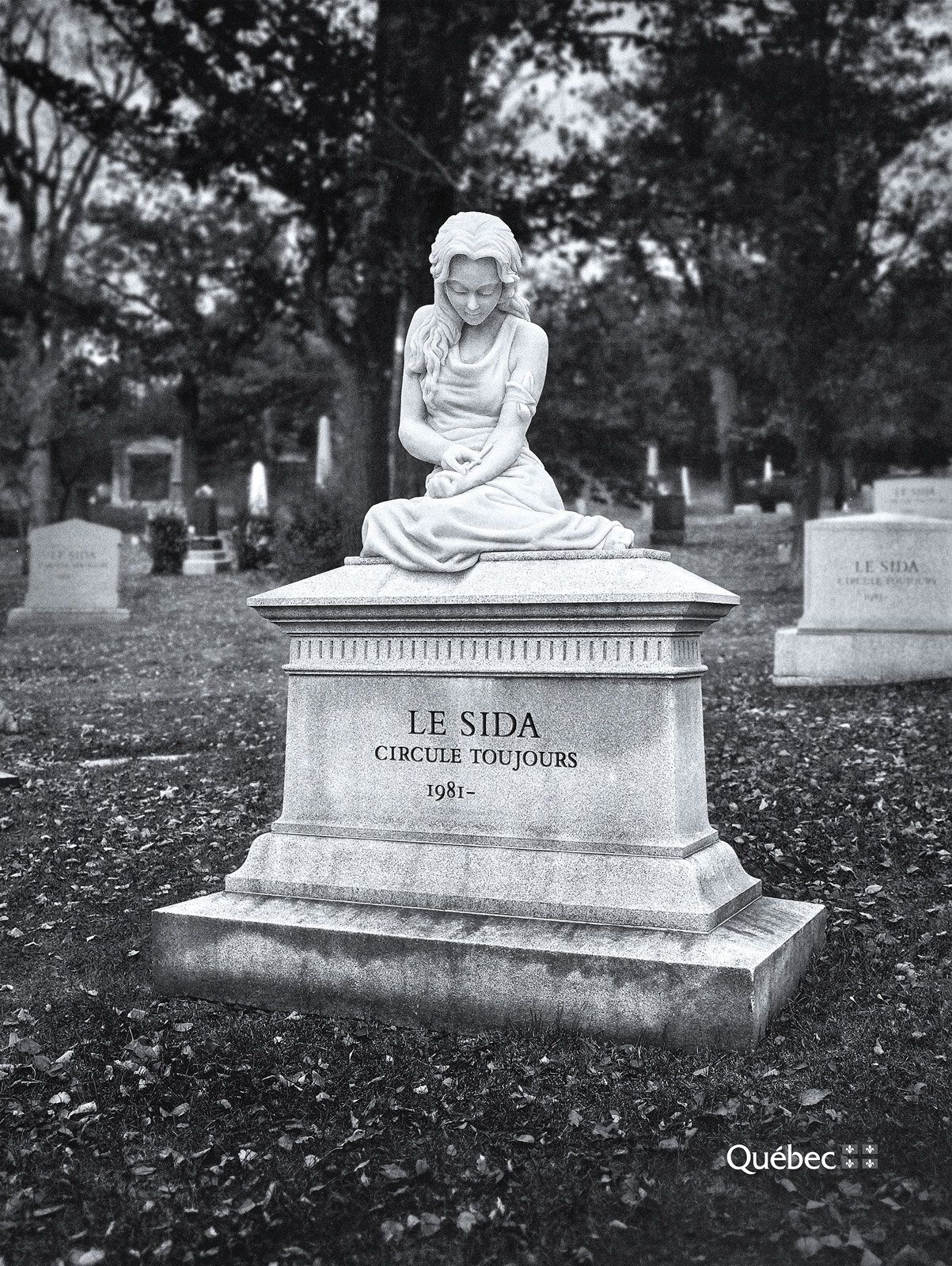 One of the Canadian posters designed by Gilles Dusablon, Linda Dawe and Stephane Gaulin

Some posters are more pragmatic: a Kenyan poster warns “Aids brings death to family farms. Who is left to do the farming?” The earliest, from New York, date back to 1983–84; peak campaigning was in the 1990s and early 2000s, Grohnert says, adding that HIV-Aids activists in Germany and Austria are helping promote the show.

Since the arrival of treatment, the virus has fallen out of focus. But, as Grohnert points out, HIV-Aids has not gone away and many of those affected cannot afford life-saving medication. The World Health Organisation estimates that 37.9 million people were living with HIV in 2018, around 1.7 million of whom were infected that year. As many as 770,000 people died as a consequence of HIV in 2018.