Arte Povera at Prada: first major survey of Jannis Kounellis since his death opens in Venice 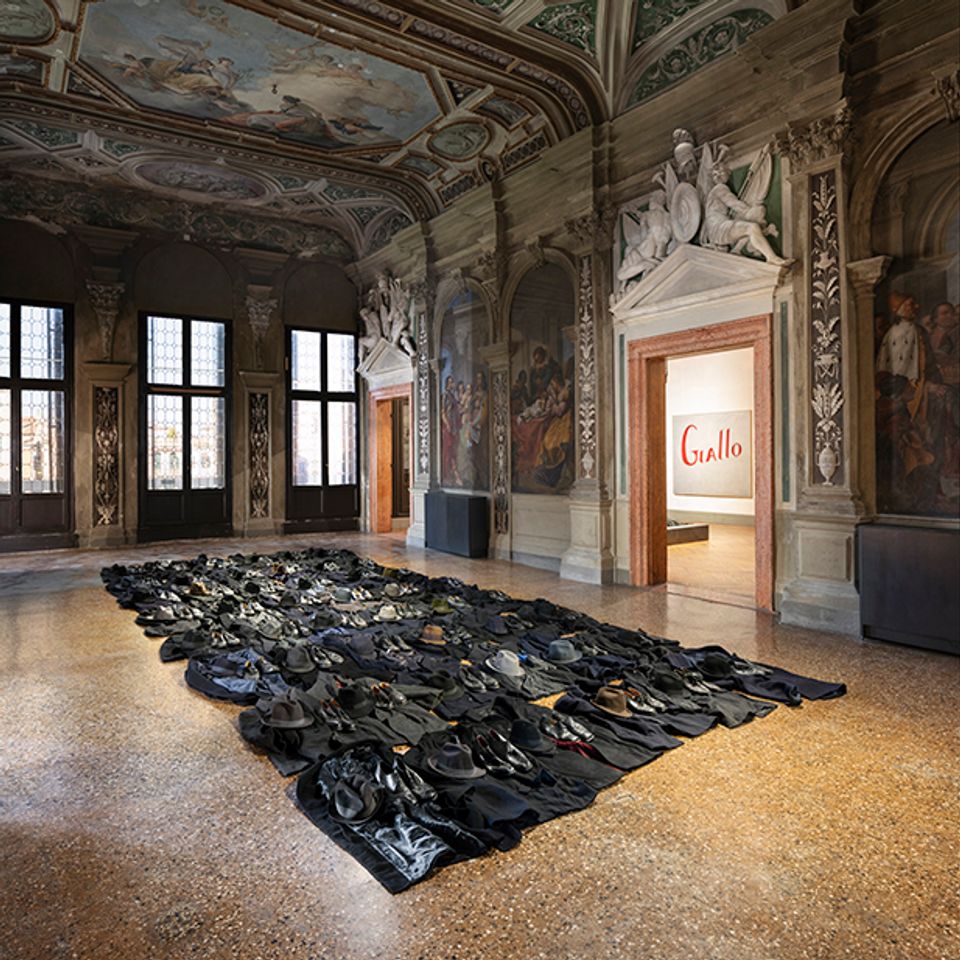 The first major survey of the Jannis Kounellis since his death in 2017 will open this week at the Fondazione Prada at Ca’ Corner della Regina in Venice. Kounellis was one of the leading figures of Arte Povera, the term coined in 1967 by the curator Germano Celant to describe a group of young Italian artists who rejected traditional processes and materials. Celant has organised an exhibition that will bring together 70 works dating from 1958 to 2016, across the three floors of the 18th century palazzo.

“For Kounellis there is no peace, his art is an act of continual being, it is contradictory and captivating, always seeking to propose variable spaces,” writes Celant in the catalogue of the show, highlighting the complexity and fluidity of Kounellis’ practice—the reason that makes any retrospective devoted to this artist a challenging endeavour.

The exhibition sets out to show the transition from the artist’s early pictorial production of the late 1950s and early 60s—with canvases featuring numbers and letters mimicking those on the streets of Rome—to works incorporating everyday materials, created from 1967 onwards, that Kounellis is best known for. These sculptures and installations were created out of common or “poor” materials, such as coal, cotton, sackcloth and lead, which were often juxtaposed with other elements including live animals and even fire. 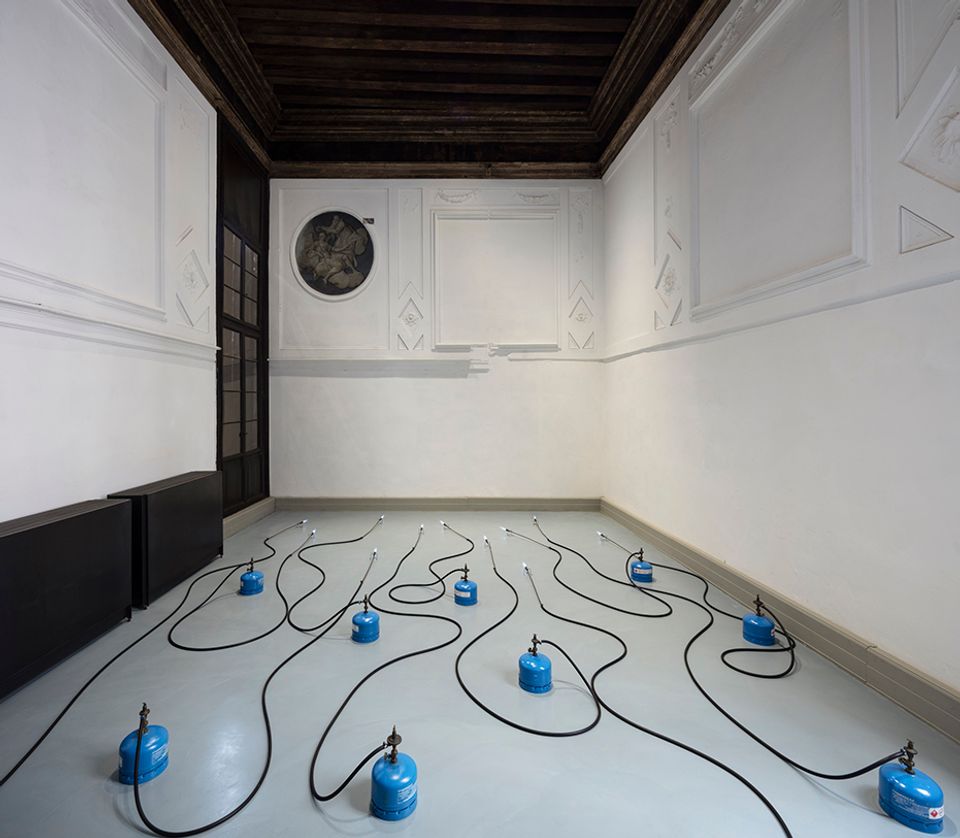 Despite moving into sculpture, Kounellis continued to think of himself as a painter. In a 2016 interview with Apollo magazine he said: “I have the mindset of a painter. That’s my identity […] In Greek the word for painter is zōgraphos, which means someone who draws life.” He did return to painting but combined it with a parallel sensory dimension: sound. In a 1971 performance, which will be recreated for the exhibition, a violoncellist played the musical score from Bach’s Passion According St. John (1727) that is painted on a canvas hanging on a nearby wall.

Among the highlights of the show will be Untitled (Tragedia civile) (1975), a dramatic “self-portrait” of the artist made from a wall covered in gold leaf and black clothing hanging on a coat rack; and a more recent work Untitled (2013), made up of two train tracks that support six iron structures, each of containing 200kg load.

The survey, which was developed in collaboration with the Archivio Kounellis, will also include the artist’s theatre projects, documentary materials, films, catalogues and archival photographs tracing Kounellis’s career.