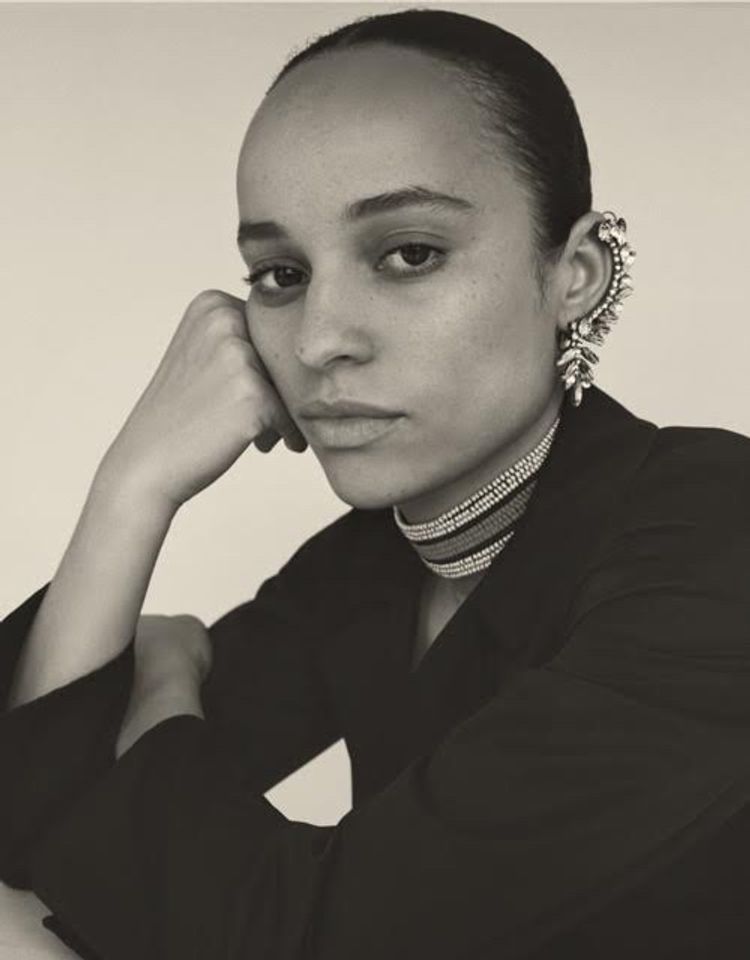 At the age of just 28, Grace Wales Bonner has already won a stellar reputation not only as a menswear designer, but also as an academic thinker. Her collections, which seek to redefine traditional notions of black male identity, reference post-colonial theory and a wide range of literary and artistic traditions.

For her first major institutional show— Grace Wales Bonner: A Time for New Dreams— at London’s Serpentine Galleries, she will transform the space into a spiritual realm, inviting a group of black artists to create "personal shrines" around the gallery.

These shrines—portals into each artist's ancestry and personal inspirations—will feature Paul Sepuya’s photographs, Eric Mack’s textile works, carpet installations from the conceptual artist Rashid Johnson and floral sculptures by the 2018 Sobey Art Award-winner Kapwani Kiwanga. All of which will turn the Serpentine Sackler Gallery into a “mystically charged alternate-dimension”, says the show's co-curator Claude Adjil. The American musician Laraaji, as well as creating his own personal installation, will also be making a non–physical shrine by way of sound, giving a live-performance at the show’s opening (18 January). Wales Bonner’s own altar will be an homage to “those who came before her”—notably black artists like James Hampton, and photographer Rotimi Fani-Kayode.

Adjil says that the exhibition will be multi-sensory with both sound and smell to play a role in turning it into an immersive experience. Adjil adds that in considering so many aspects of sense, Wales Bonner is looking to bring a heightened awareness to visitors' bodies as they move around the space. Magical realism and a sense of “shared rhythmicality” as a means of transcending certain cultural boundaries feature heavily in the show, which is the gallery’s first to be curated by a fashion designer and will also serve as an introduction to Wales Bonner’s autumn/winter 2019 collection. 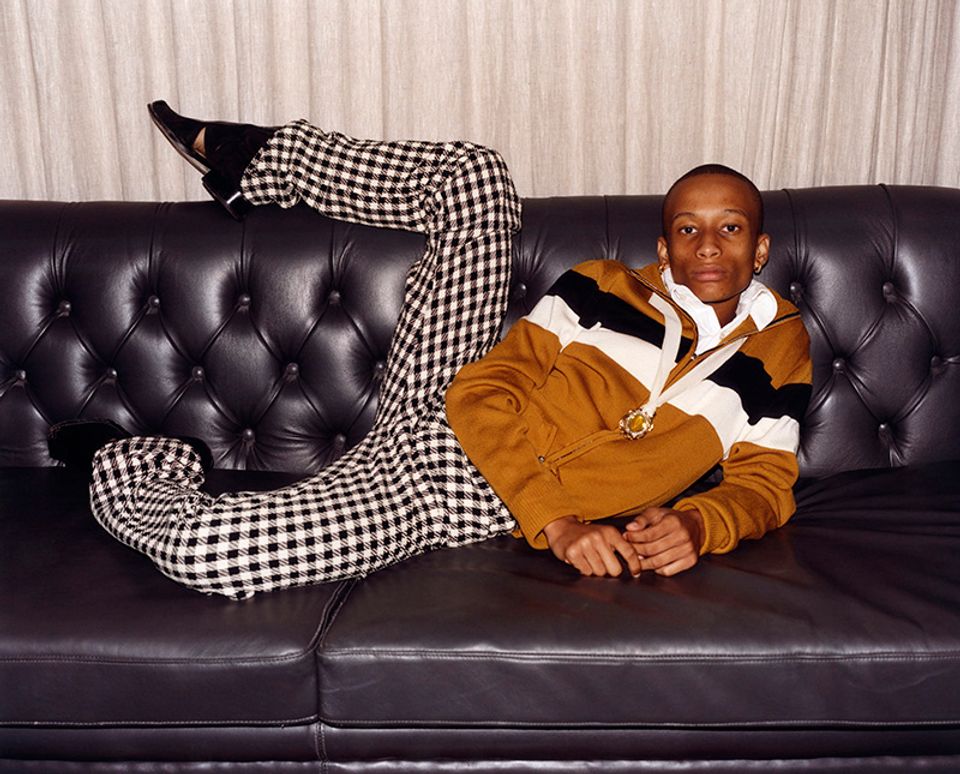 The Art Newspaper: What will visitors gain from this exhibition that they would not from seeing your clothes on the runway?

Grace Wales Bonner: At the core of what I do is deep research, and fashion is just one medium for presenting an idea. I’m interested in how these same ideas can be transmitted through sound, literature and, of course, artwork. This show gives a more complete vision of the world of Wales Bonner and opens up the themes I engage with to a wider audience.

Do you draw any distinction between your role as an artist and a designer?

The processes are certainly different, especially as creativity within fashion is channelled into one very specific avenue and outcome. But I feel grateful that people have understood from early on that I’m trying to communicate something to beyond just a fashion audience. My ideas always sit within a context that is broader, and my reference points don’t really come from fashion. In that way, this show feels like a natural progression from one discipline to another.

Can you tell us about the theme of mysticism that you explore in your show, especially in how it relates to your own background?

I’m examining these themes in their relation to black aesthetics. My research on spirituality within Caribbean cultures and Haitian voodoo practises opens up into a wider exploration of how elements of ritual and mysticism originating in West Africa and the Caribbean have been transmitted across the Atlantic. These themes feel like a natural evolution from my previous collections, in that they explore connections to one’s ancestry and a certain 'rhythmicality' which originates from traditional worshipful dance.

How will fashion feature in this show, and how will these themes be present in your new collection?

Clothing won’t feature in the show but the research behind it will inform my next collection. I’ve been looking at the personal wardrobes of certain African-American artists like Ishmael Reed and Betye Saar, and the clothes worn at traditionally black colleges like Howard University—especially the brotherhoods and intellectual circles within them during the 1980s. 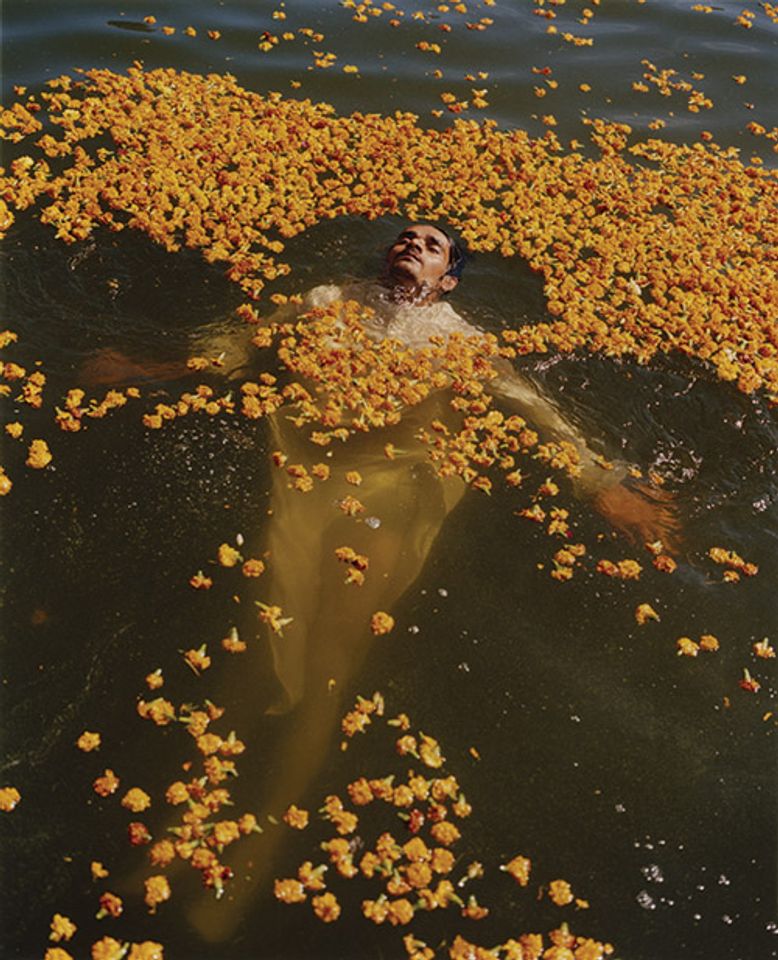 Do you consider your work as engaging with queer aspects of the black male identity?

While that's not a word I use directly as I don’t necessarily think that it is my space to, it’s definitely something that my work and research considers. My approach is more about thinking across a spectrum of representation— more about a fluidity and blurring of identity rather than fitting into one strict category. My work and art is largely about being playful and free and maybe for that not being assumed to be anything specific.

You and Kerry James Marshall both seem to enjoy engaging with the Western art-history canon, which can be hostile to blackness. How do you deal with that?

I very much relate to engaging and participating in the wider narrative and I’ve always talked about the greater potential of disrupting something if you are inside it, especially in relation to something like a formal institution. While I don’t consider myself an outsider, as a British Jamaican I’ve always been connected to more than one culture and heritage, so this sentiment of being simultaneously without and within certainly isn’t something I resist.