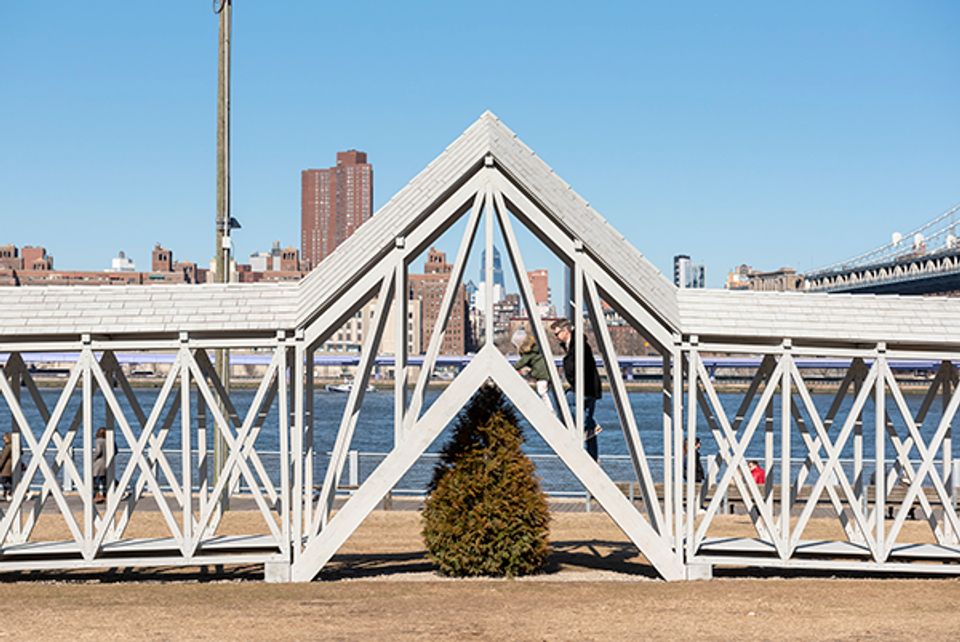 The Iranian-born, US-based artist Siah Armajani’s first major retrospective in his adopted county includes paintings, collages, sculptures and maquettes made from the mid-1950s until today. Armajani has “what seems like such a diverse practice at first glance”, says the curator Clare Davies, who has organised the Met Breuer’s leg of the exhibition. “But there is this thread that runs through a lot of it: he’s really interested in how language can transform people, and the different ways that that gets implemented in the physical world,” Davies says.

Armajani arrived in the US in 1960 to go to university in Minnesota. He says he left Iran as he “was in danger of being arrested” for his activism. The collages that Armajani made in the 1950s as a young political activist borrow language from poems, school texts and even spells he procured from a scribe he met outside a post office.

His sculpture Dictionary for Building: The Garden Gate (1982-83), made from wood and books, looks at the relationship between “speech that’s supposed to transform its listeners” and architecture, Davies says. The work combines the form of a minbar (a pulpit in a mosque) with “elements of vernacular American architecture and references to Russian Constructivism”. There will also be a section dedicated to his work made for public spaces and will include a key piece, Sacco and Vanzetti Reading Room #3 (1988). 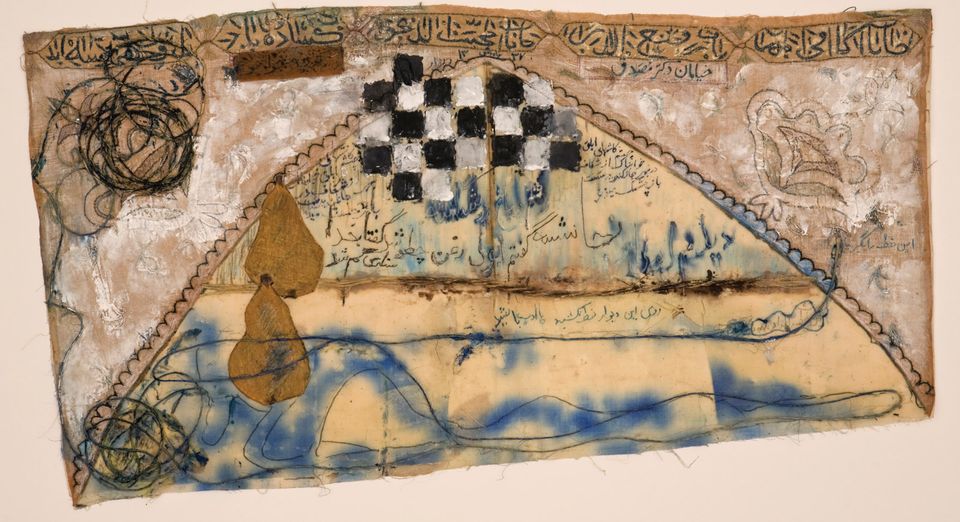 Siah Armajani, Wall (1958) from Collection Kristi and Dean Jernigan Courtesy of the artist

It would be “unthinkable to have a retrospective [on Armajani] without having his [outdoor] public work”, says Nicholas Baume, the director and chief curator of the Public Art Fund. The organisation has commissioned Armajani to recreate one of his best-known works in Brooklyn Bridge Park. Bridge Over Tree (which Armajani calls “a poetic documentation about Heidegger’s notion of ‘location’ and ‘neighbourhood’”) is a covered bridge structure, mostly on the ground with a very slight incline, then a steep rise in the middle to traverse a small tree. The work has not been exhibited since its first presentation at the Walker Arts Center in 1970. “We’re obsessed right now with walls,” Baume says. “I think it’s about time we started talking about bridges.”

The Met Breuer exhibition has been co-organised with the Walker Art Center, where the show opened late last year.