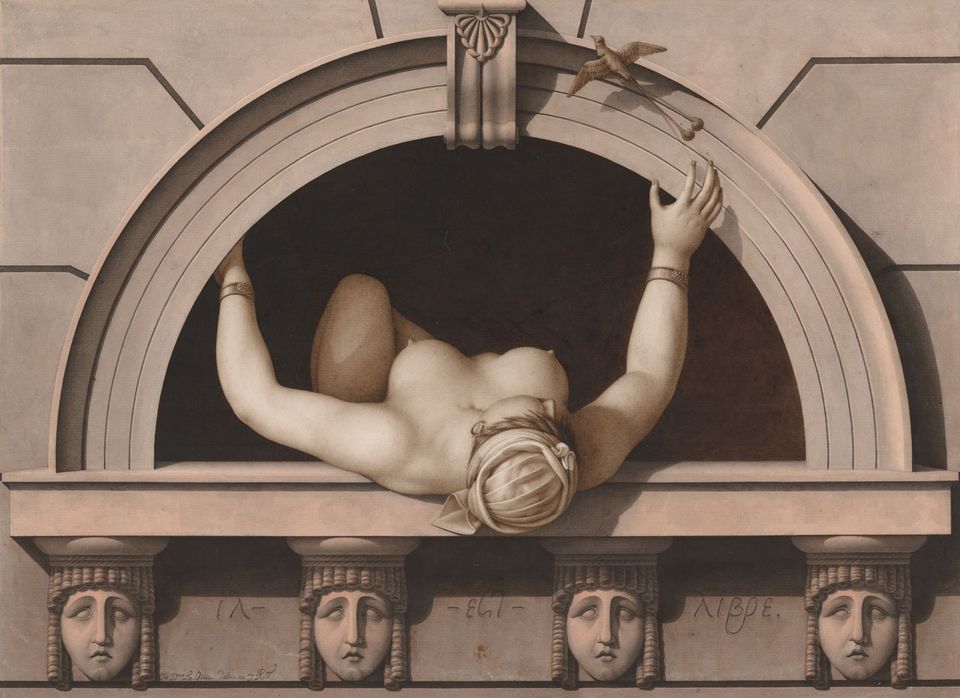 Jean-Jacques Lequeu’s works, such as Il est libre (1798), were considered too decadent for post-Revolution France © BnF

The story of Jean-Jacques Lequeu (1757-1826) is one of abject failure. Born in Rouen, he was sent to study architecture in Rome in his early 20s and, on his return to Paris, failed to make his mark either as a practising architect or an architectural theorist. None of the few buildings he designed survives. What little fame he had was as an imitator of the visionary architects Etienne-Louis Boullée and Claude-Nicolas Ledoux who specialised in the popular fantastic prints of imaginary buildings that followed the lead of Giovanni Battista Piranesi’s Escher-like prisons.

Lequeu failed to ride on Boullée’s and Ledoux’s coat-tails as the public found his work too bizarre and distasteful, even for the libertines of this period. His architectural fantasies—such as a monument to Priapus, explicit phallic symbols, vast megalomaniac towers, a cow-shaped dairy, eclectic Gothic and antique constructions—violated the conventions of symmetry, stylistic purism, proportion and taste. 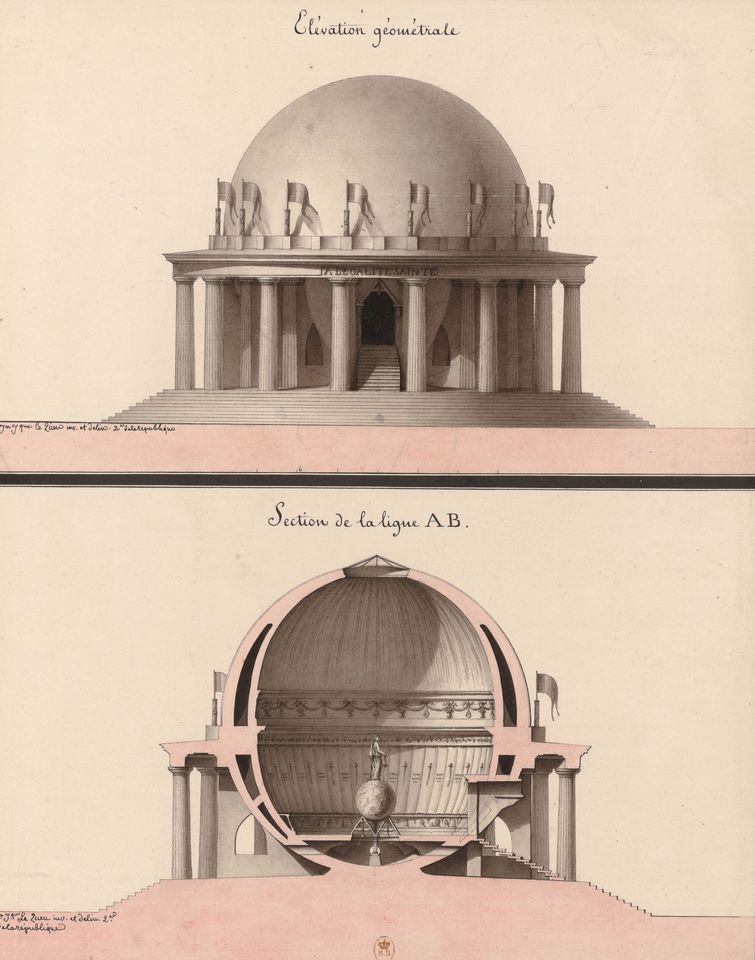 Jean-Jacques Lequeu's design for a temple of equality © BnF

It was only with the advent of Modernism, especially Surrealism and Dada, that Lequeu’s fantasies found favour, at last becoming comprehensible to eyes trained to see differently. The loser became a winner, whose posthumous rewards include this show of several hundred drawings and prints, organised in collaboration with the BN. 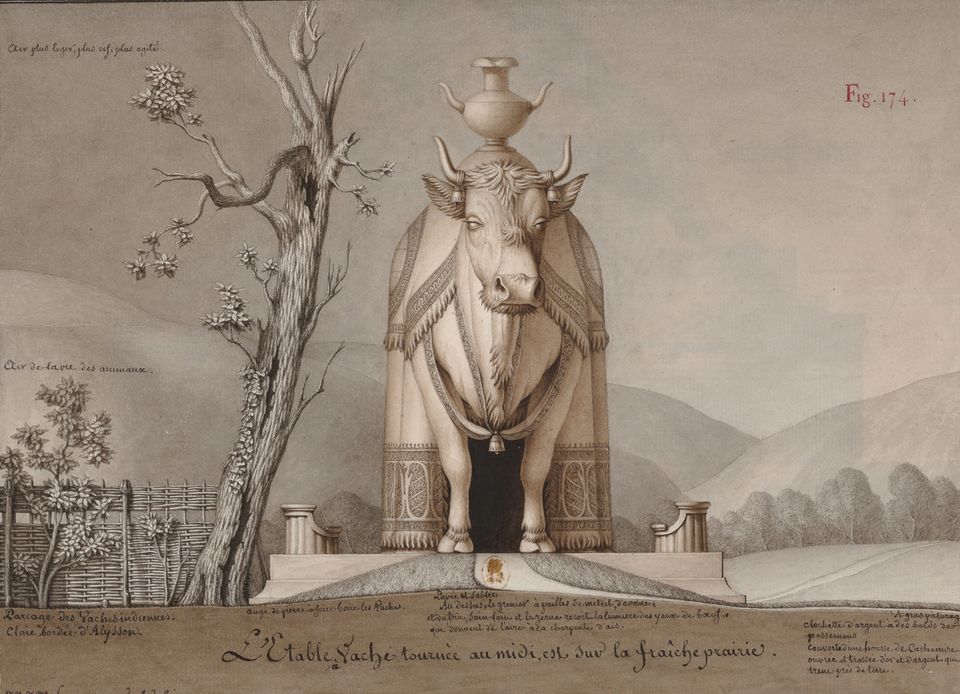 Jean-Jacques Lequeu’s drawing of a cowshed or dairy © BnF