Lift-off for the 50th anniversary of the Moon landing 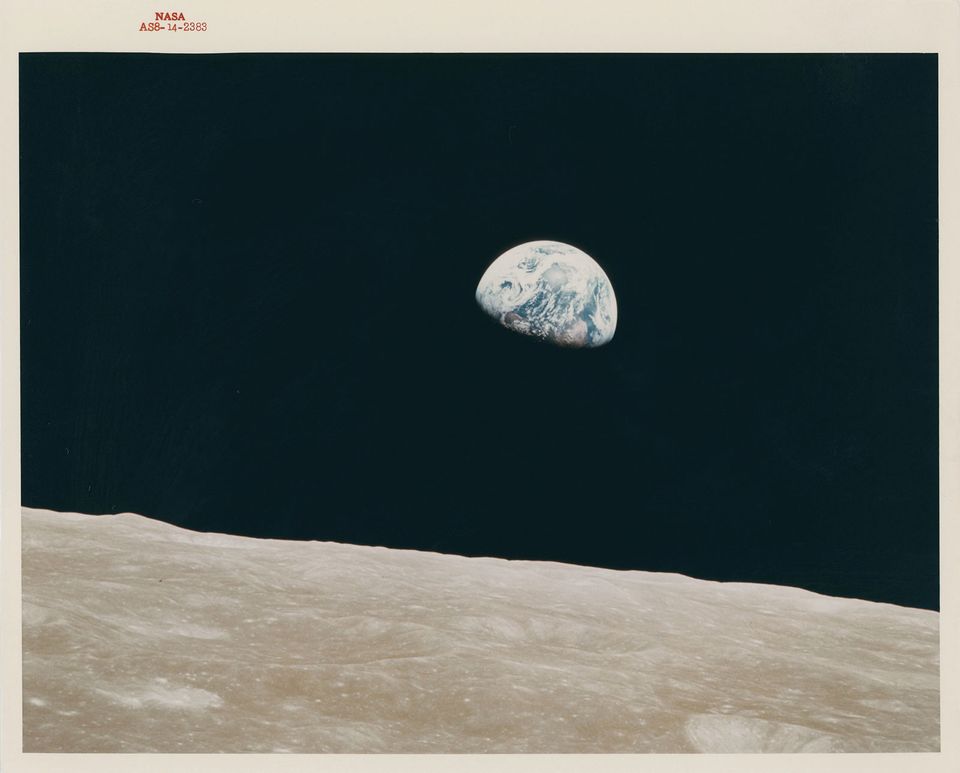 Institutions around the world are turning their sights skyward this spring to commemorate the 50th anniversary of man’s first lunar landing in July 1969. Kunsthaus Zurich’s Fly me to the Moon launches with around 200 objects that explore man’s poetic and political dance with Earth’s constant companion. Romantic-era paintings like Albert von Keller’s Mondnacht/Versuchung (moonlit night, temptation, 1893) capture the picturesque moodiness of moonlight here on Earth, while the Blue Marble image of Earth taken by the Moon-bound Apollo astronauts inspires sublime awe. Yet the thrust of the exhibition will be the critical eye it turns toward the way humans have used the extraterrestrial body to motivate social, political and economic agendas.

The curator Cathérine Hug says that, with the exception of war, “landing on the Moon has been the most expensive endeavour in history”. Being so far and so close at the same time, the Moon has provided a convenient projection space for utopias and the promulgation of scientific promise. “Obviously the symbolic power of stepping foot on it is huge,” Hug says, and the art this event has since inspired provides an “excellent way to reflect” on its far-reaching implications. She cites as an example how the Moon was used as a mass-media marketing tool to fuel the Cold War, echoed in works such as Hannah Hoch’s collage Dedicated to the men who conquered the Moon (1969) and Andy Warhol’s Moonwalk (yellow) from 1987.

“The symbolic power of stepping foot on it is huge”

Though that particular crisis has waned, others wax in the 50-year wake of the Moon landing, and contemporary artists continue to use the orb’s symbolic power to push for social change here on Earth. “The fact that only white men have been on the Moon, even though their mission was [claimed] for the whole [of] humanity, triggered the reaction of many artists,” Hug says. Sylvie Fleury’s humorous neon installation, High Heels on the Moon (2005), addresses the gender divide in Moonwalking, while works such as Yinka Shonibare’s Space Walk (2002), which features two “afronauts” with stylised wax-printed space suits, makes clear the colonialist impulses that fuel the race to claim space. 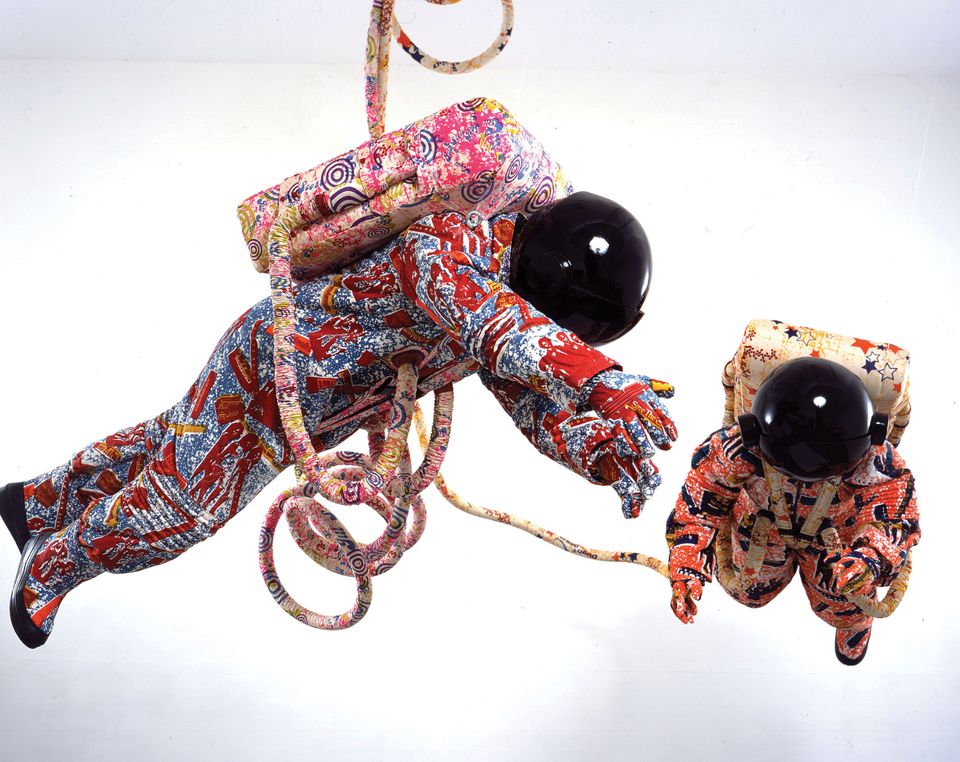 Fly Me to the Moon is just one of several exhibitions opening this month that survey both the lunar landscape and the sometimes-pockmarked social terrain it encompasses. The British sculptor Antony Gormley has teamed up with the American astrophysicist Priya Natarajan to digitally recreate the lunar surface for a virtual reality installation at London’s The Store X (5-25 April) that “transports” visitors from The Strand to the Moon. Meanwhile, La Lune at the Grand Palais in Paris (3 April-22 July) retrospectively chronicles through art, literature and scientific instruments how issues of nationalism and systemic inequality have all been realised by the light of the Moon.

Hug hopes that revisiting the lunar landing can ultimately engender a sense of perspective on more Earthly matters. She joined a space-travel training parabolic flight to experience zero gravity as part of her Moon-theme research. “It made me think about the interrelationship of things”, she says, and how, like the Earth and Moon, we are all forever “intertwined bodies”.

The show is supported by Swiss Re, Pro Helvetia and the Truus and Gerrit van Riemsdijk Foundation.

By the Light of the Silvery Moon: a Century of Lunar Photographs from the 1850s to Apollo 11, National Gallery of Art, Washington, DC, 14 July–5 January 2020