Sculptures and drawings by the Russian Constructivist who “lived his life out of a suitcase” to go on show at Tate St Ives—close to where he once lived. 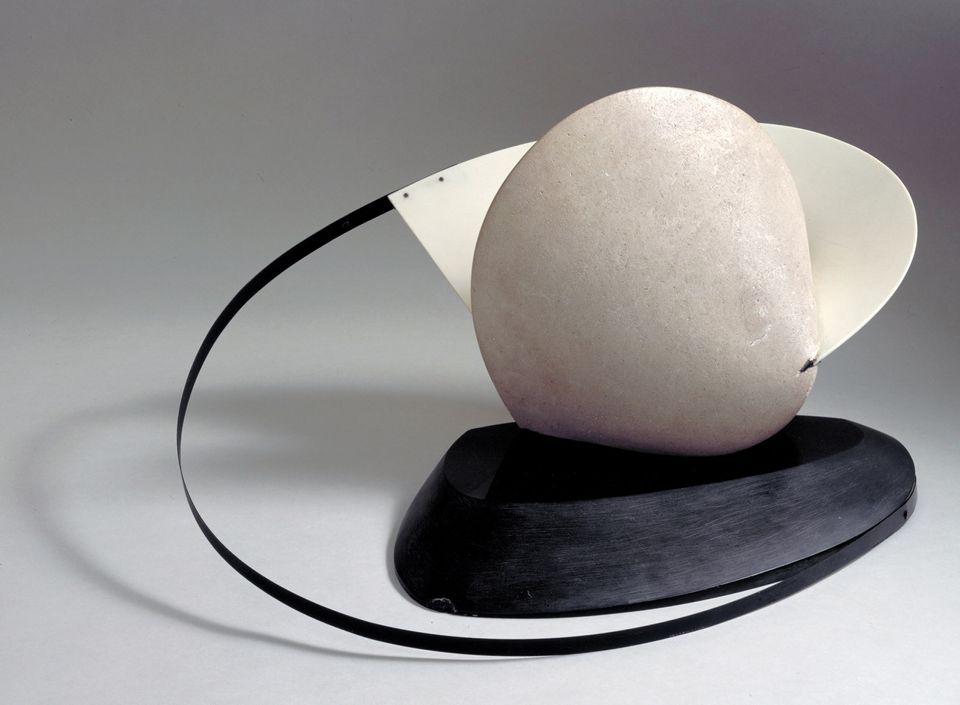 Gabo’s Construction: Stone with a Collar (1933) is made from limestone, cellulose acetate and brass on a slate base © Nina & Graham Williams; Tate, 2019

The existence of Tate St Ives, a branch of the UK national museum in a small Cornish seaside town, is testament to the extraordinary history of art that unfolded there in the 20th century. Artists associated with St Ives include the potter Bernard Leach, the fisherman and self-taught painter Alfred Wallis, and the urban modernists who “discovered” him, Ben Nicholson and Christopher Wood. With the Second World War looming in the summer of 1939, Nicholson, the sculptor Barbara Hepworth and their young triplets quit London for Cornwall; Hepworth never left.

Perhaps the most unlikely member of the abstract avant-garde group that clustered around them during and after the war was their friend Naum Gabo, a Russian Constructivist who came to Cornwall’s Carbis Bay via Moscow, Berlin, Paris and London. Rather than dwell on Gabo’s Cornish connection, however, the first major UK exhibition of his work in 30 years seeks to “make sense of him in a broader context, for a contemporary audience”, says Sara Matson, the exhibition and displays curator at Tate St Ives. Her co-curators on the show are the gallery’s director, Anne Barlow, and Natalia Sidlina, curator of international art at Tate Modern.

The leitmotif of the exhibition is Gabo’s 1920 Realistic Manifesto, co-signed by his elder brother Antoine Pevsner (Naum changed his surname to distinguish himself) and published in post-revolutionary Moscow, which proclaimed space and time as the essential basis for art, as in life. For Gabo, who was born into a family of engineers and studied medicine and natural science before moving on to philosophy and art history, “realistic” meant art that incorporated new science and technology, that could speak to contemporary society and even effect social change, Matson says. “He wanted to take art out of museums and away from the select few.”

“Because he lived his life out of a suitcase, a lot of his work was flat-packed and then reassembled.”

With around 80 works drawn largely from the Tate’s own collection and that of the Berlinische Galerie, the exhibition will consider the application of the manifesto’s principles to Gabo’s multifarious “art for the modern world”. This dizzying range includes pioneering kinetic works, barely-there Perspex and nylon sculptures, unrealised architectural plans for a high-rise helipad and Stalin’s Palace of the Soviets, designs for Sergei Diaghilev’s 1927 ballet La Chatte and sketches for an experimental film that never was.

For a sculptor and designer, Gabo was remark-ably unattached to objects, seeking instead to “dematerialise” mass and harness the dynamic effects of light and motion. Nor was he precious about his own creations. “The idea was primary,” Matson says. “Because he lived his life out of a suitcase—as a migrant artist who moved to Western Europe and then to the United States—a lot of his work was flat-packed and then reassembled.” His small models served as prototypes that could be scaled up and translated into different materials decades after the original concept. Some ambitious endeavours never left the drawing board “because they were so experimental and expensive”. 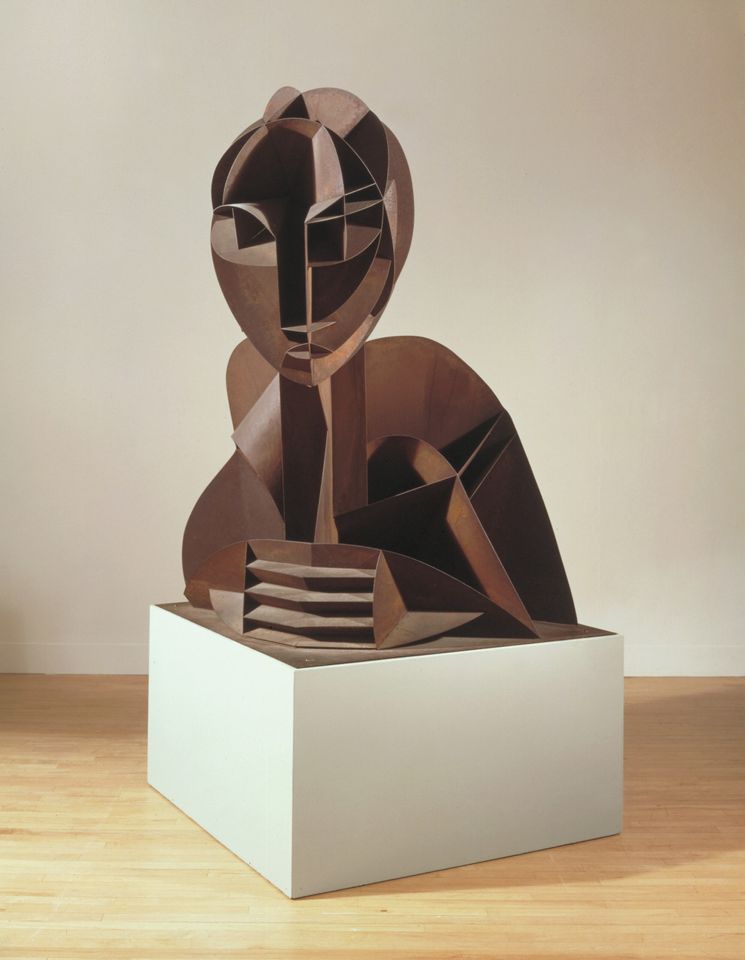 Gabo may be less of a household name today than his St Ives peers, in part because he never put down roots in one place for long enough to inspire “national ownership”, Matson suggests. But with the advent of the digital age, “it might also be that now we can understand his concepts of space and time better than we could”, she says. “It sounds like a cliché, but he really was an artist ahead of his time.”