As the Yanomani way of life is threatened once again, we hear from the photographer ahead of a major show at the Fondation Cartier 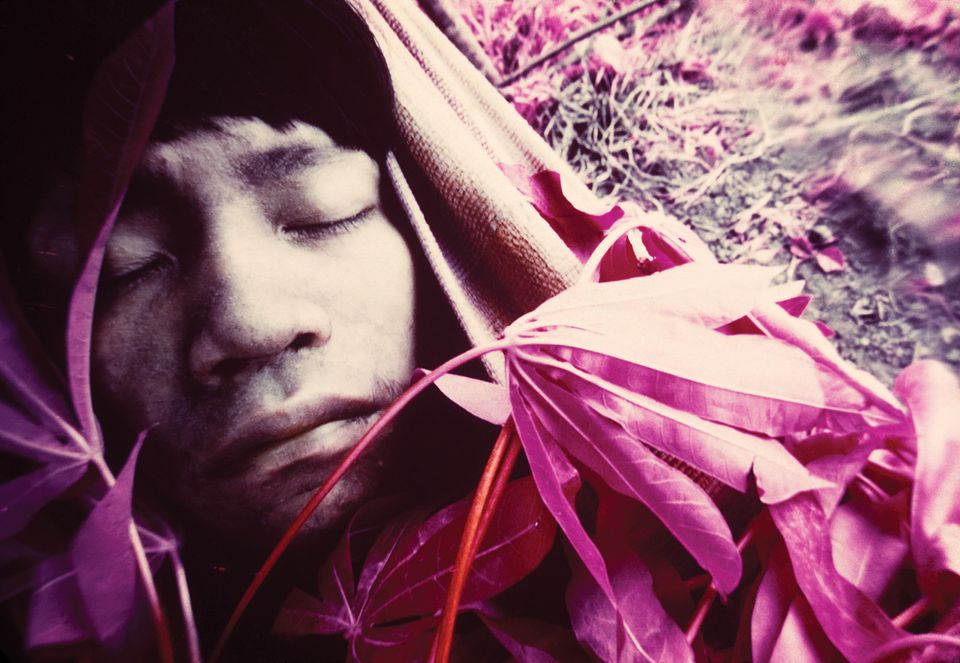 In the early 1970s, the Swiss-born Brazilian photographer Claudia Andujar abandoned her role as a magazine photojournalist to fulfil what she has described as her life’s purpose: photographing and advocating for the Yanomami, an indigenous people who reside in a remote area of the Amazon rainforest on the border between Brazil and Venezuela. In her own words, the octogenarian would like to be remembered as more than a visual artist—as “someone who fought for the life and survival of the Yanomami people”.

This week, Claudia Andujar: the Yanomami Struggle opens at the Fondation Cartier in Paris. It brings together around 300 photographs from Andujar’s archive, which holds more than 25,000 images she took during the five decades she devoted to documenting the complex culture of the Yanomami. The show also highlights her role as a human rights advocate for the Yanomami, including detailing the 1992 campaign she helped launch to demarcate Yanomami land.

The exhibition will include a video highlighting the fraught political situation in Brazil today. It shows the Brazilian president Jair Bolsonaro declaring his plans to tax indigenous people and exploit their land for corporate interests. Andujar hopes the exhibition will bring current political issues to light, as illegal mining and logging are still rampant in the area. She plans to travel to the opening of the exhibition in Paris with the Yanomami shaman and spokesman Davi Kopenawa, who helped launch the 1992 campaign to demarcate Yanomami land, a decree that the Bolsonaro government wants to reverse. 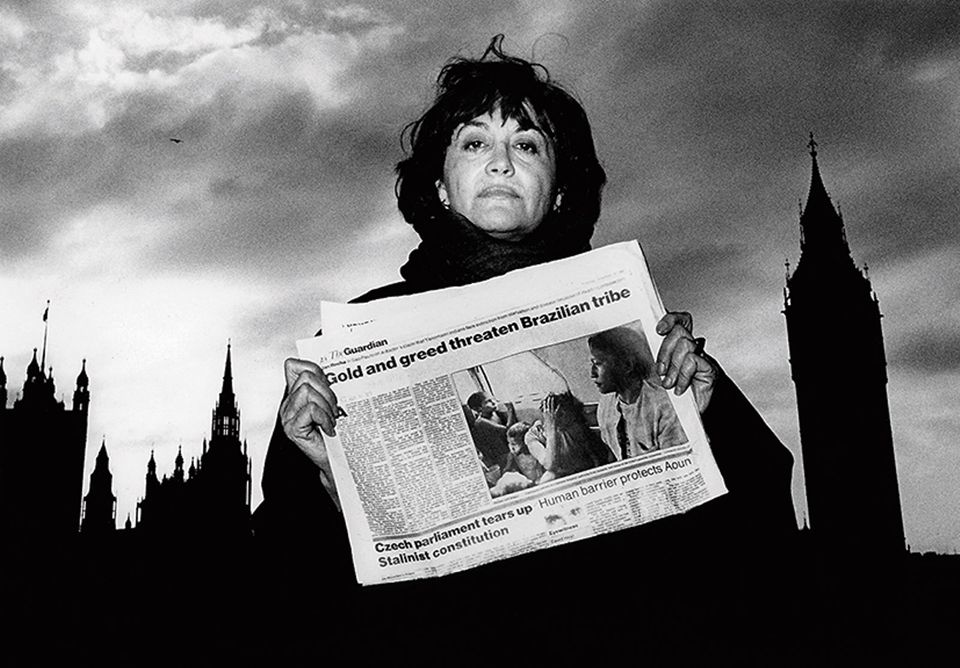 “Many years ago, when their land was demarcated, we thought the struggle was over, but it’s a fight that never ends”

“This government is not and won’t be doing much to help indigenous people, so we have to continue to fight and advocate for these people,” Andujar says. “The situation was complicated when I began my work and it’s still complicated.”

The Hutukara Yanomami Association, which represents Andujar, receives a part of the proceeds from the sales of her work to fund its advocacy work.

The curator Thyago Nogueira, the head of the contemporary photography department of the Instituto Moreira Salles in São Paulo, spent around four years working with Andujar to organise the exhibition. He approached the photo-grapher following the 2015 launch of a pavilion devoted to her work at the Inhotim arts centre in Brumadinho, Minas Gerais.

“Around the 2000s, Andujar became more important for museums and collectors, but there hadn’t been a clear analysis on the connection between her images and her political activism,” Nogueira says. “The activist dimension of her work was being overlooked by most institutions, and I felt we needed a stronger historical presentation that brought together both the aesthetic and political value of her work.” 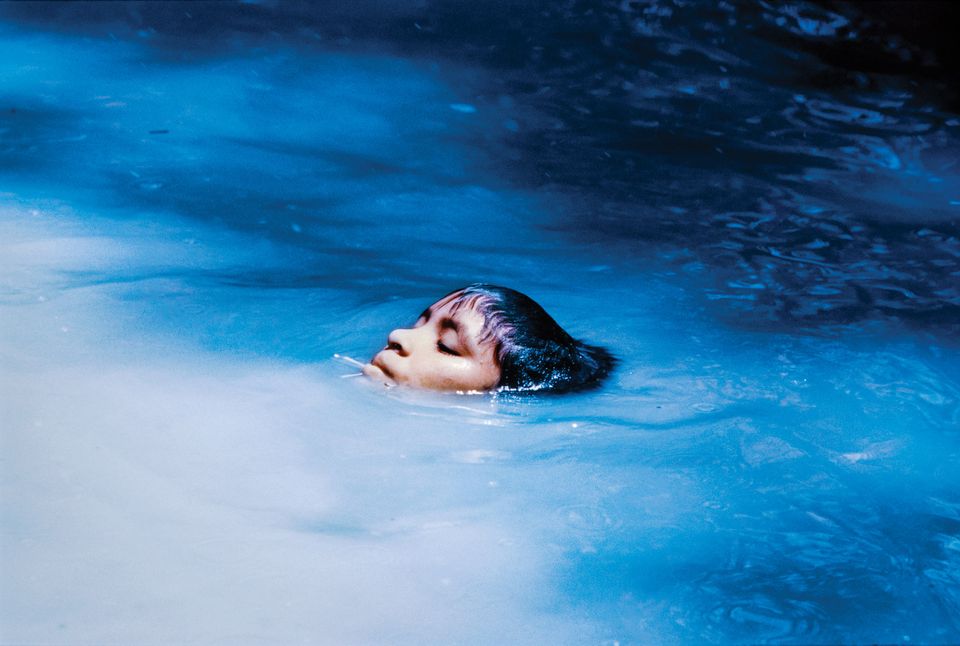 Andujar was born in Neuchâtel, Switzerland, in 1931, and spent her childhood in Transylvania before fleeing Nazi persecution by moving to Switzerland and then New York in 1946. She lived and studied in New York for a decade before rejoining her mother in São Paulo, where she was hired by the magazine Realidade to photograph the marginalised Karajá people of central Brazil, which launched her career as a photojournalist.

Andujar first encountered the Yanomami in 1971 while on assignment for Realidade. Her assignments “offered her the chance to connect with a subject [only] for a brief period of time, and, frustrated with certain limitations of photojournalism, she sought to embark on a long-term project”, Nogueira says. That year she was awarded a two-year Guggenheim fellowship to complete an in-depth photographic essay on the Yanomami; she received another in 1977 to continue the project.

The exhibition is organised chronologically and divided into two parts. The first part will show Andujar’s artistic exploration of the complex cosmogony of the Yanomami; the second part will focus on her activist work for the Yanomami, who continue to be threatened by the impact of climate change and illegal mining on their land. Some images show the devastation the Yanomami suffered as a result of contact and integration with the outside world, while others reveal significant aspects of Yano-mami culture, such as their rituals for shamanic initiation. 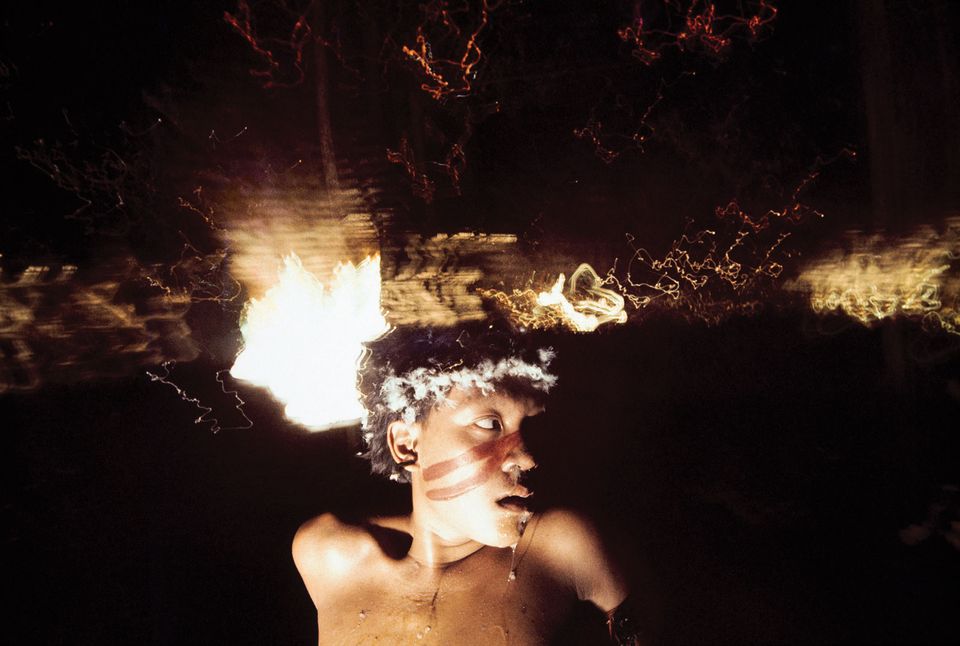 The exhibition will also feature an immersive audiovisual installation of projected photographs and music that blends Yanomami chants with an experimental soundtrack by the Brazilian composer Marlui Miranda. Andujar first conceived the installation, Genocide of the Yanomami: Death of Brazil (1989/2018), in 1989 as a protest against federal decrees signed that year to divide Yanomami land into reservations and allow some areas to be mined and developed.

A series of drawings made by the Yanomami will be also be included. “For them, drawing was something completely new,” Andujar says. “I didn’t tell them what to draw—I just gave them paper and pencils and they reproduced things from their culture.” The subjects include animals and imagery from Yanomami myths and shamanic rituals.

There are tentative plans to digitise Andujar’s photographic archive, according to Nogueira. As the Yanomami become increasingly threatened, in the future it may be impossible to tell their story without the help of the images that Andujar meticulously captured throughout her career.

“I hope this work illuminates the Yanomami culture and their plight, and that through this work I was able to show something that allows people to feel more connected to their situation,” Andujar says. “Many years ago, when their land was demarcated, we thought the struggle was over, but it’s a fight that never ends.”

The main sponsors of the exhibition are the Instituto Socioambiental and the Hutukara Yanomami Association.