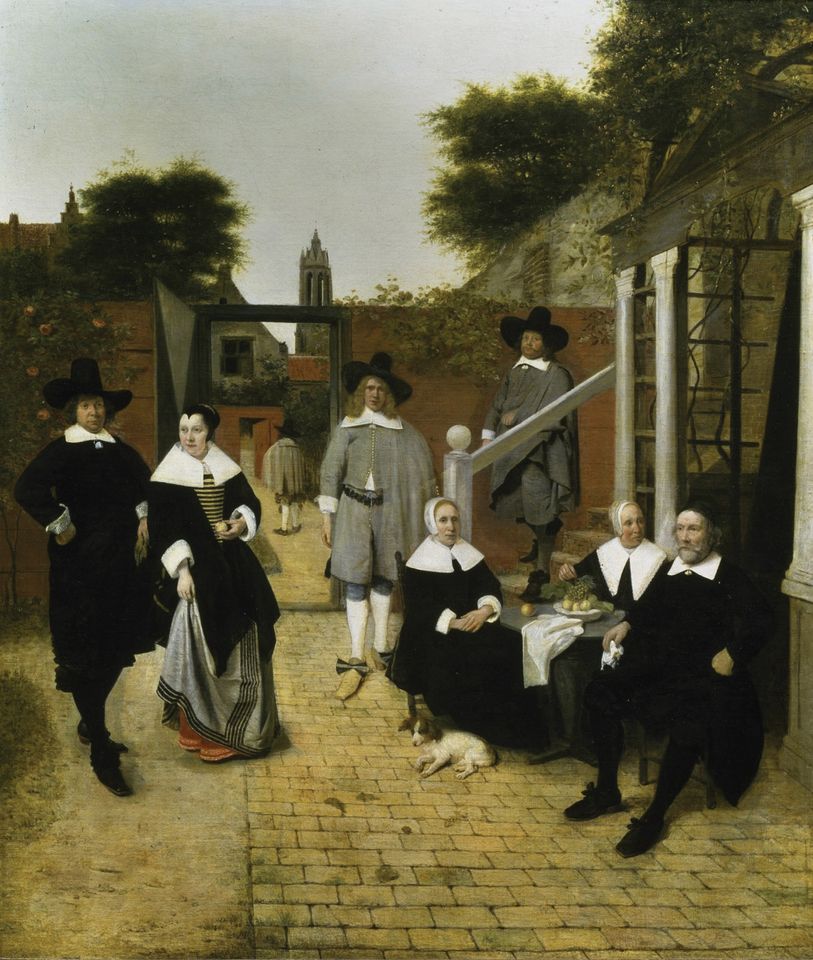 Pieter de Hooch has often been regarded as a slightly secondary Golden Age painter, at least compared with his brilliant contemporary Johannes Vermeer. Both worked in Delft; Vermeer for his entire career (1653-75) and De Hooch for a shorter period (1652-60). As members of the artists’ Guild of Saint Luke, they must have known each other, although no documentary evidence survives on their links.

The Museum Prinsenhof Delft is to hold the first survey of De Hooch in the Netherlands, opening this week, with 29 of his paintings (no drawings survive). None of De Hooch’s works remain in Delft, but along with pictures from other Dutch museums, works will also come from international lenders, including Cardplayers in a Sunlit Room (1658) from the UK’s Royal Collection and Portrait of a Family at a Courtyard in Delft (around 1657-60) from Vienna’s Academy of Fine Arts. The latter is one of De Hooch’s only family portraits that can be situated in Delft, recognisable by the Nieuwe Kerk spire in the distance, and which in the early 19th century was attributed to Vermeer by some critics.

The most intriguing question posed by the exhibition is how De Hooch and Vermeer influenced each other. De Hooch attained his mature style earlier, by 1658, and until then was the more innovative. Vermeer learned from De Hooch, quickly surpassing him. Vermeer’s work then spurred De Hooch to devise new themes.

Anita Jansen, the Prinsenhof curator, believes that De Hooch’s Delft courtyard scenes inspired Vermeer to paint The Little Street (1658). When it comes to their interior scenes, Jansen sees it as more of an “artistic rivalry”, with both of them looking at the other’s work.

In their own time, Vermeer was the more important (and expensive) artist, but during the 18th and early 19th centuries De Hooch maintained his reputation and Vermeer was almost forgotten. Now, of course, it is Vermeer who has achieved global fame. Hopefully, the De Hooch retrospective will once again put the spotlight back on this other Delft master.

The Turing Foundation is the main supporter of the exhibition.