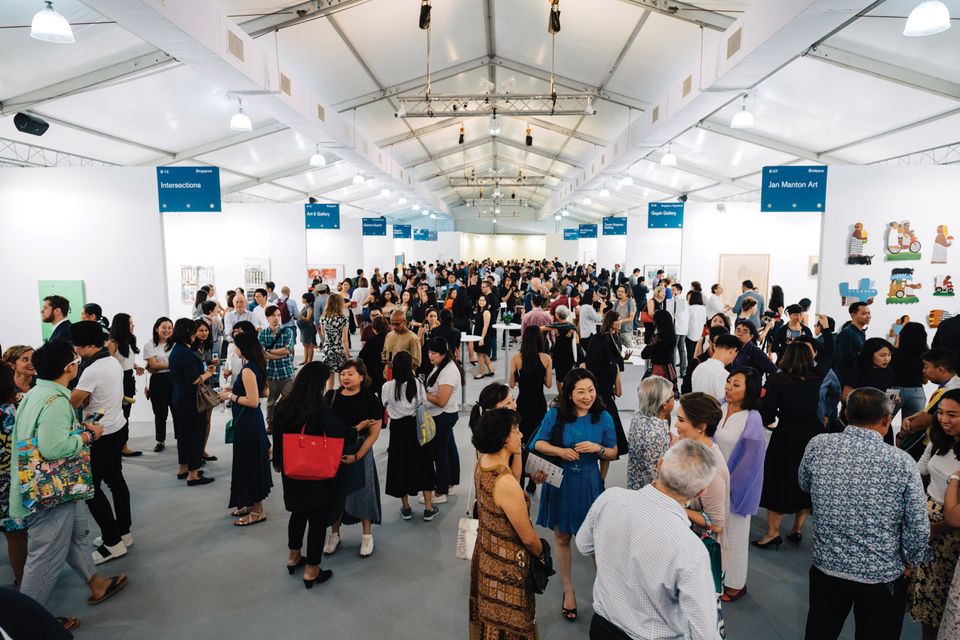 At an interesting time for both cities, a pair of fairs in Singapore and Taipei open for their second editions this year, just ahead of Chinese New Year (24-30 January). Singapore’s SEA Focus, which highlights Southeast Asian contemporary art, spearheads the city-state’s eight-year-old art week (11-19 January), which is still recovering from the abrupt cancellation of Art Stage Singapore in January 2019.

Meanwhile, the larger, more international Taipei Dangdai opens right after Taiwan’s presidential elections on 11 January and must contend with the Chinese mainland government’s ban on travel by its nationals to the autonomous island that it claims as its own.

The two cities are vying for a slice of embattled Hong Kong’s cultural cache and art trade, with Singapore asserting its stability and Taiwan trumpeting its political liberty. SEA Focus features 20 galleries this year and is “a strong representation of today’s Southeast Asian art scene”, says the fair director Emi Eu, who also directs Singapore’s STPI—Creative Workshop & Gallery, which is organising the fair with support from the Singapore National Arts Council.

Eu downplays any fallout from Art Stage’s demise and says the fair contributes to a “thriving arts ecosystem in Southeast Asia”—about 55% of last year’s visitors hailed from the region.

The fair boasts plenty of young blood this year: new galleries including Nova Contemporary and ROH Projects, as well as emerging artists such as Luke Heng (shown at Yavuz Gallery) and Haffendi Anuar (at Richard Koh’s booth). Australia’s Jan Manton Art gallery and Berlin’s Galerie Neugerriemschneider join as exhibitors from outside the region, though representing Southeast Asian artists.

As for any impact from the ongoing protests in Hong Kong, Eu says: “Although we are geographically removed from East Asia, our economies are inevitably linked. Luckily in Singapore, we have a government that provides a strong and stable environment for the arts scene.”

In Taiwan, where the incumbent president Tsai Ing-wen is leading in polls against the mainland-sympathetic challenger Han Kuo-yu, Taipei Dangdai this year hosts 98 galleries, with new additions including Levy Gorvy, SCAI The Bathhouse, Eva Presenhuber and Kamel Mennour.

The fair’s co-director and co-founder Magnus Renfrew says the fair has been specifically timed to “avoid clashes with such an important political moment in Taiwan”, and that, since the elections will be over by the time of the fair, “we do not anticipate any disruption”.

The fair is working with an agency to assist mainland participants and collectors in arranging travel. Despite China’s prohibition on its nationals travelling directly to the island unless they secure a special pass or join a guided group tour, ten mainland galleries are exhibiting—roughly the same number as last year.

“We are keen to build our pan-Asian collector attendance but we are not overly reliant on mainland collectors,” Renfrew says. He adds that Taiwan has "one of the most active, sophisticated collector bases in Asia... it is the centre of immense wealth. There is huge potential for the art market to increase over the coming years.”