The 300-work exhibition showcases Jarry’s experimentation with book and magazine design, including his rough woodcuts and collages 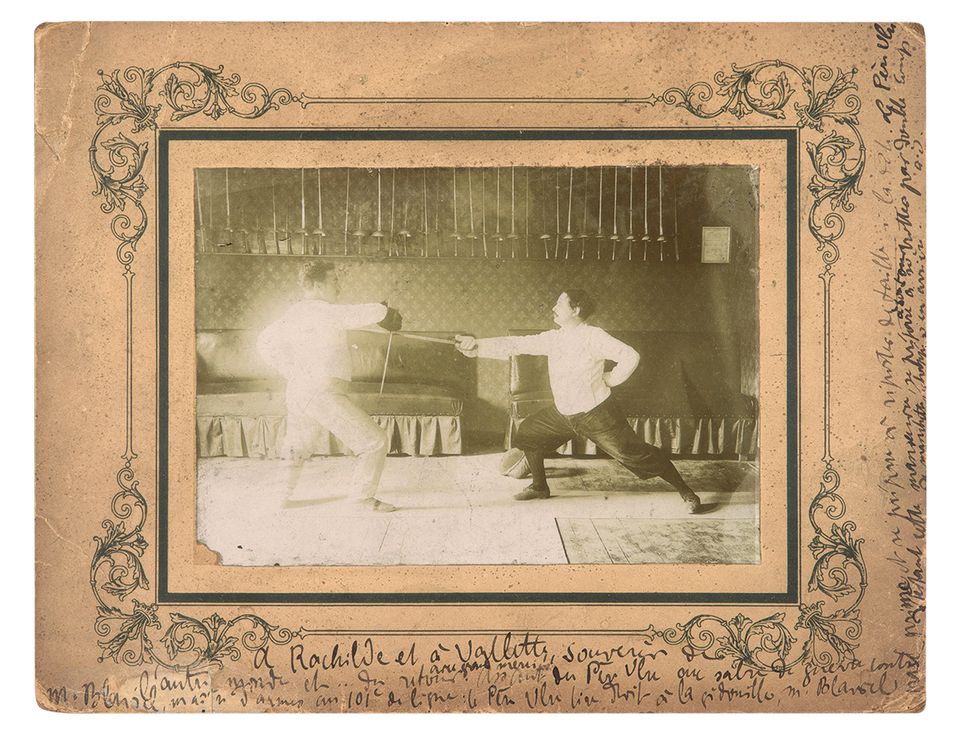 Touché! Alfred Jarry, on the right, with the fencing master Félix Blaviel in 1906 Courtesy of Robert J and Linda Klieger Stillman Pataphysics Collection

Jarry had a meteoric, flamboyant but brief career (he died at 34 of tuberculosis brought on by drug and alcohol abuse), writing the Ubu plays, the most (in)famous of which, Ubu Roi, was a succès de scandale, running for one night only in 1896. Ubu—whose first and oft-repeated word is merrrdrrre—has since become a byword for all social and political monsters. Jarry also wrote novels, criticism and invented the pseudophilosophy “pataphysics”, a protean notion that remains undefinable: “The science of imaginary solutions.”

His convention-defying ideas held sway over many artists – Max Ernst, Dora Maar, Joan Miró, Pablo Picasso, David Hockney and William Kentridge all acknowledge their debt to Jarry. His disruptive genius is held to have paved the way for Dada, Surrealism, Futurism and the Theatre of the Absurd, and to be the precursor of genre-bending Post-Structuralism and Post-Modernism.

The Carnival of Being show is the result of the 2017 donation by Robert J and Linda Klieger Stillman of some 300 items of their Paraphysics Collection to the Morgan Library, which they amassed over several decades. The exhibition will include Jarry’s experimentation with book and magazine design, including his rough woodcuts and collage.

The show is supported by Beatrice Stern, the Sherman Fairchild Fund for Exhibitions, the Franklin Jasper Walls Lecture Fund and the Stillmans.

• Alfred Jarry: the Carnival of Being, The Morgan Library & Museum, New York, 24 January-10 May

Read what Jenny Saville, George Condo and Victoria Beckham have to say about their favourite Old Master paintings

Read what Jenny Saville, George Condo and Victoria Beckham have to say about their favourite Old Master paintings