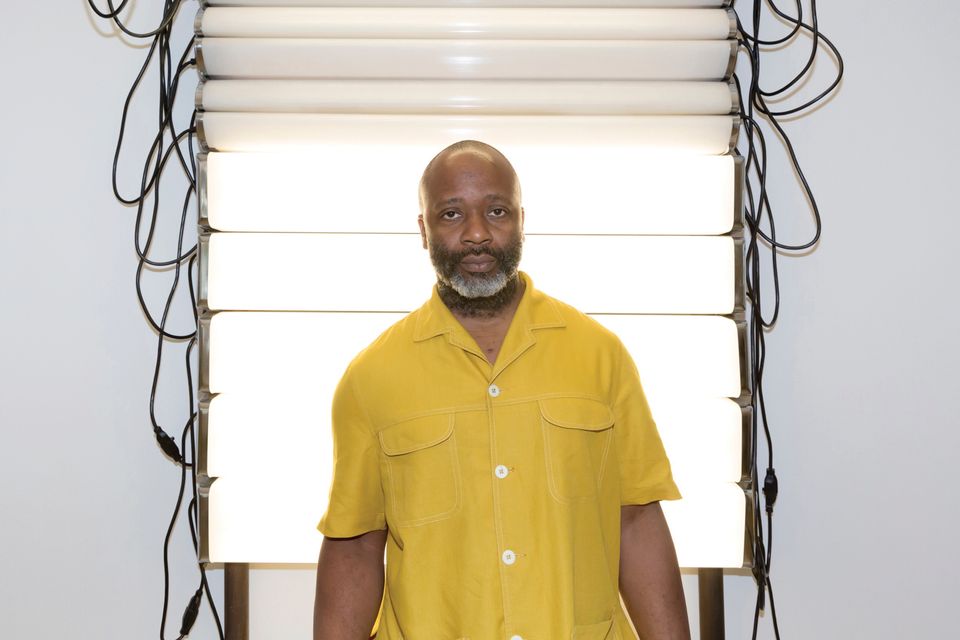 The US artist Theaster Gates has taken the eviction of a mixed-race community from a small island in Maine as the starting point for his first solo exhibition in France, opening this month at the Palais de Tokyo. In 1912, 45 people from Malaga Island were evicted by the state authorities and eight of them were committed to the Maine School for the Feeble-Minded following the state's purchase of the island in 1911. The island, a poor fishing village of black, white and mixed-race people, was ridiculed in a Maine newspaper as a “strange community” of “peculiar people”; its eviction has recently been described by a US documentary as having been motivated by economics, racism, eugenics and political retribution.

Through new works including sculptures, a film and a video, the Chicago-based artist has developed the wide-ranging project and exhibition, Amalgam, which explores the complexity of interraciality and migratory histories. The show has been organised by Katell Jaffrès and has received support from Regen Projects, Richard Gray Gallery and White Cube.

The Art Newspaper: How did you become interested in the history of Malaga Island and how did this lead to Amalgam?

Theaster Gates: I had started a residency in 2017 at Colby College in Maine and was visiting a friend who said there was this important, not well-known history about this island that used to have black and mixed-race people that were evicted. We were in a boat and he suggested having lobsters on the adjacent island before checking it out. So I learned of it quite leisurely and then started to do research.

The idea of interracial mixing led to the creation of a sculptural form, “amalgam”: a by-product of what happens when one artistic form from history meets another one to create a new kind of work. I wanted to create a bridge that would make people more curious about this island and for people who are of mixed race and from backgrounds where their parents are of different religions, I wanted Malaga to be a place where all mixes felt that they had a home. The beauty of mixing is one of the cornerstones of the exhibition. 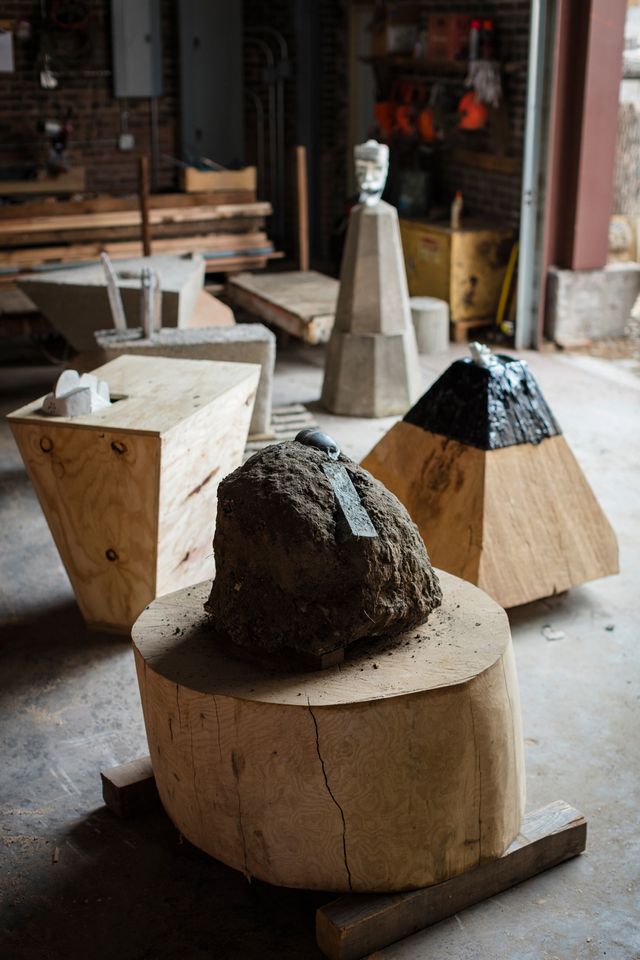 Works in Theaster Gates's studio ahead of the exhibition © Photo: Chris Strong

What forms do the Amalgam sculptures take?

Many of the forms are based in concrete, which is acting as a binder for varying kinds of African, European or American histories: the history of fur-trading in America, of indigenous Americans and the complicated, devastating truths of what happened as a result of European invasion. One way of thinking about an Amalgam is, what would happen if 19th-century printing design were to conflate with pop sculpture and what types of new forms might emerge? Or what would happen if Impressionism met Minimalism?

What can you tell us the new works in the show?

The film deals with the question of hybridity and mixed cultural heritage pretty straight on. I was commissioned to make a collaboration with a choreographer, Kyle Abraham, and we're working together on a video to talk about identity through dance. Every day we’re at the studio in Chicago making things with our Heidelberg Windmill printing press and there'll probably be a press element in Amalgam. 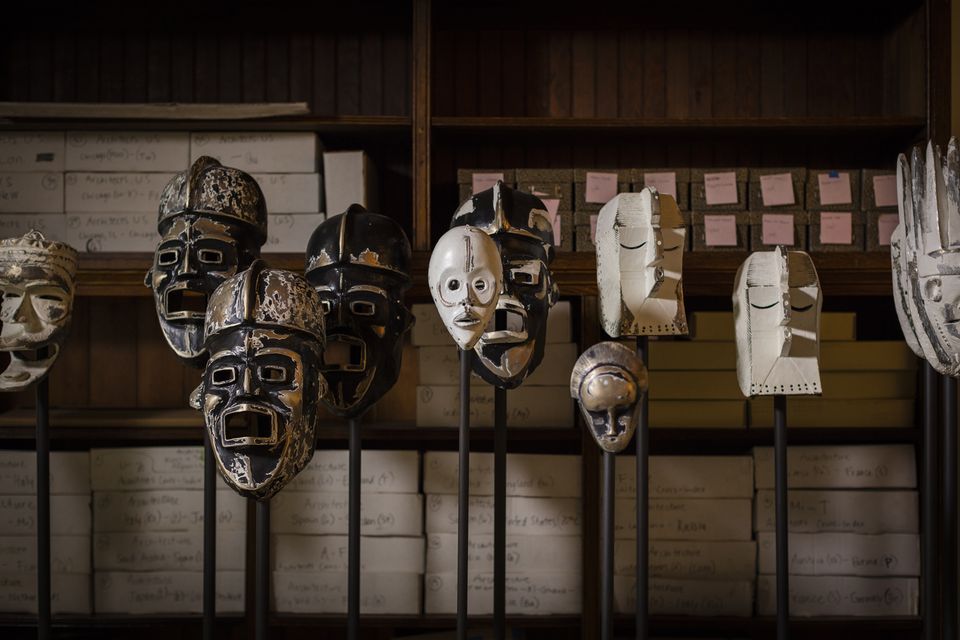 How do you think the exhibition connects to France's relationship with race?

From the first time I visited Paris, I've been curious about the French relationship with racial mixing, race and its colonial history on the African continent. If you’re Haitian and a French national, you say that you’re French and maybe don’t talk so much about your Haitian nationality. In my own life, the complexities of racial mixing often mean that one part of yourself has to be denied.

I’m interested in how the exhibition might lead to people having the courage to examine more deeply their own ethnic background and be proud of the mix. Maybe this is my own way of reconciling the truth that, as a black American, I actually don’t know my full racial ethnic mix. In the exhibition, there’s a work that says: “In the end, nothing is pure.”