Why Milan’s triennial is a matter of life and death

Confronting the impending extinction of humankind “might seem sensationalist, but it should be normal”, says Paola Antonelli. For the curator of the XXII Triennale di Milano, titled Broken Nature: Design Takes on Human Survival, it is a matter of fact, rather than science fiction, that “there will be other species and other worlds” after us. In the meantime, she suggests, artists, designers, scientists, thinkers and citizens can at least help to “design a better ending” for the so-called Anthropocene.

Antonelli previously tackled the dark side of design in her day job as the senior curator of architecture and design and the first director of research and development at New York’s Museum of Modern Art (MoMA). There she led an “online curatorial experiment” in 2013-15 called Design and Violence, which considered such innovations as the lethal injection and an open-source, 3D-printed gun.

But her Milan Triennale, developed with support from Ala Tannir, Laura Maeran, Erica Petrillo and Laurie Mandin, proposes “restorative design” as a force for positive change. Ethical design solutions to pressing environmental issues can also be “pleasant and sensuous”, Antonelli says, likening the concept to the early restaurants of 18th-century Paris, where diners were served bouillon to restore their health.

At the beginning, the information is disquieting. But then we show what we can do to make things better in our lifetime

Ranging “from the cosmic to the mundane”, Broken Nature will take over the first floor of La Triennale di Milano museum. (The ground floor will display 24 international installations responding to the theme.) The first room in the exhibition will immerse visitors in Nasa’s Images of Change—then-and-now satellite views documenting how floodwaters, calving glaciers and other phenomena are transforming the Earth over days, years and decades.

“At the beginning, the information is disquieting,” Antonelli says. “But then we show what we can do to make things better in our lifetime.” A section on everyday objects will include a biodegradable pregnancy test, washable period underwear and Indian terracotta pots for composting. Antonelli, who has convened research and development salons at MoMA on abstract topics like AI, algorithms and big data—and who famously added the @ symbol to the museum’s collection—says she wanted to “stay as close as possible to reality this time”.

Even the more “speculative” projects in the triennial—such as stilettos that release radioactivity-absorbing rapeseeds into soil or architecture made using the skin-darkening pigment melanin—represent “designers doing what they do best: solving problems”, she says. 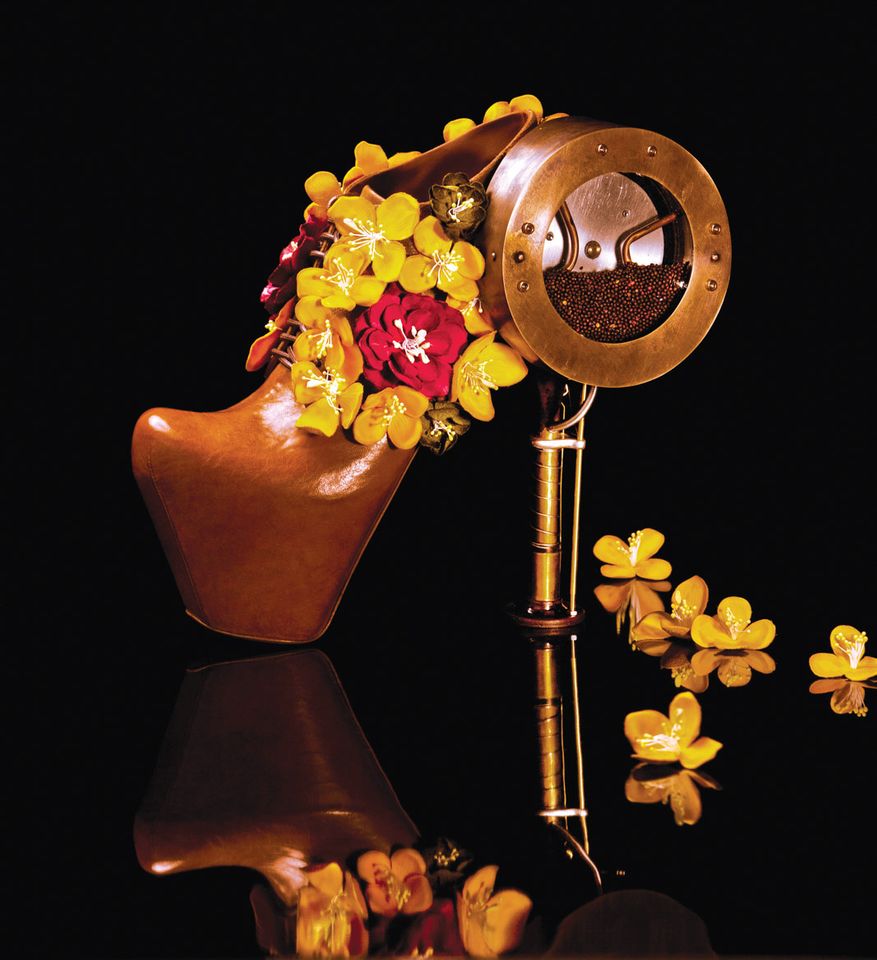 Revived in 2016 after a two-decade hiatus, the Triennale di Milano has been a prestigious showcase for contemporary artists and designers since its creation in 1933. But Antonelli hopes this edition will galvanise the general public more than specialists. Broken Nature aims to raise awareness of the “subtle reverberation” that human actions have across complex natural and man-made systems, she says, as well as in the long term.

Antonelli originally pitched the idea for the exhibition to MoMA in 2013. This initial rejection turned out to be “a good thing”, she says, because “the thought matured” and a host of other museum shows and biennials since then have explored similar environmental themes. “The urgency is greater” now, she believes, adding that she plans to draw up a manifesto with other institutions afterwards. “Rather than being one voice, maybe we will have a critical mass.”