A vivid account of the art arising from the experiences of the artist, George Plante 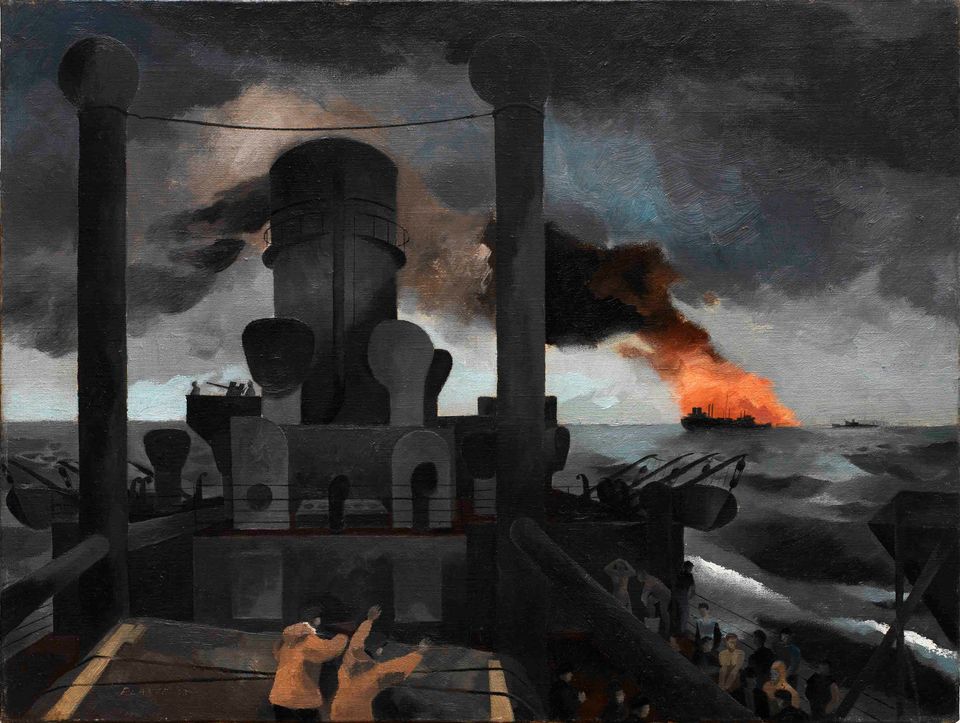 The Sinking of the Tanker, Southern Princess, Battle to the Atlantic, March 1943 Courtesy of the Imperial War Museum, London

The Scotsman, George Plante (1914-95), did not set out be a war artist in the Second World War, but entered the Merchant Navy as a volunteer radio operator. Between engagements (which readers may recall in their fearsome realistic detail and emotional depth so vividly described by Nicholas Monserrat in his 1951 novel, The Cruel Sea), he found time to draw and paint. His work caught the attention of the Ministry of Information and the War Artists Advisory Committee who recruited him to record his experiences. When his ship was sunk in 1943, he was assigned to the US army in Egypt and Italy. This book, using his letters and memoirs, gives the reader considerable insight into what it was to work both as an artist and a propagandist in combat conditions (shown here, The Sinking of the Tanker, Southern Princess, Battle to the Atlantic, March 1943). High quality colour illustrations give a good idea of his work.