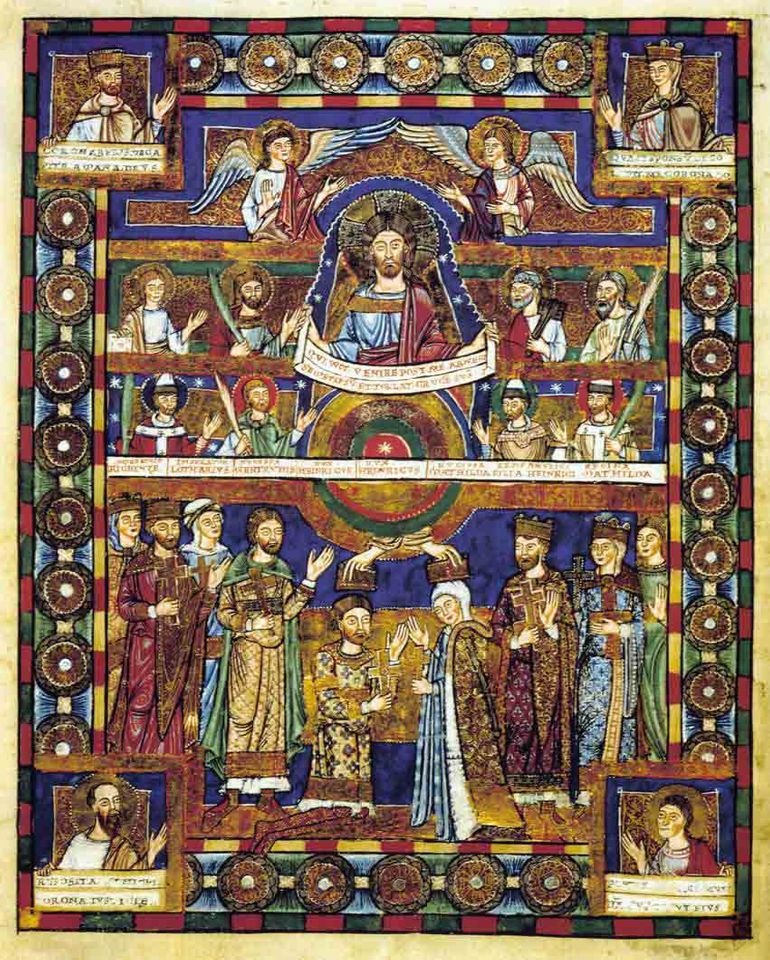 Johanna Dale’s intensely researched and “thick description” text about kingship in the High Middle Ages (here defined as running from around 1070 to around 1220-30) is primarily a historical study, rather than art history. It nevertheless provides valuable information for any art historian about the culture and mind-sets of this period.

A time of increasing bureaucracy and proliferating law making, it used to be argued that kingship underwent a secularisation in the 11th century, following the submission of Heinrich IV to the pope at Canossa, that eventually led to the modern nation state. Dale demonstrates that this was far from the case. The notion and apprehension of the sacredness of the king and his station were very much to the fore throughout this period, as she shows in the various liturgical rituals and ceremonies of coronations in France, England and the German Empire. She elaborates the similarities and differences of the inauguration rites of different times in each place, but she does not discuss how this was reflected in art or the use of art to illustrate monarchical sacredness. Nevertheless, the constant flow of similes, metaphors and images in the liturgies easily correspond to what is known in sculpture, illumination and painting of the period.

The survival of many of the sites of coronation—notably Aachen, Rheims and Westminster—imaginatively adds to Dale's descriptions of the rites celebrated in those places. She does describe in detail the iconography of wax seals (an important ingredient in the expansion of law, legality and royal authority) and explains the ways in which these images were bearers of meaning from a king to his subjects, although the ambiguities evident in the Coronation Miniature from the Gospels of Henry the Lion (late-12th century) show that the message is not always clear: what is the significance of two crowns coming from the Hand of God? Although she mentions forgeries of seals (contemporary or later?) in passing, she does not describe the actual making and authentication of seals and bullae, an interesting subject in itself.