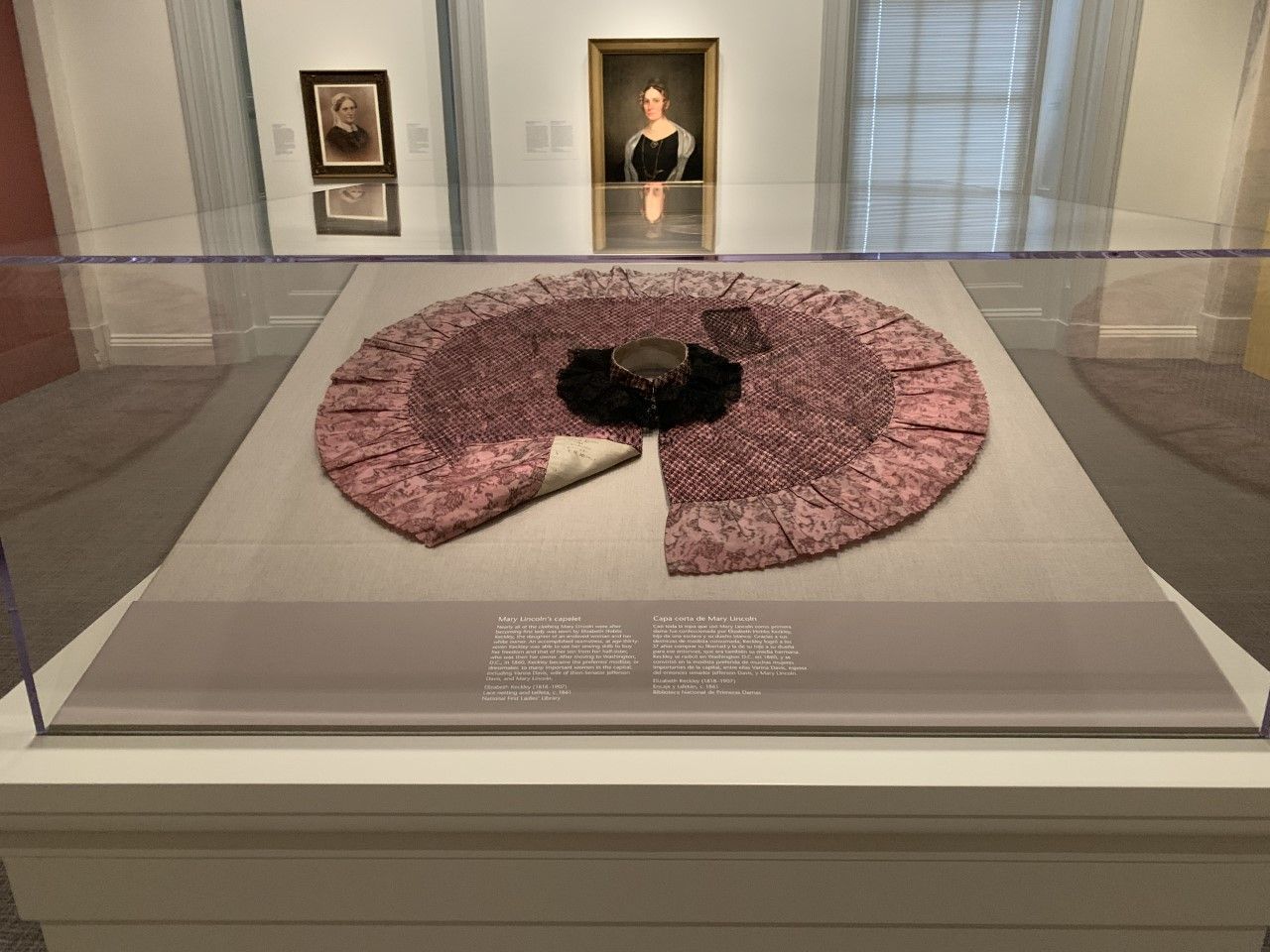 Kamala Harris was the first American vice president-elect ever to decide between wearing a dress or a pantsuit to her acceptance speech. When Harris addressed the nation on 7 November and thanked generations of women who she said “paved the way for this moment,” she also saluted them with her chosen attire—a pantsuit and silk blouse in bright suffragist white.

Harris will be the first woman in her White House position, holding power that extends far beyond her wardrobe. A symbolic outfit remains a White House tradition, however, especially among First Ladies who historically could not vote (let alone hold office) and who used their garments to make a statement.

Mary Todd Lincoln, for example, had a notoriously well-appointed closet that included a taffeta capelet made by Elizabeth Keckly, a formerly enslaved woman who bought her own freedom and operated a successful fashion business in Washington, DC. The cape is one of four garments and over 60 portraits including in the exhibition Every Eye Is Upon Me: First Ladies of the United States, which opened on 13 November at the Smithsonian’s National Portrait Gallery (NPG). The exhibition is now fully accessible online, since all Smithsonian museums are temporarily closing to the public on 23 November due to rising national cases related to the Covid-19 pandemic.

In the gallery, the capelet is displayed with one flap folded up, revealing an inscription by Keckly noting both women’s names and the year 1861 (the inaugural year of Lincoln’s presidency and the date the two met). The garment was made with imported pink silk and elaborate lace, and was a gift from Keckly at the beginning of what became a long-lasting friendship that she described in her memoir, Behind the Scenes (1868). “Keckly was hugely influential in shaping Mrs Lincoln's public persona,” says Gwendolyn DuBois Shaw, the exhibition’s curator and NPG senior historian. At a time when the country was divided over the issue of slavery, the friendship between these two women also communicated an unspoken yet unwavering message from the White House. Keckly almost exclusively dressed Lincoln during her time as First Lady and a number of these garments survive, including in carte-de-visite photographs of Mrs Lincoln.

Notably, while Lincoln is represented in the NPG exhibition by the capelet and a photograph, there are no known surviving painted portraits of her. “One of the challenges in actually organising an exhibition on First Lady portraits is that, amazingly, very few exist,” says Kim Sajet, the NPG’s director. In spanning 250 years of First Ladies from Martha Washington to Melania Trump, portraits were resourcefully assembled in whatever media could be found: paintings, watercolours, photographs, a silhouette, and one rare sculptural bust.

The exhibition illuminates the lives of America’s First Ladies, as dim as the visual records sometimes were. But as the US comes to a turning point in the heights women can reach in elected office, the record will surely look different. “While I may be the first woman in this office, I won’t be the last,” Harris said during her historic acceptance speech. “Because every little girl watching tonight sees that this is a country of possibilities.”