Born of hate and contempt, how the Bargello's extraordinary collection of medieval ivories came to be 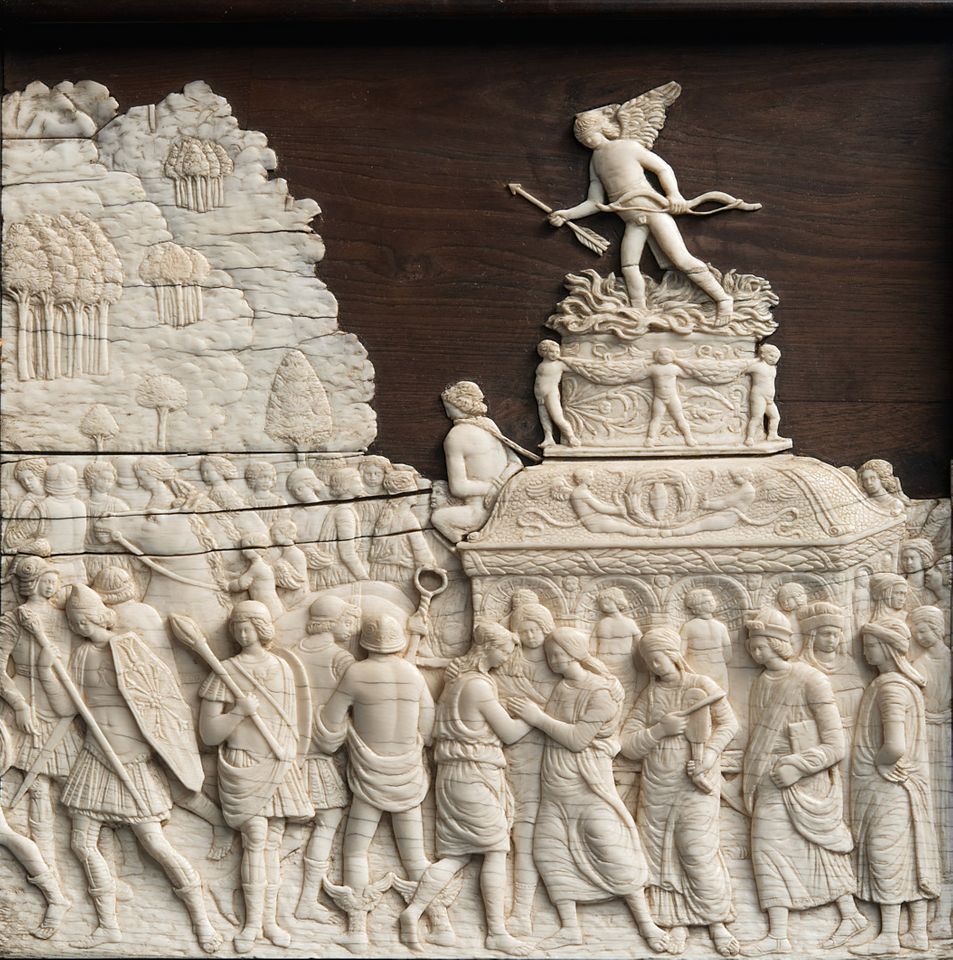 When Carrand's collection of ivories arrived at the Bargello, it more than doubled the Florence museum's existing holdings © Antonio Quattrone 2016

When the Frenchman Louis-Claude Carrand (1827-88) bequeathed his art collection to the Bargello, he stated that he wished it to go to Italy because of his fears for the stability of his own country, declaring bitterly, “Quant aux républicains et révolutionnaires, je jeur lègue ma haine et mon mépris” (To the republicans and revolutionaries I bequeath my hate and contempt). As a result of Carrand’s loathing and disdain for some of his compatriots, the Bargello is now home to an important collection of his medieval ivories, as well as some fascinating later examples.

Despite the current understandable controversy about the illegal slaughter of elephants today, the study of great historical works in ivory is flourishing

The present publication, compiled by Ilaria Ciseri and her colleagues, is a finely illustrated scholarly catalogue that comprehensively details the history of the collection and the individual ivories therein. As Benedetta Chiesi notes in her introduction to the section on later ivories, it is the latest in an impressive sequence of recently published catalogues of collections of European ivories. Such publications include catalogues of the ivories at the Louvre, the Victoria and Albert Museum, the Grűnes Gewőlbe, and Rosenborg, Copenhagen, Reiner Winkler’s collection, now splendidly housed at the Liebieghaus in Frankfurt, as well as Sabine Haag’s exhibition catalogue of ivories from the Kunsthistorisches Museum in Vienna and the exhibition catalogue of the Master of the Furies at Frankfurt in 2006. Despite the current understandable controversy about the illegal slaughter of elephants today, the study of great historical works in ivory is flourishing, because, as has been pointed out, such masterpieces should be recognised as outstanding sculptures in their own right, made at a time when their production did not in any way threaten the survival of the elephant.

The core of the Bargello’s collection comes from Carrand. He was the natural son of the collector Jean-Baptiste Carrand (1794-1871), whose genius as a collector and connoisseur of medieval art informed his assemblage of ivories, although Louis-Claude made some later valuable additions. When the collection arrived at the Bargello it more than doubled the existing holdings of ivories, and in terms of quality was unparalleled. Danielle Gaborit-Chopin’s biographical study of father and son indicates their respective roles in amassing these works of art. She draws attention to what is probably the greatest ivory from the collection: the Flabellum of Tournus, Jean-Baptiste’s most prized piece. This Carolingian fan, made, according to its inscription, to keep off flies and demons, was first published by Alexandre du Sommerard in 1838, and is an exceptional survivor in ivory and parchment from the 9th century.

The collection spans Etruscan bone pieces of the 4th century BC up to works dating from the 19th century. It comprises some superlative medieval works, including a plaque of an empress from Constantinople of the 6th century, two fine caskets also from Constantinople of the 10th/11th century, related to the Veroli casket at the V&A, and a Gothic French Madonna and Child of the late 13th century. But perhaps the most intriguing ivory is a 15th-century Mantuan relief of the Triumph of Love, related stylistically to a cassone made for the marriage of Paola Gonzaga of about 1478, possibly after designs by Andrea Mantegna.

This book has been produced and researched to the highest standards. The illustrations splendidly convey the excellence of the ivory carving, with many choice details. The catalogue entries are thorough and clear, while a full scholarly apparatus in the form of bibliography, concordance and index makes this a useful work of reference. The individual introductory sections put the collection in context in terms of inventories and earlier displays. My one criticism is the small font and tight margins for those sections, making them difficult to read. This no doubt was due to constraints of space and funding, but such an economy of layout is to be regretted in what is otherwise a magnificent, beautiful publication.

Marjorie (Holly) Trusted is an Honorary Senior Research Fellow at the Victoria and Albert Museum. She has published and lectured widely on sculpture, and is working on a book on German Baroque sculpture