A book on birth and child-rearing before Dr Spock 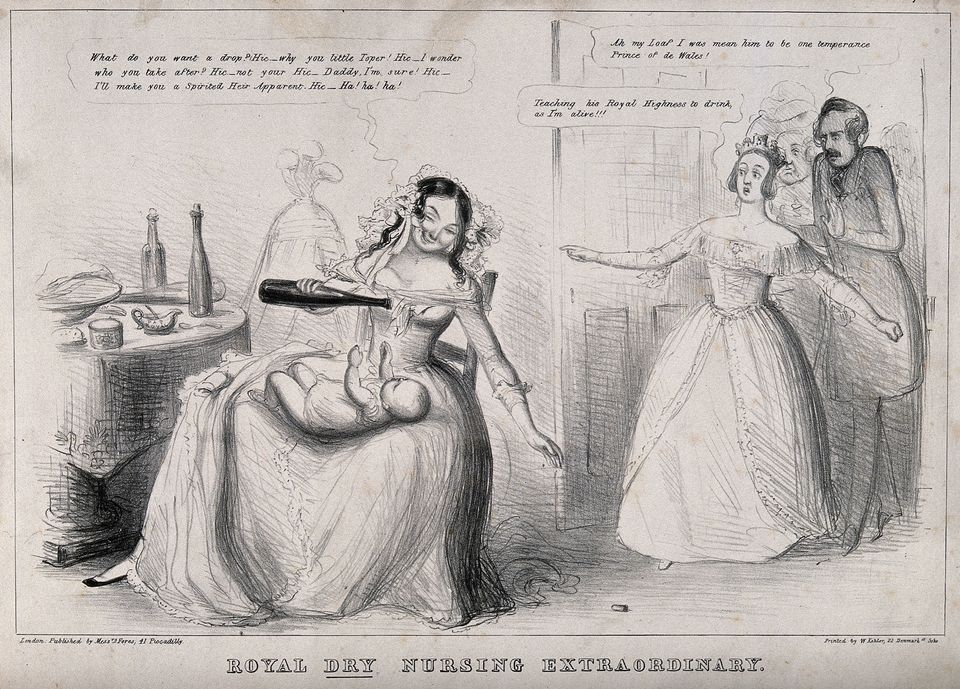 Parts of this book are not for the faint-hearted. Before the late 19th- and 20th-century medical discoveries, understandings of pregnancy, birth and child-raising were to our way of thinking poor, nasty, brutish and often resulting in short lives (of mothers and children). But, mutatis mutandis, the similarities outnumber the differences. Children were loved and cherished in every generation and considerable attention was devoted to the best upbringings possible. Sue Lawrence thematically describes and amply illustrates the salient aspects - the womb, conception and pregnancy; birth and lying-in; rites de passage and milestones of growth; breastfeeding (shown here, a pro-breastfeeding broadside: Queen Victoria, a staunch opponent of breastfeeding, and Prince Albert surprising their wet-nurse about to pour booze down the throat of the Prince of Wales) and the dark side of accidents, abuse, deaths and abandonments. A former curator of the Florence Nightingale Museum and head of the Victoria and Albert Museum of Childhood, Sue Laurence writes with authority. Those looking for drama without the gore should stick to the reality TV series Sam and Billie Faiers's Mummy Diaries or Ferne McCann's First Time Mum (also authoritative in their own right).