A new book by Lisa Tickner, called London's New Scene, focuses on a cast of glamorous characters and gritty drama, with much that resonates today 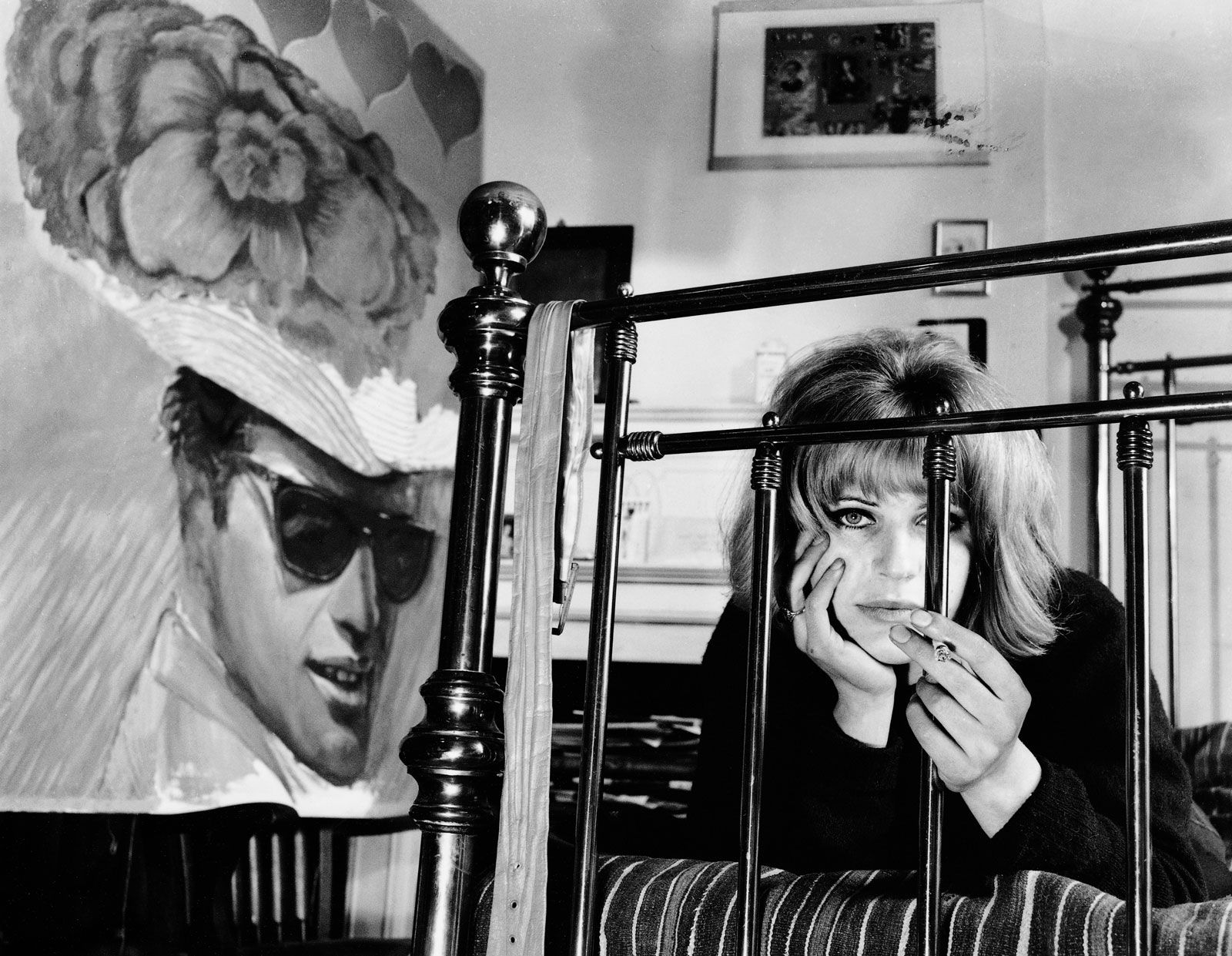 In Michelangelo Antonioni’s 1966 film Blow-Up, London’s cocksure snappers, aristo publishers, reefer-toting models and guitar-smashing rockers encounter one another in fragmented islets of cool within a sprawling cityscape of lead-painted shopping parades, bomb rubble and eerie prefabs. The film portrays a city in which photographers have become wealthy celebrities—recognised by strangers, commanding a studio full of assistants, but envying the independence and integrity of their fine-artist brethren. The London of Blow-Up presents contemporary art as part of “with-it” style: an Alan Davie painting to go with your Italian furniture, Victorian curios and jazz records.

Blow-Up is one of seven cultural touchstones around which Lisa Tickner arranges her shimmering, scholarly survey of the decade, London’s New Scene: Art and Culture of the 1960s. We enter amid the stylised pop kook of Ken Russell’s “documentary” Pop Goes the Easel (1962). International glamour comes in through the Bond Street doors of the Kasmin Gallery and exhibitions by Kenneth Noland, Morris Louis, Helen Frankenthaler, David Hockney and Anthony Caro—a scene captured, in turn, by Lord Snowdon for his photo book Private View (1965). We depart amid the flaming, round-the-clock debates of the Hornsey College sit-in of 1968.

Rather than offering a neatly contained art history of the 1960s, Tickner darts in from multiple directions—even adopting diverse methodologies—returning to examine a small cast of key players over the course of the decade from curatorial, journalistic and even foreign-trade perspectives.

London’s New Scene is as elegantly handsome as David Hemmings in a pair of white jeans. The picture research is formidable: fashion shoots, cigar adverts, protest posters, film stills and Sunday Times strip cartoons run side by side with paintings by Hockney, Derek Boshier, Peter Blake, Pauline Boty, Bridget Riley et al. We are treated to lavish behind-the-scenes documentation of Russell at work on Pop Goes the Easel, and Antonioni researching and shooting Blow-Up.

Snowdon’s mischievous portraits from Private View (Denys Sutton caressing a nymph’s marmoreal rump; David Sylvester dashing past with Soutine’s Madame Castaing in his arms) are thoughtfully contrasted with different views of the same period by Jorge Lewinski and Ida Kar. The artists we see in Private View are overwhelmingly white and male: Kar’s 1950s portraits of Sandra Blow and Francis Newton Souza, among others, remind us that portraying it thus was Snowdon’s choice. 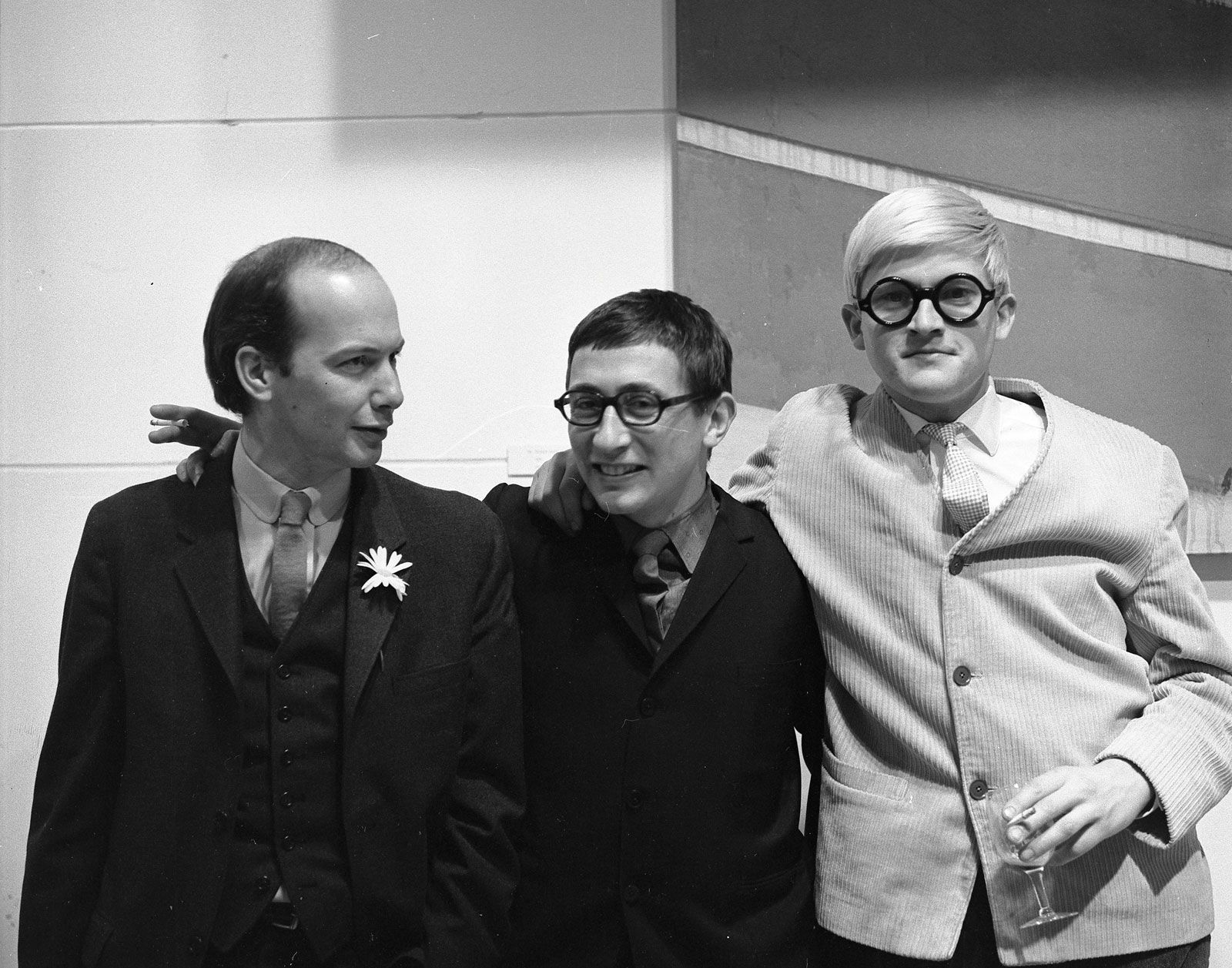 Tickner offers images not as mere illustration but as raw material for analysis. The photographers, artists, film-makers and designers behind them are players in this book’s many dramas. The gallerist John Kasmin recalls becoming “Ida’s sex slave for a few months” when he started working for Kar’s husband Victor Musgrave at Gallery One in Soho in 1956. (“Quite taxing”, apparently.) Following his marriage to Princess Margaret, Snowdon had a role to perform in Britain’s youthful new public image. For overseas trade, the Snowdons were “indispensable for their embodiment of heritage values in combination with modern celebrity”.

There is much that is achingly familiar in this earlier incarnation of the London art scene: arguments about art, commerce and the impure alliance of the two; student bodies protesting the direction—or lack of it—in their art education; dealers puzzling how to show art and artists to best advantage while still making ends meet; artists struggling to balance teaching commitments with studio time. It is hard not to read of the young British artists who helped the country shed its fusty image and earned London status as a world art capital without a shudder of déjà vu.

This was not the city’s first important art moment. (Hogarth’s circle in 18th-century Covent Garden? The founding Royal Academicians? The Pre-Raphaelite Brotherhood? Aestheticism? Roger Fry’s post-Impressionists and Wyndham Lewis’s Vorticists? The Hampstead modernists? Take your pick…) Yet for good or ill, developments in the 1960s laid the foundations for the art scene of today. 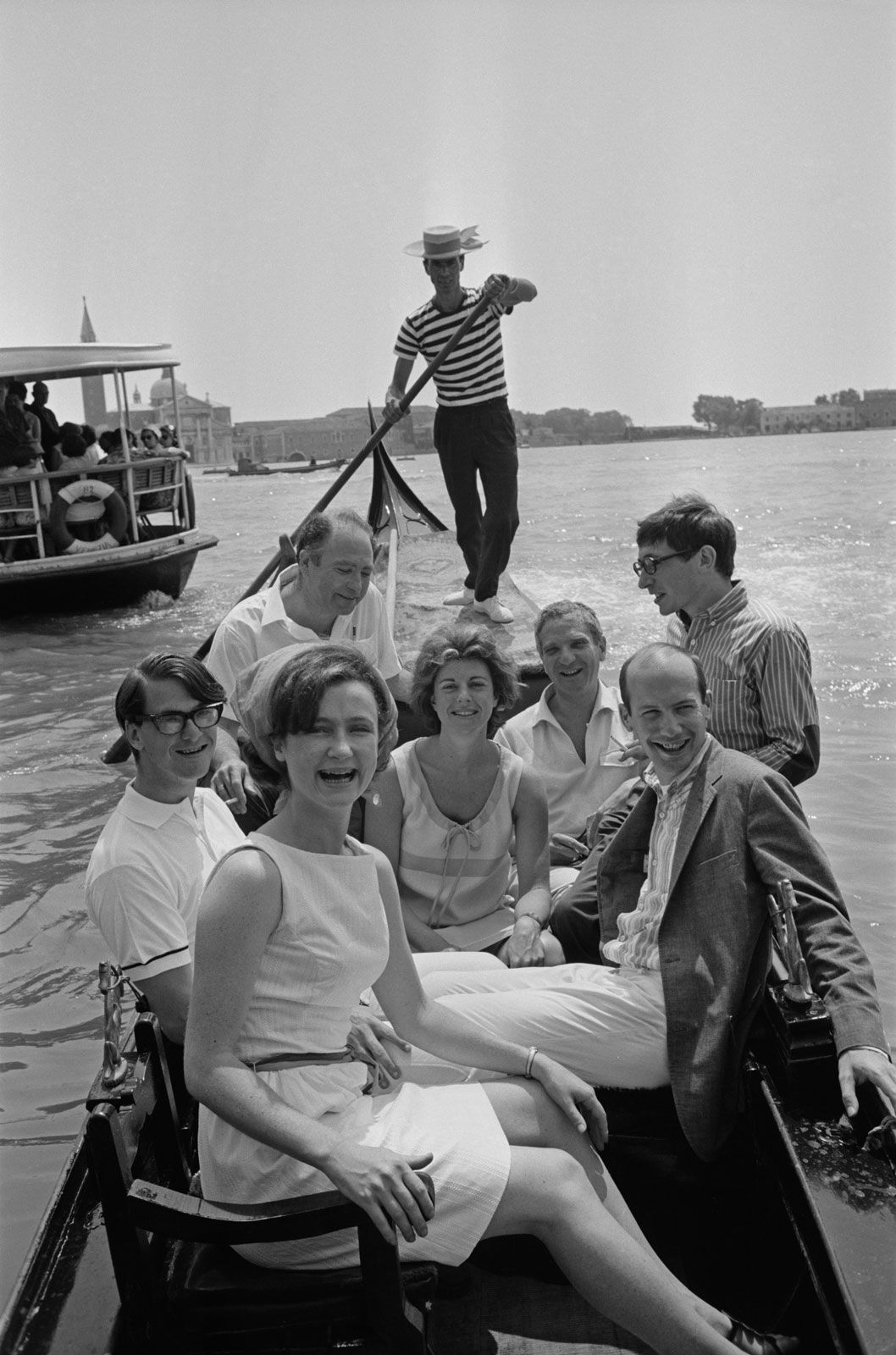 The Pop art of the decade’s early years responded to new economic stability and, with it, consumer goods, entertainment and the emerging image culture of colour magazines. Art and its scene became bundled up in all aspects of this: artists became celebrities, and the artist lifestyle fodder for the new weekend colour supplements. Art became part of the new popular entertainment, which in turn generated demand for bigger museums, more responsive collecting and new spaces to house temporary exhibitions to draw in still greater crowds.

All this required more money: galleries and museums turned for support to private foundations (notably Calouste Gulbenkian) and commercial sponsors (such as Peter Stuyvesant and Philip Morris cigarettes.) Tickner makes absolutely explicit the link between the emergence of research associating smoking with lung cancer and cigarette brands leaping to align themselves with the art world. The Royal College of Physicians published the report Smoking and Health in 1962: the following year the Peter Stuyvesant Foundation was established. The foundation built up a significant collection of post-war British art and publicised its activities through ads in Apollo that reproduced paintings alongside smouldering images of the artist, inevitably puffing away. 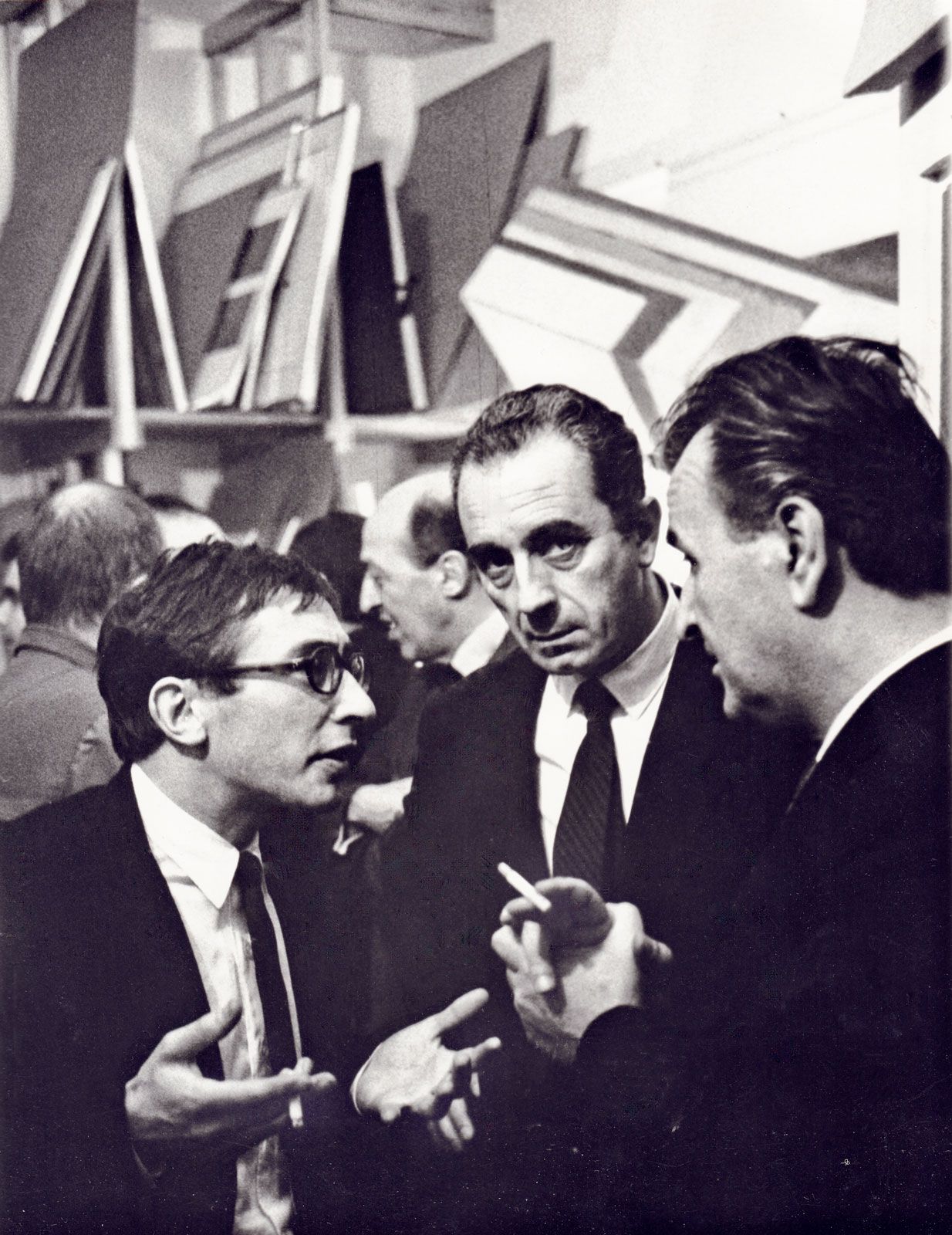 John Kasmin with Michelangelo Antonioni and Pierre Rouve in the Kasmin Gallery stockroom on 28 October 1965, with Clement Greenberg in the background, during the opening party of an Anthony Caro exhibition © Julian Wasser

It was sponsorship from cigarette brands that made possible the era- defining exhibitions The New Generation: 1964 at Whitechapel Gallery and When Attitudes Become Form in 1969 at the ICA. Peter Stuyvesant and Philip Morris urgently needed to address their tar-smeared public image and did so by nurturing an association with young, hip internationalism. This dependence on commercial sponsorship within the art world finds expression in our own time in the battles raging over art-washing exercises by pharmaceutical and petrochemical companies.

Tickner’s episodic approach to the period allows a balance of glam and grit, storytelling and analysis. Her discussion of Blow-Up is a treat—full of both titbits and insights. Chapters on the staging of exhibitions and British exports are necessarily rather drier. All contribute, however, to a spirited and critical discussion of events that touched only a handful of people at the time—their lives crossing one another, like Antonioni’s characters, in hip, discrete episodes—but which has gone on to shape London’s art world of today.

Appeared in The Art Newspaper, 325 July/August 2020
More ReviewTopicsContemporary artLondonFilmsPop artBook of the monthBooks