The best and worst art world moments in 2020

It was tempting to simply put “everything and everyone” in the bad-year column. But even this most challenging of years was not entirely terrible 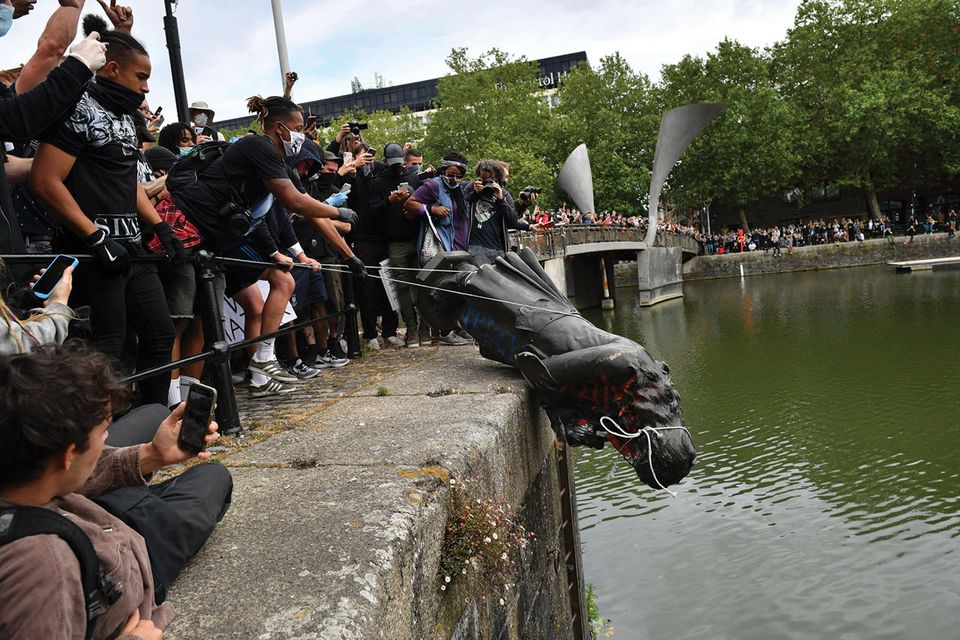 The toppling of the statue to the slaver Edward Colston in Bristol, UK, amid the Black Lives Matter protests, was among the year’s most potent images. And people around the world had had enough: from public statues to colonial artefacts in Western museums, from galleries’ abuses of power to unethical sponsorships, activists organised, protested and began to effect change.

In a year when most artists’ precarious existence was thrown into sharp relief, institutions and makers reached out to their peers. Most emblematically, #artistsupportpledge used Instagram to create a culture of community support, netting its founder, the artist Matthew Burrows, an MBE.

It might seem counter-intuitive when a four-museum show of the late US artist’s work was postponed, but never has the esteem in which he is held been higher and his work more prominent in the collective imagination. Critics hailed his genius and his supreme relevance; dozens of artists attested to his enduring influence.

As museums move away from expensive loan exhibitions, their leaders have trumpeted emphasis on their permanent holdings. During the pandemic, endless resources have been pumped into telling their stories online, while the drama around sales from US museum collections sparked passionate debate and highlighted the deep bonds between works and their publics. 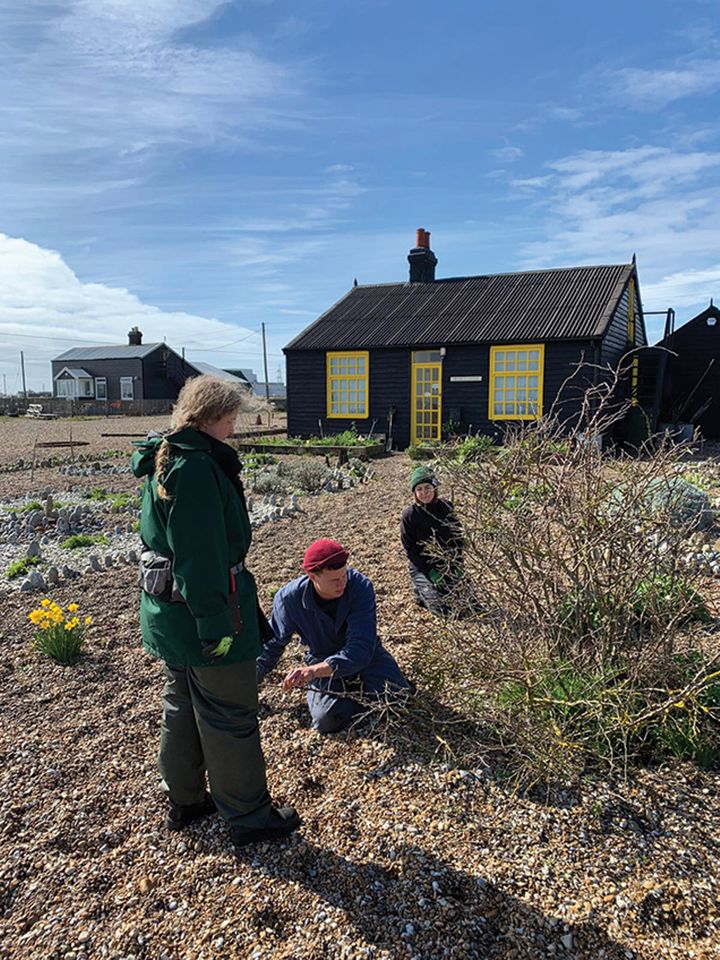 The Art Fund’s public campaign to save Prospect Cottage, Jarman’s home on the UK’s wild Kent coast, showed the profound affection in which the maverick artist-filmmaker is held. A show at London’s Garden Museum was also a hit.

Despite recent criticism of the German government’s decision to close museums in the second lockdown, the country’s federal and state governments responded better than other European countries to the arts’ potential devastation, with the German culture minister Monika Grütters providing generous, speedy support funds.

From new commissions through to virtual museums, extended reality (XR) apps and online viewing rooms, the art world has upped its digital game. And while much of the content remains ropey, huge investments mean it is unlikely to lose momentum. New digital art centres—teamLab, Culturespaces, PaceX—are also a growing phenomenon.

With President-elect Biden and Vice President-elect Harris—and, more importantly, with President Trump gone—the US’s federal agency for culture, the National Endowment for the Arts, will at least no longer be threatened perpetually with abolition. Which is just as well, because its funds are more in demand than ever. 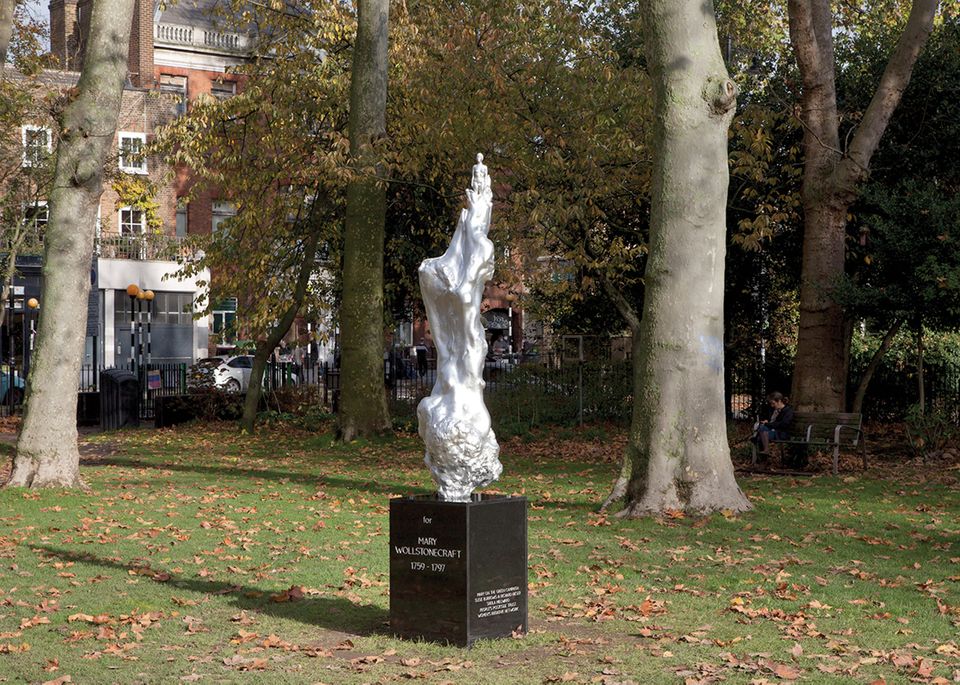 It wasn’t just historic monuments: contemporary public sculptures drew much ire. None more than Maggi Hambling’s London commemoration of feminist hero Mary Wollstonecraft; a nude, silver Everywoman emerging from a formless clump. “You never see Charles Dickens with his balls out, do you?” was one apt Twitter quip.

The year began badly and got worse for fairs. Art-world figures caught Covid-19 at the Armory Show in New York, Tefaf Maastricht turned into a super-spreader event and then all the big fairs for the rest of the year were cancelled. They have been the motor for the market; can they return to former glories after the pandemic?

The mass soul-searching that followed the murder of George Floyd and the Black Lives Matter protests revealed the deep inequities within our institutions. Often it was left to staff, many of whom were losing their jobs, to expose them. After decades of expansionism, big museum buildings have never looked more irrelevant and capital projects are largely in disarray. And in the UK and US in particular, the pandemic exposed flawed financial models. 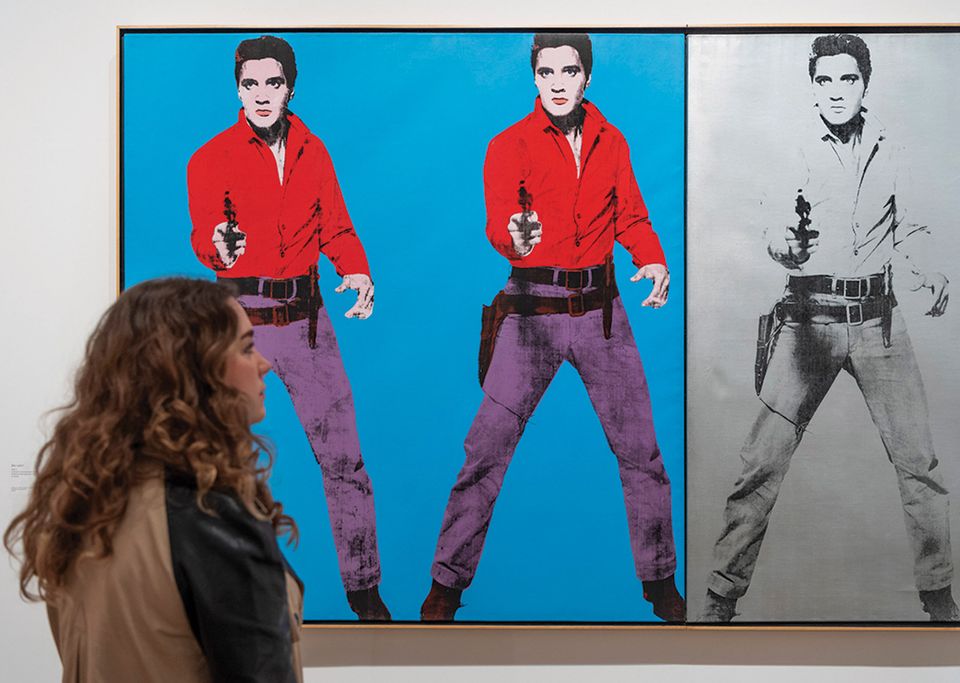 Tate Modern’s Warhol blockbuster had to close, twice © 2020 The Andy Warhol Foundation for the Visual Arts; Inc./Licensed by DACS; London

Big openings no longer meant snaking queues. While Raphael in Rome and Warhol at Tate Modern reopened, but to vastly smaller audiences, the King Tut cash-cow’s trot across the globe was halted. Museum directors and curators say they are rethinking the entire model. The blockbuster is not dead, but expect fewer in the future.

Things looked good in early 2020 for the RA, with new leadership: a first female president, Rebecca Salter, and new chief executive, Axel Rüger. But the Academy’s unique status, with no public funding, exposed its vulnerability: it cancelled two shows, including one dedicated to the founding Royal Academician Angelica Kauffman; it had to deal with a few Academicians publicly urging the sell-off of its greatest treasure, Michelangelo’s Taddei Tondo; it faced protests after laying off staff; and it failed in its bid for money from the UK government’s Cultural Recovery Fund.

It seems that the Covid-19 misery began in bats, but they aren’t to blame for poor animal-market hygiene. To add insult to injury, the latest in a spate of terrible attention-seeking Russian performance artists Petr Davydtchenko exhibited a video of him eating a live bat as a protest against Big Pharma. Perhaps that renowned bat enthusiast, artist Jeremy Deller, can come to their rescue.

Much excitement greeted museums’ online programmes during lockdown, but surely the worst offerings were the video game-style virtual shows. Visiting an empty “museum”, bumping into virtual walls, being either too close to a work or too far away, only made us pine for the real gallery experience.