Exhibition of works by J.M.W. Turner opens in Nashville 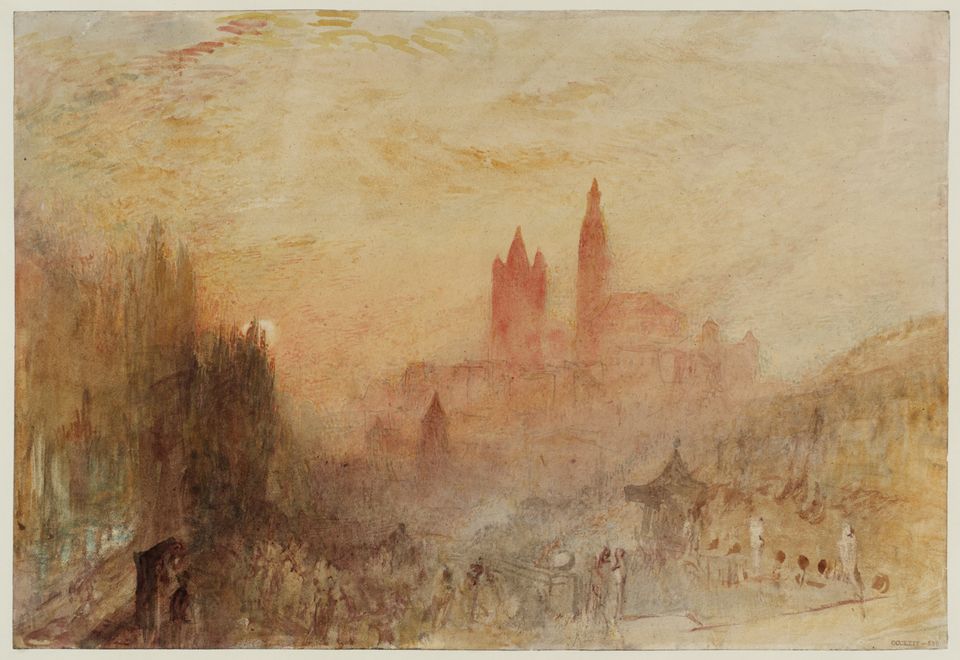 A comprehensive exhibition devoted to J.M.W. Turner, the second largest in the US this year, opens today at the Frist Art Museum in Nashville, Tennessee. JMW Turner: Quest for the Sublime (until 31 May) brings together more than 70 oil paintings, watercolours, sketches and sketchbooks by the British master selected from the Tate’s Turner Bequest.

“We have been in discussions with Tate for decades," says the the Frist's chief curator, Mark Scala. It marks the third show the non-collecting Tennessee museum has organised in collaboration with the London institution. Scala adds that the show is an exceptional investigation of the British artist's work since the Tate has "such a deep collection of Turners—we knew they could organise a comprehensive exhibition to tell the story of Turner’s different styles and his trajectory as an artist from the academic to the modern" that would appeal to a wide range of audiences.

Some highlights include the nebulous painting Peace—Burial at Sea—last exhibited in 1942 and the artist’s tribute to his friend, the artist David Wilkie—and the misty gouache watercolour Sea and Sky, English Coast (around 1832), a work that demonstrates Turner’s masterful depiction of landscape in terms of pure colour.

“Turner’s work, especially his late works, certainly appeal to contemporary tastes,” Scala says. “There have been comparisons made between Turner and Rothko and the Abstract Expressionists because his work oftentimes appear to be abstract and reductive, as they are embedded in an incredible flurry of brushstrokes.”

The exhibition spans works from the 1790s to the 1840s and is organised thematically, first examining the early landscape paintings Turner made while attending the Royal Academy Schools, then showing some of the first impressions Turner made of the mountains, glaciers and lakes of the Swiss Alps. Other sections offer insight into Turner’s artistic process, including sketchbook studies and watercolours at various stages of completion.

The show has been organised in collaboration with the Turner scholar David Blayney Brown, the Tate’s Manton Senior Curator of British Art. Last year, Brown also partnered with the Mystic Seaport Museum in Connecticut to organise a monographic exhibition of Turner’s watercolours, which is on view until 23 February.