At Eternity’s Gate, based on the Dutch artist’s life, is released in the UK today 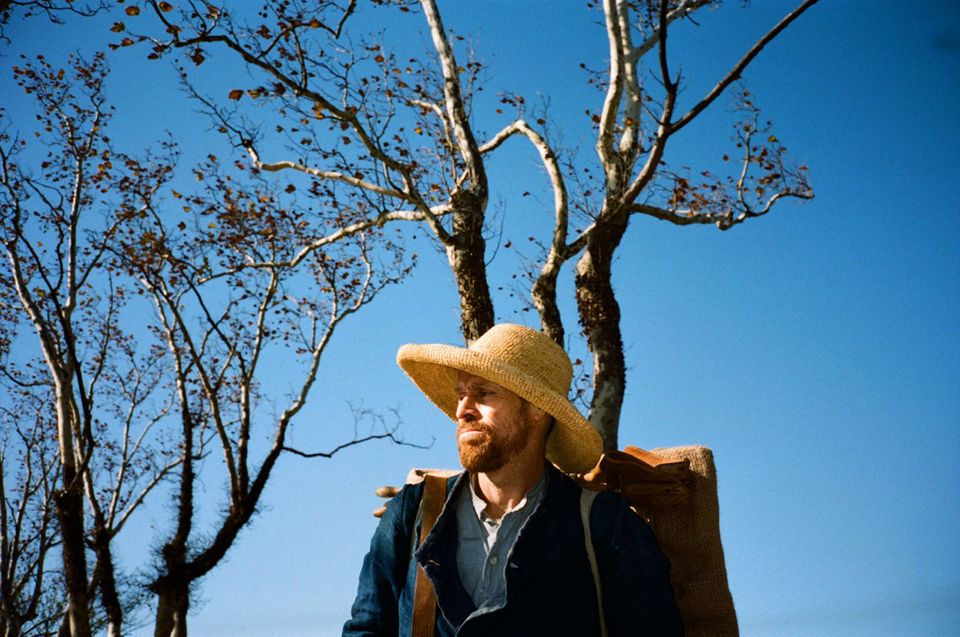 At Eternity’s Gate was released in the UK today after its debut in America last November. The New York artist and film-maker Julian Schnabel never set out to make a documentary on Vincent van Gogh, although many viewers may well assume that his story follows the facts. Instead he has created an imaginary two-hour journey through the final two and a half years of the Dutchman’s life.

The jerky hand-held camerawork, the moody music, the marvellous landscapes of Provence and the powerful acting of Willem Dafoe create an atmospheric film, slowly building up to the inevitable end, when the artist’s creativity is brought to an abrupt end.

Schnabel’s film begins with a fateful meeting in a Parisian street, with Paul Gauguin advising Van Gogh to “go south”. We are then quickly taken to Arles, where Van Gogh lives in the Yellow House and is later joined by Gauguin. The mutilation of the ear takes places off screen, with Van Gogh recounting the story to a priest at the asylum. At the end of the film Van Gogh’s body lies surrounded by his latest canvases, with the mourners showing a slightly baffled interest in the paintings rather than in their departed friend.

Schnabel has taken the facts of the Van Gogh story as a starting point, embroidering them to present his slant on the artist’s life. This is reasonable, but what is unfortunate is that he has included two recent theories about the artist that are factually incorrect—and which appear to add little positive to the film.

The first is a thesis propounded in the 2011 biography Van Gogh: The Life, by Steven Naifeh and Gregory White Smith. Their controversial theory is that the artist was killed by a local lad, René Secrétan, rather than committing suicide.

In At Eternity’s Gate, two boys, one with a gun, approach Van Gogh while he is painting. The artist is shot in a scuffle, in circumstances that are not entirely clear. However, there is overwhelming factual evidence that it was Van Gogh who pulled the trigger. This is what his brother, doctor and friends believed, at a time when suicide was widely regarded as a sin.

Dafoe has said in an interview in the magazine Arles that “it isn’t important to know what really caused the death of Van Gogh—whether he shot himself or was shot”. This seems a surprising response; it is surely significant whether the artist was so ill and depressed that he ended his own life.

The other unfortunate episode in At Eternity’s Gate is the acceptance of a ledger that is said to have contained dozens of sketches drawn by Van Gogh. These were published in Bogomila Welsh-Ovcharov’s book The Lost Arles Sketchbook (2017). At the end of Schnabel’s film two sentences flash up in the middle of the screen, stating unequivocally that “Madame Ginoux never knew Van Gogh had returned the account ledger to her having filled it with 65 drawings. The ledger was found 126 years later, in 2016.”

A still from At Eternity's Gate Courtesy of Curzon

Schnabel told The Times that it is “irrelevant” whether the drawings are genuine or not. He has seen them and says “they were pretty damn good”. This comes as a surprise from an artist, since the sketches are weakly drawn, derivative works. The Arles Sketchbook is not authentic, as the Van Gogh Museum determined after an exhaustive examination. (And the sketches were not discovered “in 2016”, since I had been shown some of them in 2010.)

One hopes that Schnabel’s film will not add further to the Van Gogh myths. It should be viewed as an exploration about the process of painting, not simply the story of one particular painter. We learn just as much about Schnabel as we do about Van Gogh.

At Eternity’s Gate, the title of one of Van Gogh’s works done at the asylum, is certainly an appropriate one for Schnabel’s vision. The picture portrays an elderly man, with his head in his hands in anguish. The painting is partly a self-portrait, since this is a posture that Van Gogh sometimes adopted during his crises. The film’s title is an apt reminder of Van Gogh’s suffering and the fact that fame only came to him after his death.