‘Less is a Bore’: ICA Boston takes Maximalism to the max 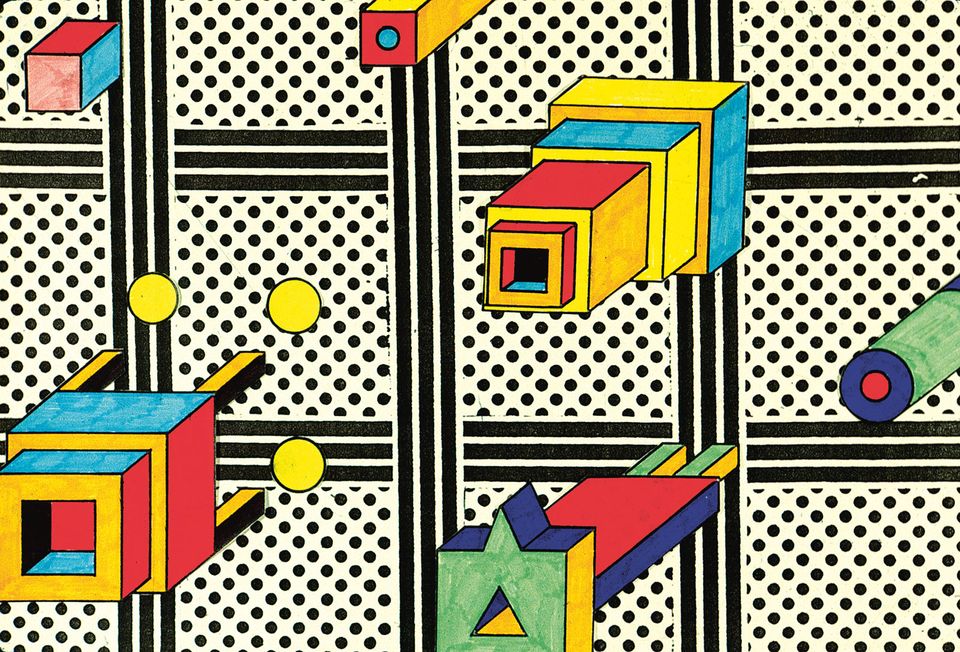 “Maximalism” is having a moment. But what does it really mean? In fashion and design circles, it is thrown around almost as frequently and hollowly as all variations of “curator”, the curator Jenelle Porter joked at the press preview for Less is a Bore: Maximalist Art and Design, her show at the Institute of Contemporary Art (ICA) Boston (until 22 September).

The exhibition’s starting point rewards knowledge of a battle of 20th century architectural maxims that began with Mies van der Rohe adopting “Less is More” as his mantra in 1947 to describe a rigidly pared-down Minimalist vision. In 1963, Robert Venturi then wittily retorted, “Less is a bore”, praising fluid design that takes on qualities and needs of its locale rather than blindly obeying the inflexible principles of an intellectual movement.

Stepping into the first of four galleries devoted to the show and pausing in front of a large-scale Sol LeWitt line drawing from 1976, faithfully reproduced and installed by the ICA staff using the artist’s set of directions, I anticipated a summer fling bent on attracting crowds of Boston Seaport visitors who wanted busy, decorative backdrops for their live Instagram stories.

My basement had recently been overrun with black mold, forcing me to unsentimentally purge 25% of all my belongings. Like plenty of other Americans, I was enjoying a Marie Kondo moment: I linked clarity of thought to Spartan interiors and Minimalist forms of artistic expression, perhaps as a way of filtering the bombardment of visuals on social media constantly calling on me to acquire and do more. I left the show convinced that it was time to wallpaper even my ceilings. 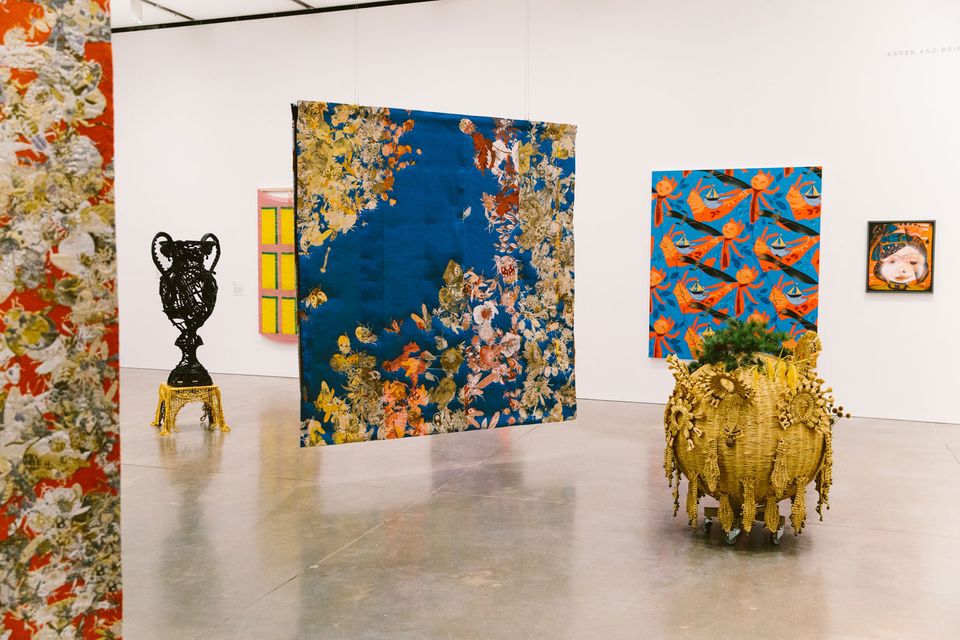 In addition to offering a rich visual primer on the Pattern & Decoration artists of the 1970s and 80s, Porter consciously included work by female artists who may be largely unknown to a general audience but deserve to be known, including Miriam Schapiro, Nancy Graves and Howardena Pindell. In the case of the latter, a Color Field painter who belatedly received her first museum survey last year, the work Artemis (1986) is a seemingly blithesome abstract play on the grid and the dot that pays homage to the circle. It is a shape that haunts Pindell’s practice, with connections to a childhood memory of visiting the South and observing at a restaurant that her glass was purposefully marred with a red dot to keep it separate for non-white diners.

Overall, the show, with its massive saffron and tangerine florals by Robert Zakanitch, an immersive, sugary parlour with playful rococo influences by Virgil Marti and a Kehinde Wiley portrait from the artist’s Haiti series, turned out to be primed for Instagram stories and, more importantly, vitally relevant. Porter treats the museum space as a giant canvas for triggering conversations about cultural appropriation, gender identity and the body, and inclusivity, as well as who is granted or denied access to institutions and the art market, and why. Although the exhibition pleasantly blurs lines between craft, design and art through a devotion to pattern, there isn’t a piece in sight that is merely decorative, even the chairs. 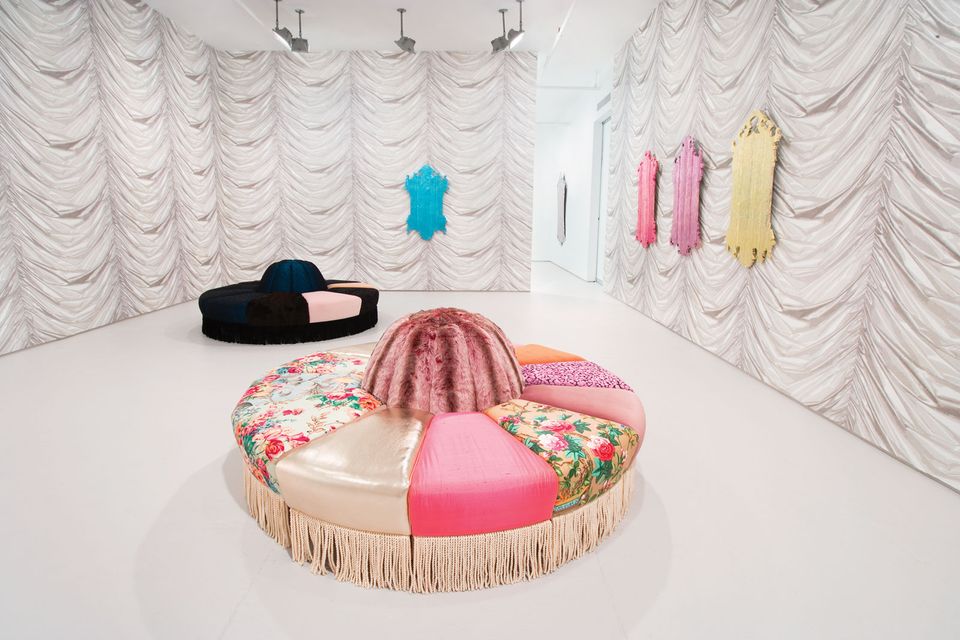 • Less is a Bore: Maximalist Art and Design, her show at the Institute of Contemporary Art (ICA) Boston (until 22 September)