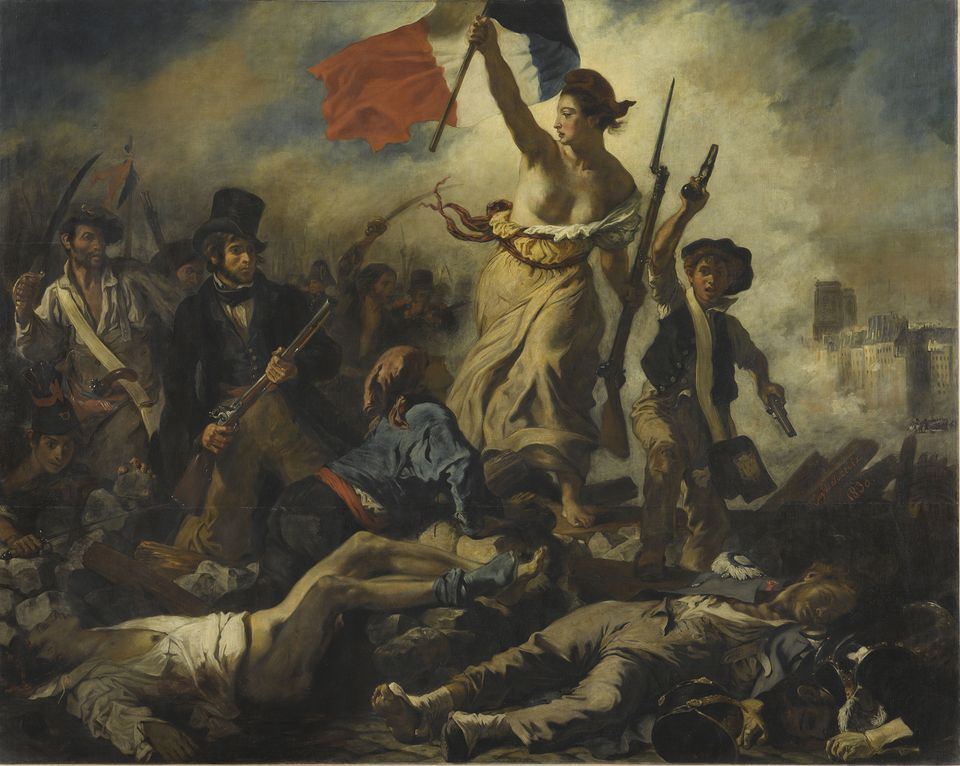 “Glory is not an empty word for me,” wrote the young Eugène Delacroix. As the brilliant survey of his career at the Louvre in Paris shows, he achieved the goal he desperately wanted and remained famous throughout his lifetime and to our day. But renown and repute are different. His significance has waxed and waned in relation to the unwieldy, hard-to-define, easy-to-love and easy-to-hate epoch we call Romanticism. Delacroix was also the premier iconographer of the French state, the painter of the Louvre’s Liberty Leading the People (1831); his wagon was hitched to political stars that also rose and fell.

It is just as well the museum waited 50 years after his last survey to give him another, Delacroix (1798-1863), which runs until 23 July. We are freer now more than ever from the dictatorship of “periods” such as Neoclassicism, its purported enemy and antidote, Romanticism, and the many movements that followed starting with Impressionism, which Delacroix helped to foment. This is a salubrious development for art lovers, especially for those looking at Delacroix. He transcended movements and schools. This exhibition proves he was good at everything and nothing was the same in his wake.

The show is organised more or less chronologically, but does not necessarily reveal a steady progression, since even as a young man Delacroix was a genius. His family was political and military, with revolutionary sentiments, accomplished and well-connected enough to make credible the rumour that he was foreign minister Talleyrand’s illegitimate son. In any event, Delacroix was a high-stepper. The pictures that made him a sensation and kept him in the canon, like The Death of Sardanapalus (1827-28) or The Barque of Dante (1822) were painted before he was 30. They are big in size, complexity and moral content. Every few years, Delacroix produced an operatic work like Medea About to Kill Her Children (1838) and massive mural projects at the Palais Bourbon and the Gallery of Apollo at the Louvre in the 1840s. These guaranteed his superstar status. 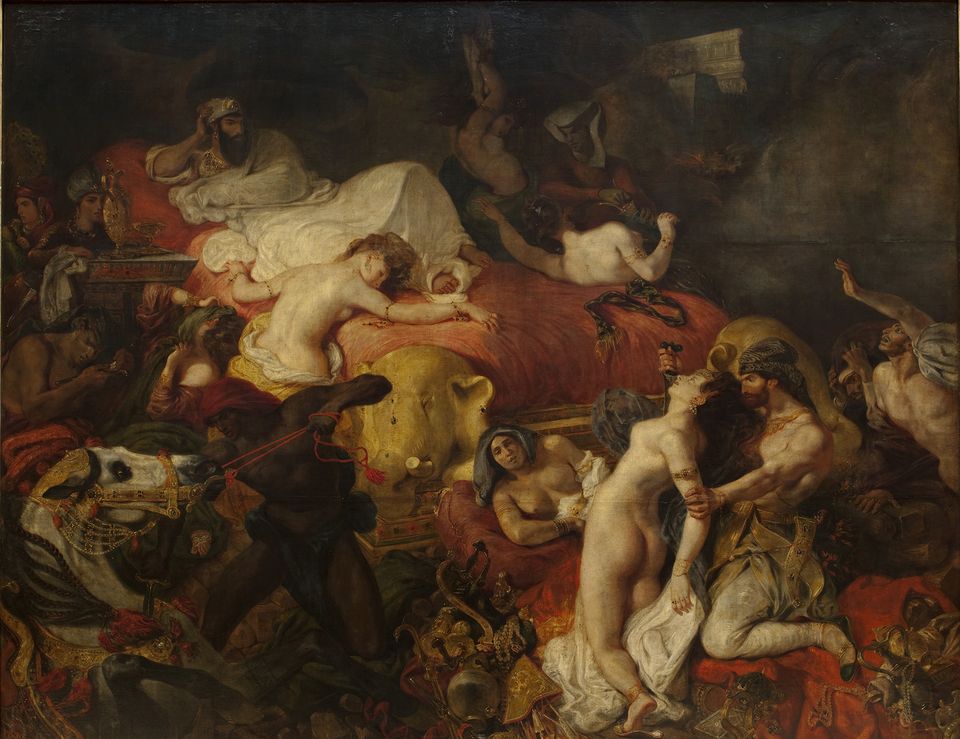 The salon versions of The Death of Sardanapalus and Christ on the Mount of Olives (1827), on loan from a Paris church, are too big for the Louvre’s temporary exhibition galleries. They hang side-by-side in the gallery reserved for its largest 18th- and 19th-century French pictures. Many good things come from this. We can see the links between Delacroix’s Death of Sardanapalus and The Raft of the Medusa (1818-19) by his friend Géricault, for which Delacroix was a model. Both paintings are scenes of chaos with a central platform—one a raft, the other a bed—and both have strange, empty passages in the middle. Gericault’s is a deep, dark void; Delacroix’s is that broad expanse of red coverlet. Gericault’s signals a different sense of spatial organisation, like a stage set with players. Delacroix’s has a passing concern with depth; it’s a flat, dense jamboree, disorienting and giving us a new dimension of madness. Looking at Sardanapalus and then the showstopping history pictures of Géricault, Gros and David, we can see how radical a painter Delacroix was, how amoral, hedonistic, how much he loved the thrill of a messy, juicy debauch. There are advanced studies of Sardanapalus in the show proper, which allow us to focus on Delacroix’s paint surfaces. The big pictures have much tighter finishes.

Delacroix amazes most through an inventiveness that knew no bounds. He was a masterful lithographer while the technique was new. His still-lifes are lush tributes not only to the Dutch masters but to the garden scenes in works by his French predecessors, Fragonard and Boucher. He painted seascapes and landscapes, usually small and for his own restless pleasure. His religious paintings would give the most ruthless pagan second thoughts. Many are small enough for the viewer to feel possessive and intimately involved. His nearly nude, freshly crucified Jesus is a charismatic, intensely physical presence. He knew how to tell a story, whether from Christian scripture or Ovid or Dante. The show has the best from each category.

Delacroix is a very sexy painter, starting with his Orientalist phase. Sardanapalus pulls out all the stops in defining Orientalist decadence; if you have to go, throw yourself an orgy on the way out, and don’t forget the heaving horses. Yet unlike Gerome, Fortuny or the other Orientalists, Delacroix gives his harem women the look of everyday life. Nothing better suggests a randy, uninhibited romp than one of my favourites in the exhibition: a small 1828 watercolour depicting a bed whose sheets have been rumpled with abandon. He painted Sardanapalus the same year, and both are over the top. One draws you in with its gaudy colour and spectacle. With the other, your imagination supplies the narrative, and that can be even more fun.

The exhibition fizzles a little at the end, with a final gallery of small landscapes and seascapes, but these are what Delacroix was doing in the last years of his life. They offer atmosphere rather than topography. None is the least bit formulaic. The show is a welcome survey, for too much thinking about, for instance, Delacroix’s influence on the Impressionists or Whistler, Bonnard or Matisse would lead the viewer on too many other adventures. The deep focus on Delacroix is in itself a rare, sumptuous feast, and the Louvre serves it up with that unusual combination of rigour and elan. 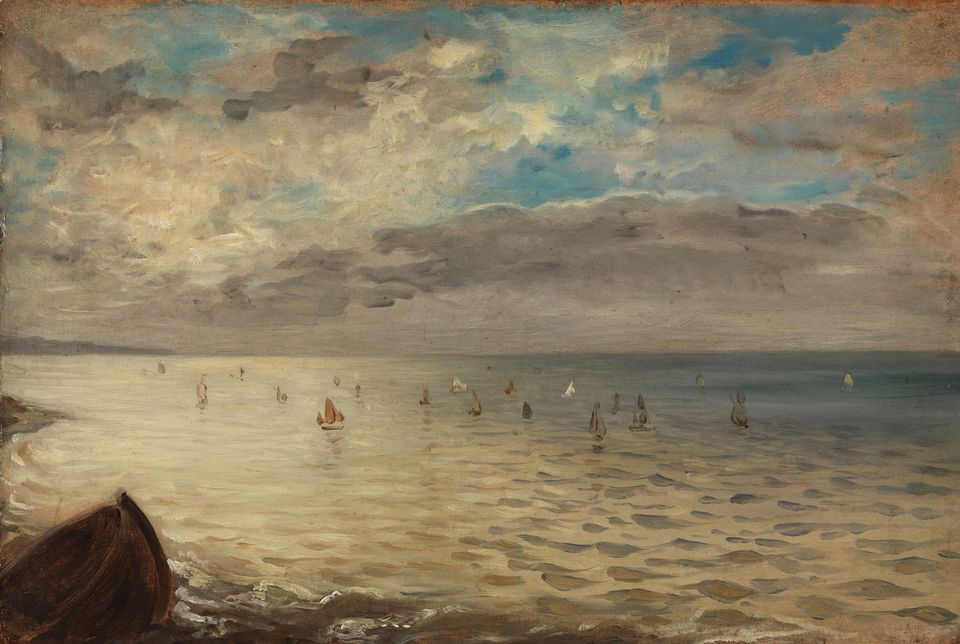