The best shows to see at Condo London 2020 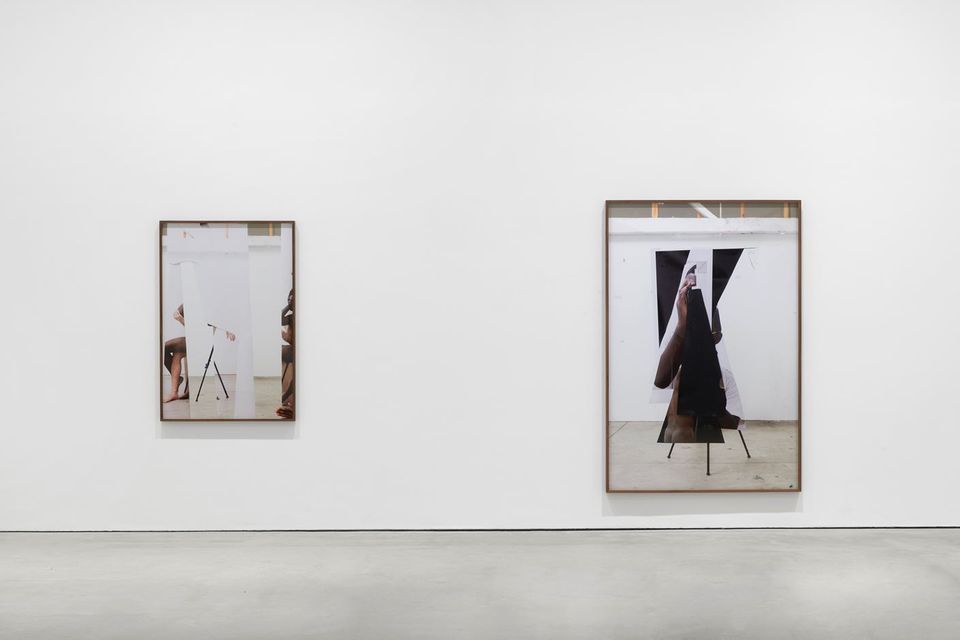 The annual collaboration that is Condo kicked off with a vengeance last weekend. This year, 17 galleries across east, west and south London hosted a diverse range of their international compadres, either with co-curated shows or by allocating separate gallery space to their guests. Now in its fifth year, this refreshingly collegiate initiative beats the January blues with what is an infinitely more friendly (and less expensive) model than the art fair—vital for galleries wishing to test new markets and introduce their artists to different global audiences.

Although it began as a young gallery initiative, many of the participants in Condo 2020 also have established presences on the international art fair circuit who are nonetheless happy to welcome guests, especially in such a quiet month for the market.

Modern Art has joined forces with New York’s Team Gallery in what is the first solo UK showing of the elegantly composed and collaged photographic figure studies of the Californian artist Paul Mpagi Sepuya. This also coincides with a separate exhibition of new paintings by the gallery's own artist Katy Moran. 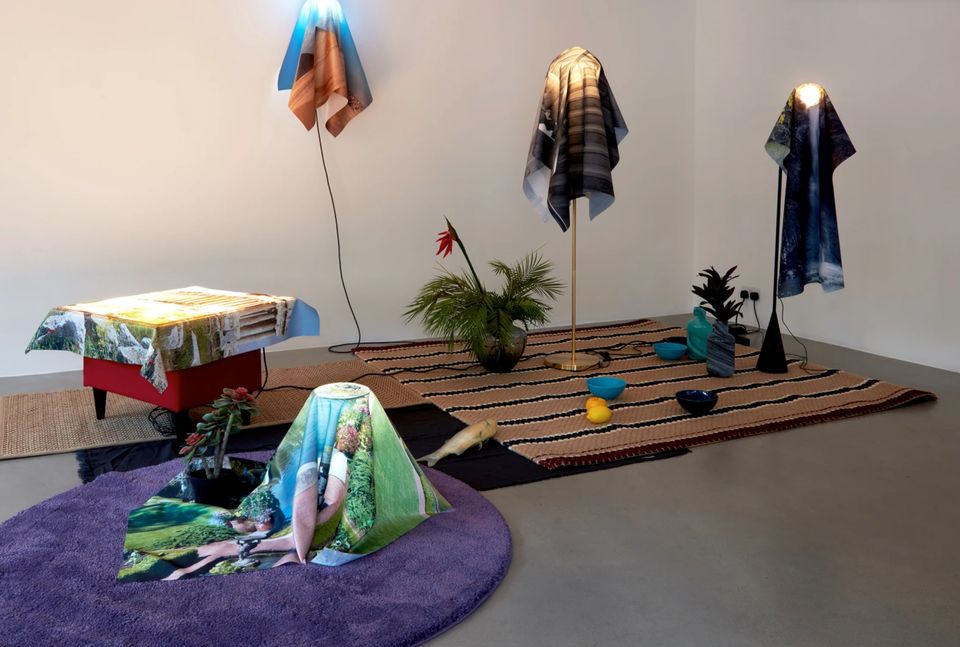 Sadie Coles is another senior figure who is hosting two separate galleries at her Davies Street space, alongside a show of intensely meticulous pencil drawings by the late Paul Anthony Harford whose estate she represents. Dépendence from Brussels has taken up temporary residence with a row of unsettlingly wonky portrait heads by Jos de Gruyter and Harald Thys, the artist pair who wowed at the Belgian Pavilion for last year’s Venice Biennale. Meanwhile, Edouard Malingue gallery from Shanghai and Hong Kong has installed a fantasy interior created by the Mongolia-born, Beijing-based artist Nabuqi.

It’s unusual for Condo to feature older works, but another stand-out highlight of this year is a pair of historical exhibitions to be found at the Approach in Bethnal Green. Here, paintings and sculpture made between 1972-90 by the self taught Afro-Brazilian artist Rubem Valentim accompany portrait drawings by three Chicago Imagist artists—Barbara Rossi, Karl Wirsum and Robert Lostutter, made in the 1960s and early 1970s and brought to London courtesy of the Chicago-based gallery Corbett & Dempsey. 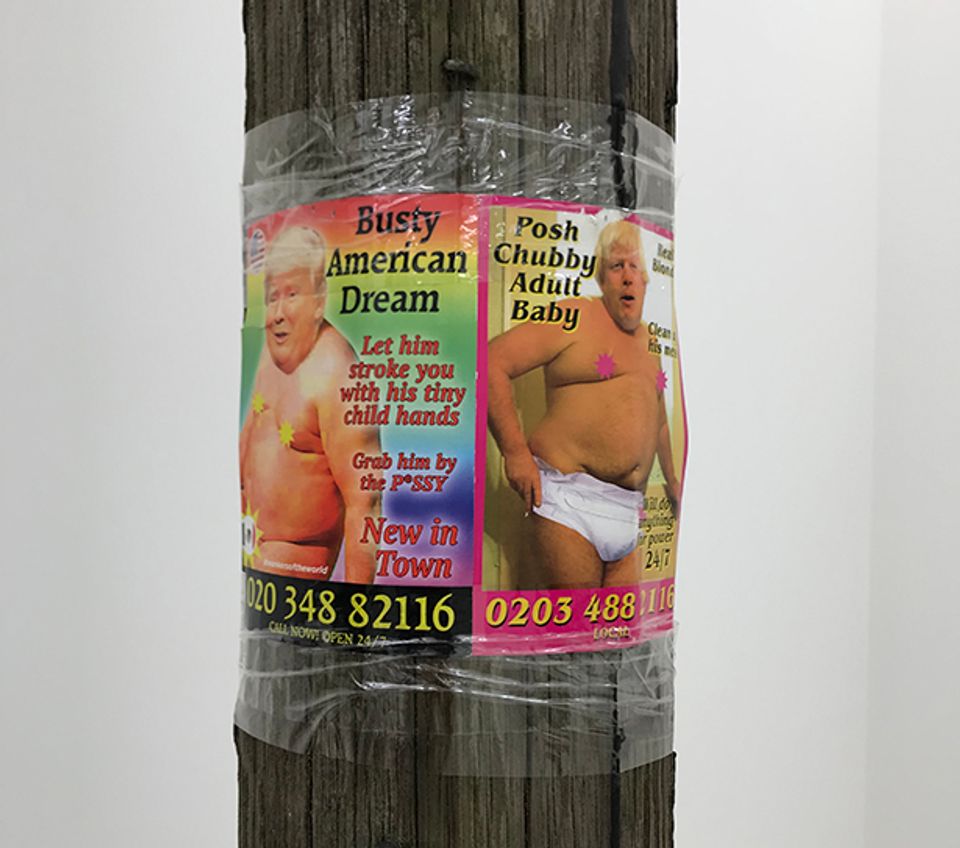 A more recent monument to a city in flux has been installed at Carlos Ishikawa, where the gallery's director and Condo's founder Vanessa Carlos has filled the main gallery space with Lloyd Corporation’s forest of severed wooden telegraph poles. These act as impromptu billboards for street notices and advertisements gathered mainly from the streets of London over the past year or so. Here, local and global meet and sometimes clash, whether in the form of a flyer demanding justice for victims of the Windrush scandal; a pair of satirical prostitute cards mocking Donald Trump and Boris Johnson; a notice announcing a found rabbit; or an advert for a massage. Mounted on now increasingly rare cable carriers, these lo-fi street texts also pay tribute to a more democratic, analogue means of communication. Signs, signifiers and symbols also abound in the gallery’s back-room on a giant painting by Dickon Drury from Glasgow’s Koppe Astner, which offers a lexicon of art historical references and still life tropes—from a jutting Chardin knife to a Warhol banana—all rendered in a garishly contemporary palette.

Over in the West End, vivid expanses of saturated colour fill Pilar Corrias in both the voluptuous fantastical nudes of the gallery's artist Sofia Mitsola as well as in the disquietingly vivid landscapes of Sedrick Chishom, a New York-based painter who is represented by Matthew Brown gallery from Los Angeles. These dazzlingly hallucinogenic images form part of Chisolm’s ongoing proposal of a fictitious sci-fi scenario in which people of colour explore the universe, having evacuated a dying earth. 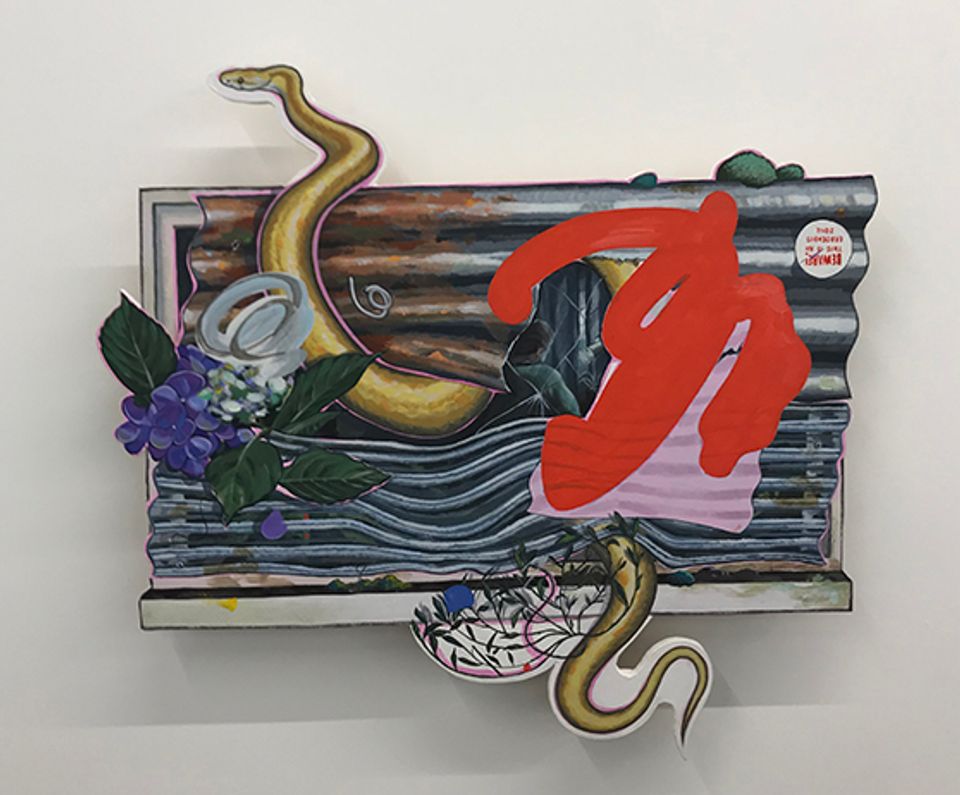 Flo Brooks's Beware! This is an erogenous zone (2020) Courtesy of Louisa Buck

Urban entropy and societal shifts feature in the paintings of Flo Brooks at Project Native Informant, in which windows that reference Dutch painting traditions are barred with warped metal grilles and burgeon with feral plant and animal life. In another, a public toilet is in the process of being repurposed by property developers, to the detriment of its former users, both human and animal.

These are presented alongside mixed-media sculpture by the Indonesian artist Bagus Pandega from ROH Projects in Jakarta, which are made from various objects that relate to the artist’s recent experience of fatherhood, each work having been adapted to acknowledge the contingent realities of this momentous event. In one piece, a breast pump containing a tiny beating heart locks onto 3D-printed facsimiles of the mangos that were Pandega’s partner’s favourite pregnancy food. Thanks to another work, the gallery resonates to the sound of an infant heartbeat, recorded on a vinyl record and played on a turntable mounted on rockers. The speaker takes the form of a life-sized silhouette of a child’s head. Signalling resilience but also fragility and the need for a network of support, these poignant celebrations of a new life form are an appropriate symbol both for the continuing success of Condo as well as a welcome ray of optimism for a new decade.