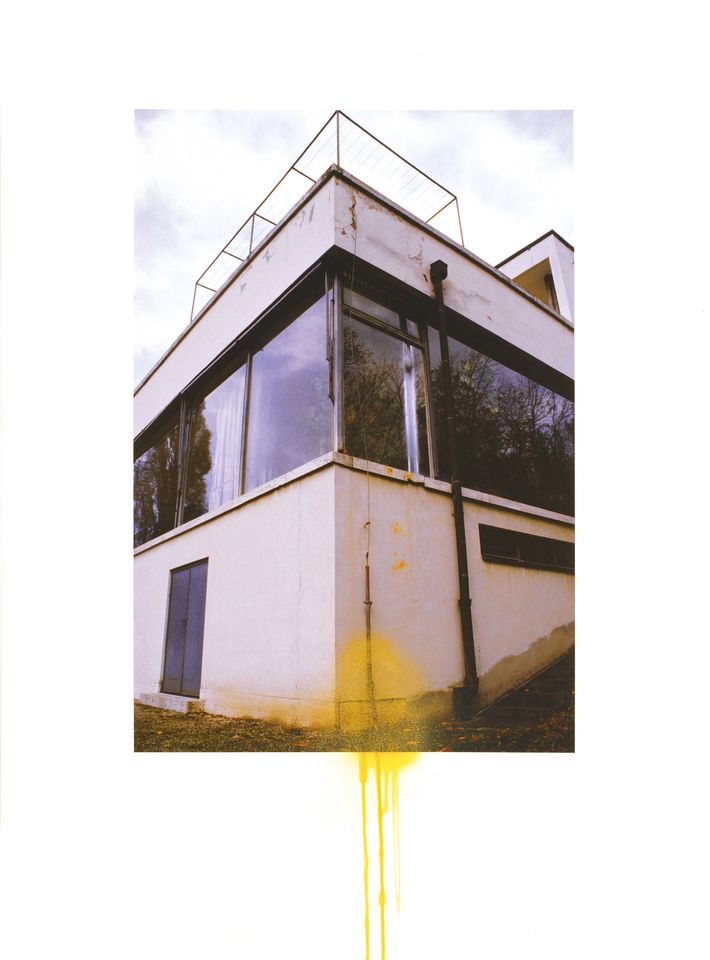 Ludwig Mies van der Rohe (1886-1969) was, with Alvar Aalto, Le Corbusier, Walter Gropius and Frank Lloyd Wright, one of the giants of Modernist architecture. His place in the canon is unassailable and his influence can still be seen in the world of architectural studies. His influence extended and extends, however, well beyond the bounds of building design and this book is a collection of statements by 100 painters, sculptors, photographers, film directors and cartoonists on the effect his work has had on theirs.

The book is arranged thematically with an introductory section of portraits of Mies van der Rohe, one of which is an irreverent caricature by David Levine whose work will be familiar to the readers of the New York Review of Books. Other responses are gathered in chapters on furniture, buildings and toys (which includes a bird-feeder by the Danish architect Monique Engelund).

Mies van der Rohe was generally regarded as being apolitical. However, he was responsible for the design and construction of a rough, clinker-brick monument or mausoleum commissioned by the German Communist Party in 1926 to commemorate Karl Liebknecht and Rosa Luxemburg. It was destroyed by the Nazis in 1933, but photographs have inspired two contemporary works, one, Rosa, Karl and Ludwig (2012) by the Spanish conceptualist Domènec and the other, Entertainment Center Mies (Rot, 2003-04) by the Croatian installation artist Marko Lulic that testify to the monument’s powerful memory. Other artists whose works are cited include Daniel Libeskind, Erwin Wurm, Rem Koolhaas, Kurt Schwitters, Carl Andre, Isa Genzken, Thomas Ruff, Ed Ruscha, Yves Klein, David Diao (whose Spoor: Tugendhat House, 2004, irreverently comments on Mies van der Rohe’s famous 1930 Czech building, is shown here) and many others.