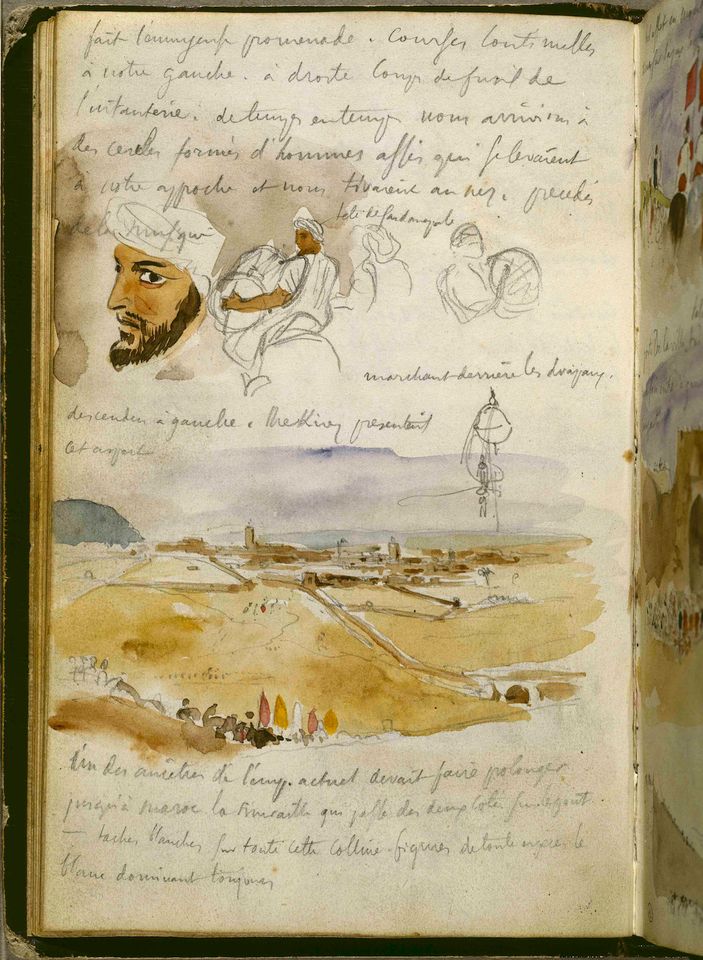 In 1832 the 34-year-old Eugène Delacroix, already well known for his Orientalist works, accompanied a French diplomatic mission to Morocco and travelled through Algeria and Andalusia. His exposure to these places made him realise how limited and stereotypical his ideas had been about the “Orient” and thereafter fired his imagination. He wrote extensively about his experiences in several notebooks, noting the places he visited (shown here, a sketch for 15 March 1832: “Went into the mountains and, after some way, discovered the great valley in which Meknes [Morocco] is located.”), his routes, the scenes he witnessed and the people he met. He published two articles from this material which are included in this book which is the first time his notebooks (along with a newly discovered fifth notebook) have been translated into English by the scholar, Michèle Hannoosh. She has supplied an introduction, notes and various supporting materials that will make this an invaluable resource for other scholars, as well as for readers who may already be familiar with Delacroix’s prose from his delightful journals.