Beyond Europe: book on illuminated manuscripts reveals worldwide nature of the Middle Ages 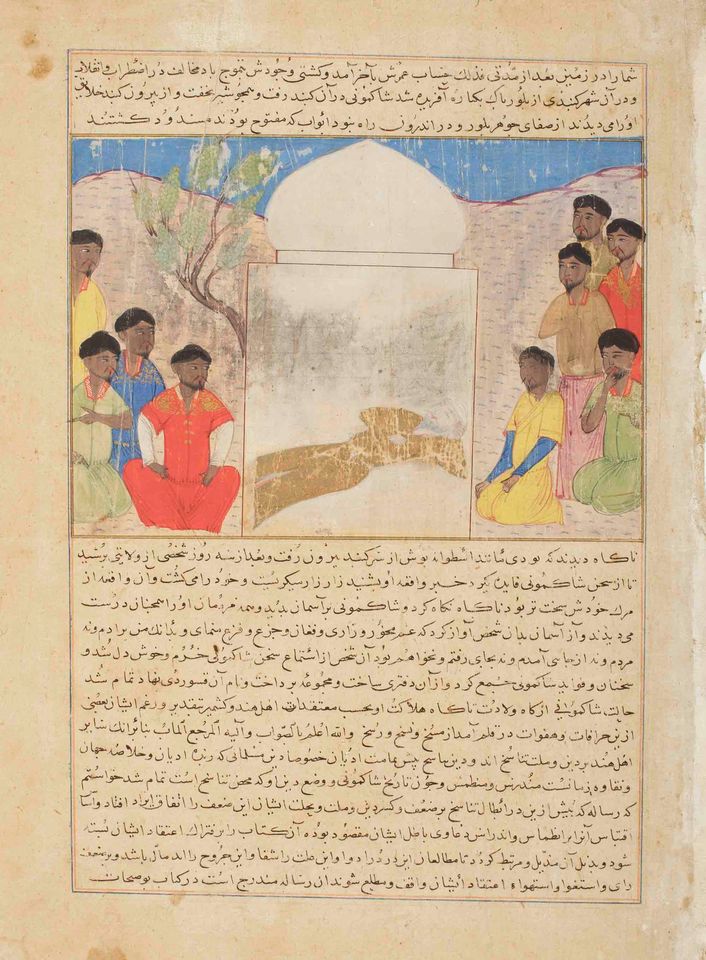 A 15th-century leaf, The Appearance of Shakyamuni (the Buddha) after His Death, from a manuscript of the Majma al- Tavarikh (Compendium of Chronicles) by Hafiz- i Abru, Herat, Afghanistan Courtesy of the Los Angeles County Museum of Art

When we think of illuminated manuscripts we naturally tend to think of decorated codices, mainly on religious—although occasionally on secular—topics, made in medieval Europe now carefully preserved in museums or libraries, in whole or in part. This book aims to challenge that stereotype by setting out in essays and case studies a broader understanding of illuminated manuscripts.

Materials from Africa, Asia, Australasia and the Americas are gathered to illustrate what is becoming known to academics as the Global Middle Ages. Ethiopian illuminated texts; Persian painted books; Buddhist manuscripts from Southeast and Central Asia (shown here, a 15th-century leaf, The Appearance of Shakyamuni (the Buddha) after His Death, from a manuscript of the Majma al-Tavarikh (Compendium of Chronicles), by Hafiz- i Abru, Herat, Afghanistan); Mayan codices and codex-style vessels; the interaction of European prints and Armenian manuscripts; and representations of Buddha in palm-leaf books, are among the many subjects covered in these essays.

The book includes a handy time table of extra-European book productions from 100BC to 1800. There is also a two-page colour map of the world indicating the centres of book production throughout the medieval world with pointers to works discussed in the text. This is a nuanced and balanced study of the interconnectedness of reading, writing and illustrating in the world before printing.