From a major survey of Abstract Expressionist Lee Krasner at the Barbican, to rooftop sculptures at Bold Tendencies in Peckham 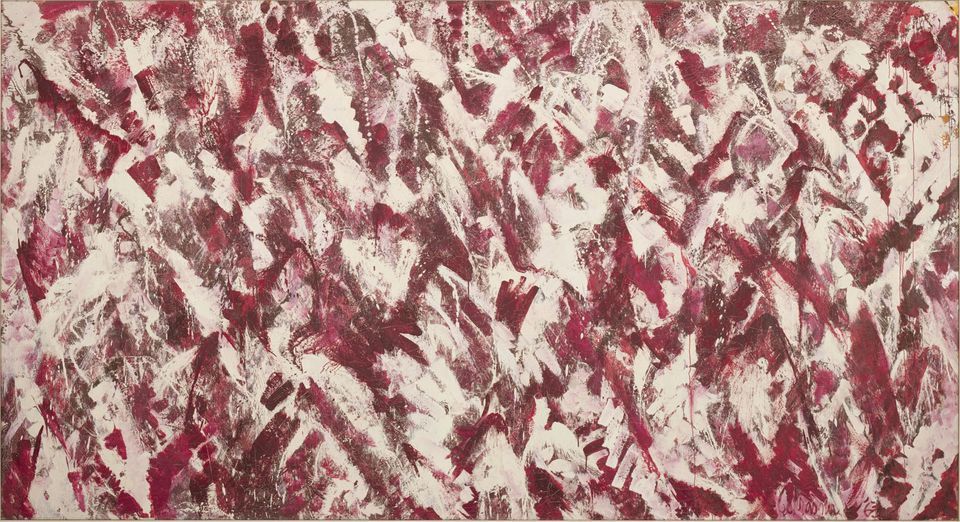 The Barbican is astonishingly the first European institution to host a Lee Krasner survey exhibition since the Whitechapel Gallery in 1965. Lee Krasner: Living Colour (until 1 September; tickets £17, concessions available) reveals the full range and force of the American Abstract Expressionist painter relegated for far too long to the role of Mrs Jackson Pollock. The show starts small, the scale of the works matching the cellular spaces of the upstairs galleries. This upper circuit ranges from the careful hieroglyphic “Little Images”—made in a bedroom of the Long Island home she shared with Pollock—to the wildly contorted fleshy forms of the four large paintings she completed after he died in a car crash: a prelude to the shift of ambition in her mature works downstairs. An open-plan exhibition design by David Chipperfield Architects shows off the fluidly freeform, often riotously colourful compositions of the 1960s to best advantage. Most are huge—the result of Krasner moving into Pollock’s barn studio, where she pinned her canvases directly to the walls. It is hard not to conclude that coming out of his shadow finally allowed her talent to soar.

Now in its 13th year, the annual Bold Tendencies reopened for the summer season this week with its latest show Fiction (until 21 September; free). The group exhibition on the rooftop carpark in Peckham mixes new commissions with the permanent installations such as Richard Wentworth’s winding silver floor pattern Agora (2015) and the Derek Jarman Garden (2013) designed by Dan Bristow. Greeting visitors as they arrive at the top of the bubble-gum pink staircase, is Lawrence Lek’s FTSE (Farsight Stock Exchange) (2019), an interactive video game played on screens in the shape of a pound sign immersing gamers into a future version of the carpark. Among the works outside on the roof is the labyrinthine Unearthed Underground (2019) by Liz Glynn, based on the sewer system designed by Joseph Bazalgette, and Konrad Smoleński’s B (2019), which consists of three dodgy-looking black cars with tinted windows, no number plates and the occasional burst of sound. And of course, Bold Tendencies is also an opportunity to enjoy what is without doubt one of best views of the London skyline.

One of the founding fathers of Arte Povera, the Greek-Italian artist Jannis Kounellis is the subject the first UK exhibition since his death in 2017 at Almine Rech Gallery (until 27 July; free). Many central tenets of Arte Povera—a lack of colour and interest in alphabetic signifiers—abound in early monochrome paintings from the 1960s, as does the incorporation of everyday objects. An interrogation of raw materials and their relation to natural elements continues to define Kounellis’s oeuvre, as seen in works such as the late installation made from steel and coal or a wall-hung structure made from iron, burlap and cables. We are also introduced to one of Kounellis’s most famous works—a performance-cum-painting in which he placed 12 live horses in a stable, with a nod to Duchamp—through a photograph by Claudio Abate. Though not as well known as Kounellis, Abate was responsible for capturing pivotal images of the Roman avant-garde artists in the post-war period and a small but remarkable collection of his black-and-white silver prints document work by artists such as Pino Pascali and Mario Merz.