From the legacy of Augusta Savage to memories of Leonard Cohen 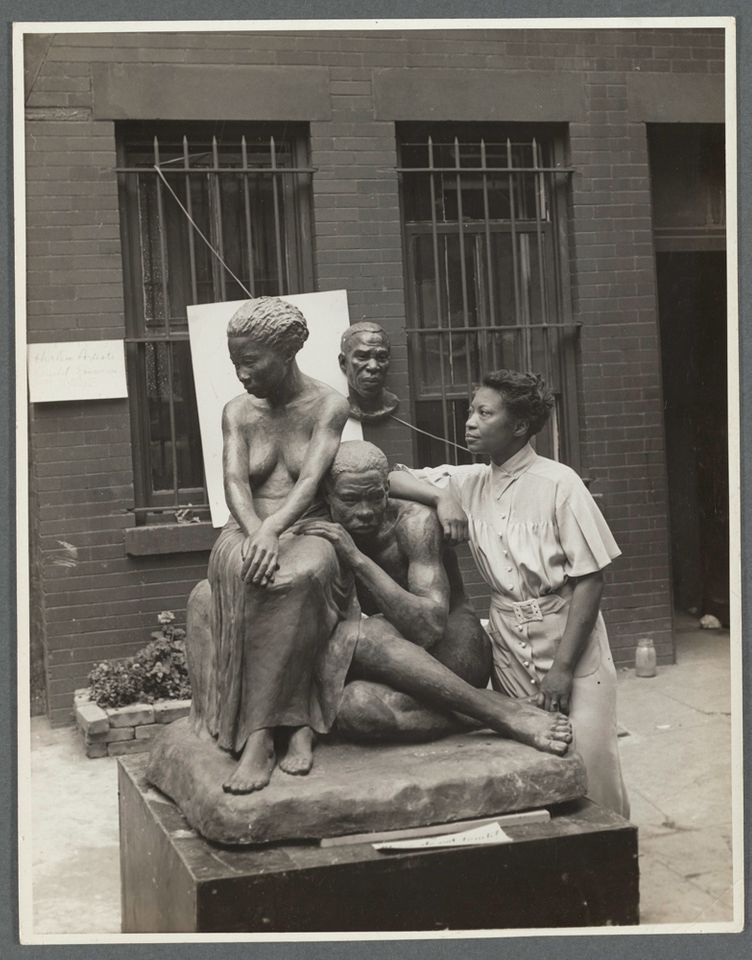 Much of the work of the Harlem Renaissance artist Augusta Savage, who countered 20th-century stereotypes of African Americans through her sculptures of black figures in a classically inspired style, has sadly been lost. The New-York Historical Society redresses this with its show of 50 of Savage’s remaining works, Augusta Savage: Renaissance Woman (until 28 July), including a small version of her sculpture Lift Ev’ry Voice and Sing (or, The Harp), made for the 1939 World’s Fair and destroyed after since she could afford to cast it in bronze, and a painted plaster example of Gamin (around 1930), a turning point in her career. “Her legacy of strong, sympathetic portrayals of black figures is evident in the subsequent artists who studied with her,” says Margaret Hofer, the Society’s director. The show, also a testament to her generative community spirit and influence on both Harlem and her students, includes pieces by artists she taught such as Gwendolyn Knight (also represented in a re-cast bronze bust by Savage), Jacob Lawrence and Romare Bearden.

The Jewish Museum has struck a moving chord with its show Leonard Cohen: a Crack in Everything (until 8 September). Works by contemporary artists ranging from Tacita Dean and Taryn Simon to Janet Cardiff and George Bures Miller pay homage to Cohen, who died in 2016. For her stunning 18-channel video installation I’m Your Man (Portrait of Leonard Cohen) (2017), the South African artist Candice Breitz invited 18 super fans to cover Cohen’s 1988 comeback album I’m Your Man in a professional recording studio, and had the all-men’s choir from Cohen’s lifelong congregation, the Shaar Hashomayim Synagogue in Montreal, sing backup. Bring tissues for George Fok’s immersive, 360 degree video work Passing Through, a portrait of Cohen through audio-visual material from his five-decade career, which just might make you cry. Head into another gallery space to listen to covers of Cohen songs by musicians like Lou Doillon, Moby and the National with Sufjan Stevens.

Denny Dimin Gallery has launched its Tribeca space with a show of fertility-focused photographs by the New Zealand artist Ann Shelton, jane says (until 19 May). The stunningly crisp c-print images feature arrangements composed of flowers, foliage and roots used throughout history by doctors, shamans and witches as abortifacients or contraception. The artist has long studied plants and their uses, with a focus on how humans have attempted “to control and exploit” them, in much the same way women’s bodies have been controlled. Now in its final week, the exhibition could not be timelier given the regressive anti-abortion legislation recently passed in Georgia and Alabama that threatens the reproductive health of women across the US. The work poetically and powerfully echoes the call of the new #youknowme social media campaign to raise the visibility of the vast number of women who have sought abortions for economic, emotional and health reasons.