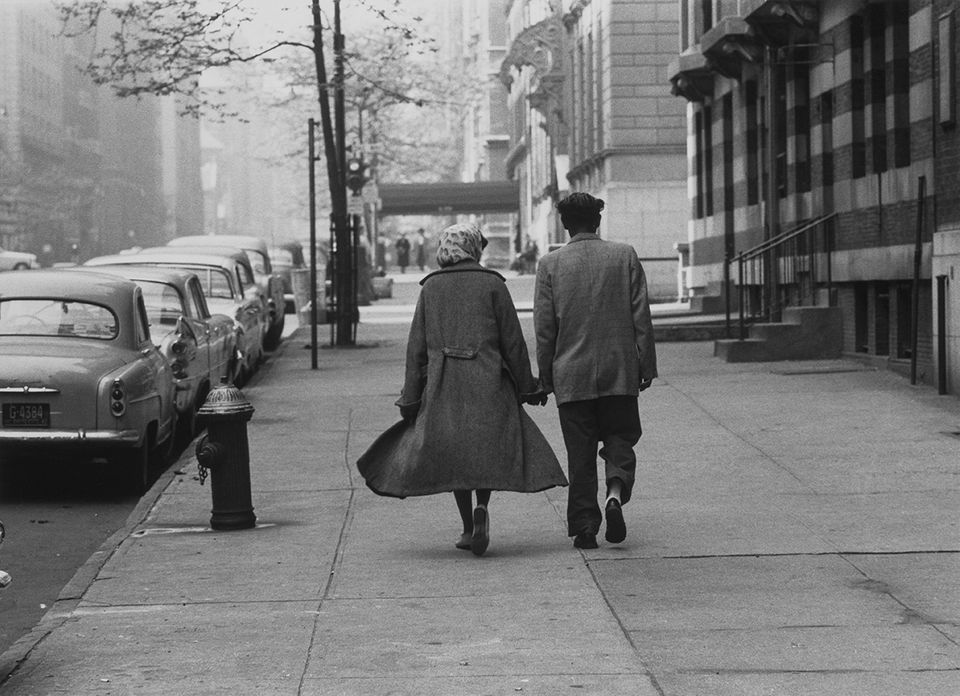 Roy DeCarava: Light Break at David Zwirner in Chelsea (until 26 October) brings together more than 100 black-and-white photographs spanning more than 60 years of DeCarava’s oeuvre. The Harlem-born artist began his career as a painter but dedicated himself to photography starting in the mid-1940s, and in 1952 became the first African-American photographer to be awarded the Guggenheim Foundation Fellowship. In his application, DeCarava explained that he did not wish to present a “documentary or sociological statement”, but rather to aim for “a creative expression, the kind of penetrating insight and understanding of Negroes which I believe only a Negro photographer can interpret”. In his work, “light carries aesthetic qualities while its graphic energies equally face the rendering of trenchant social truths”, the late artist’s wife and curator of the show, Sherry Turner DeCarava, writes in the catalogue. In its uptown space, David Zwirner is meanwhile showing photographs from the artist-made book The Sound I Saw, published in 1960. The work, which includes atmospheric images and portraits of such luminaries as Billie Holiday and John Coltrane, has never been shown in its original form.

The 19th edition of the Socrates Annual at Socrates Sculpture Park in Long Island City (until 8 March 2020) presents works by the 15 artists and collectives who were awarded the 2019 Socrates Annual Fellowship, a prize launched to support public sculpture that includes a $5,000 production grant, a five-month residency and $1,000 artist's fee. While the show does not have a specific theme, its curator, Jess Wilcox, identifies some common interests among the artists, such as the intersection of botany and migration, narratives about natural and manmade landscapes, and "the interiority of the body as a vessel, repository, shelter”. Among the highlights is Marius Ritiu’s 25ft-high sculpture Rock’n Roll (Sisyphys – Part II), which has a “surreal presence on the park’s waterfront, with a pounded-copper surface that varies from velvety reds and oranges to patina and turquoise”, Wilcox says. Visitors traversing the park will also hear a sonic installation by the late artist Martin Roth in which the calls of animals and insects emanate from a series of speakers installed on the trees. The work is intended to mimic the sounds of urban life, from iPhones to car alarms.

It’s the last week to see Lily van der Stokker: Exhibition of the Medicines at Kaufmann Repetto (until 19 October). In the show, the Dutch artist, who is now in her mid-60s, looks at the universal quandary of aging with the same “terminally cheerful” sensibility (to quote a review by Roberta Smith from 1990) that she has so deftly employed for decades. In murals painted on the gallery walls and sculptures scattered around the room, ebullient palettes spell out the names of doctors that van der Stokker and her friends consult, along with various medications they are prescribed, from Ashwagandha to Oxycodone. Subverting the realisation that doctors are, in fact, only people, van der Stokker kindly re-deifies them through perhaps the truest path to sainthood: humour in the midst of tragedy.