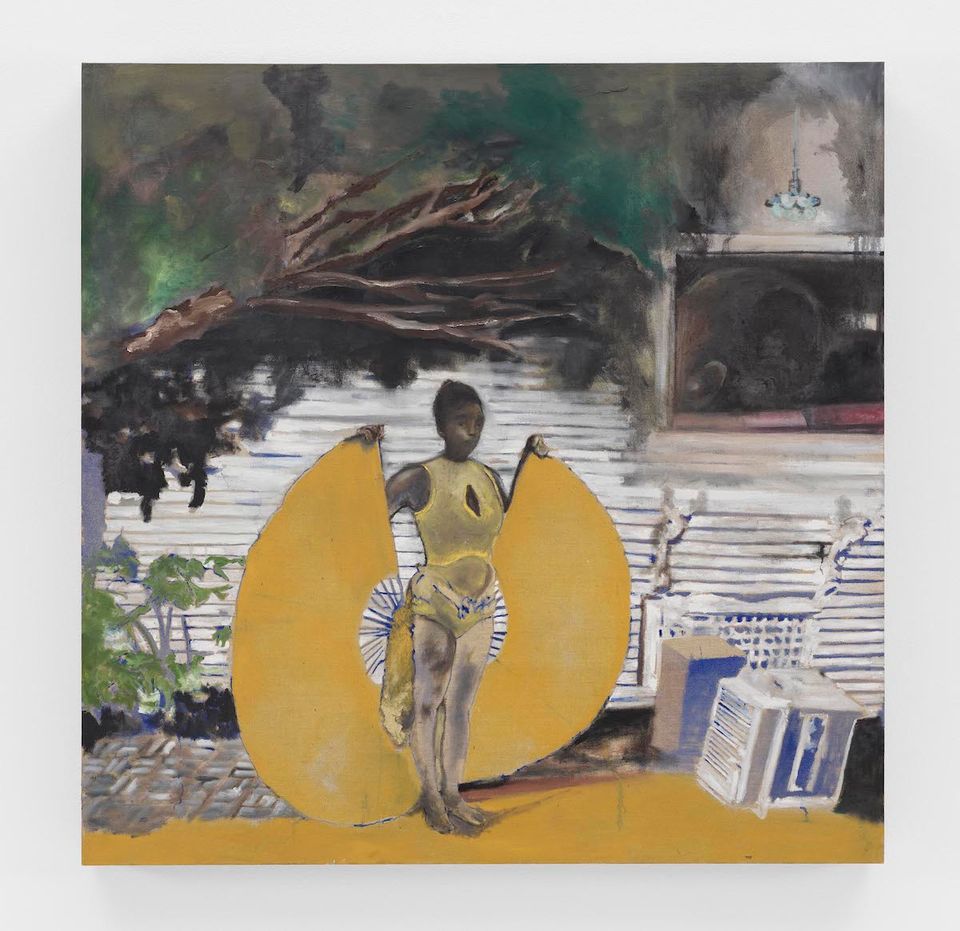 Noah Davis at David Zwirner (until 22 February) profiles a prodigious artist who was a fixture of the Los Angeles art scene in more ways than one. Davis died at just 32 years old from a rare form of cancer in 2015, two years after founding the Underground Museum, an artist-run exhibition space in South Los Angeles that still functions today. For this show—the first major exhibition of his paintings in New York—the mega-curator Helen Molesworth has assembled a suite of the artist’s striking works, which cumulatively take over most of Zwirner’s 19th Street hub. Primarily figurative in nature and typically depicting African-American subjects in commonplace and historical settings, the paintings slip easily between the quotidian and preternatural, asserting that the magic of the surreal is baked into our daily lives.

The Spanish-born feminist photographer Laia Abril explores the harm women suffer due to a lack of access to safe and legal abortions in her first US solo show at the Museum of Sex in New York. On Abortion: And the Repercussions of Lack of Access (until 15 October) is the first chapter of the artist’s new long-term documentary project, A History of Misogyny, which will explore the disenfranchisement and inequality of women on a global scale throughout history. The show features audio, visual and archival works as well as a selection of antique abortifacient tools on loan from the Burns Archive medical history collection in New York. This show coincides with chapter two of the project, On Rape, currently on view at the Galerie Les Filles du Calvaire in Paris.

The Public Art Fund has inaugurated its 2020 programming with the commission Farah Al Qasimi: Back and Forth Disco (until 17 May). A series of 17 spirited photographs that celebrate the charm of New York’s communities and small businesses–for example, a photo of Coco, a cockatoo who lives in a curtain store in Ridgewood, Queens. The project, which has been installed in the advertisement space of 100 bus shelters across five boroughs and 18 neighbourhoods, “highlights the idiosyncrasies and overlooked beauty of our urban environment”, says the assistant curator, Katerina Statopoulou. The Emirati artist, who is based between Brooklyn and Dubai, has become best known for colourful and saturated photographs and videos that fantastically reimagine public spaces and their inhabitants, and for her critique of consumer culture.