Three exhibitions to see in San Francisco this weekend

From a Modernist community on California's northern coast, to the kimono's continuing influence on international fashion 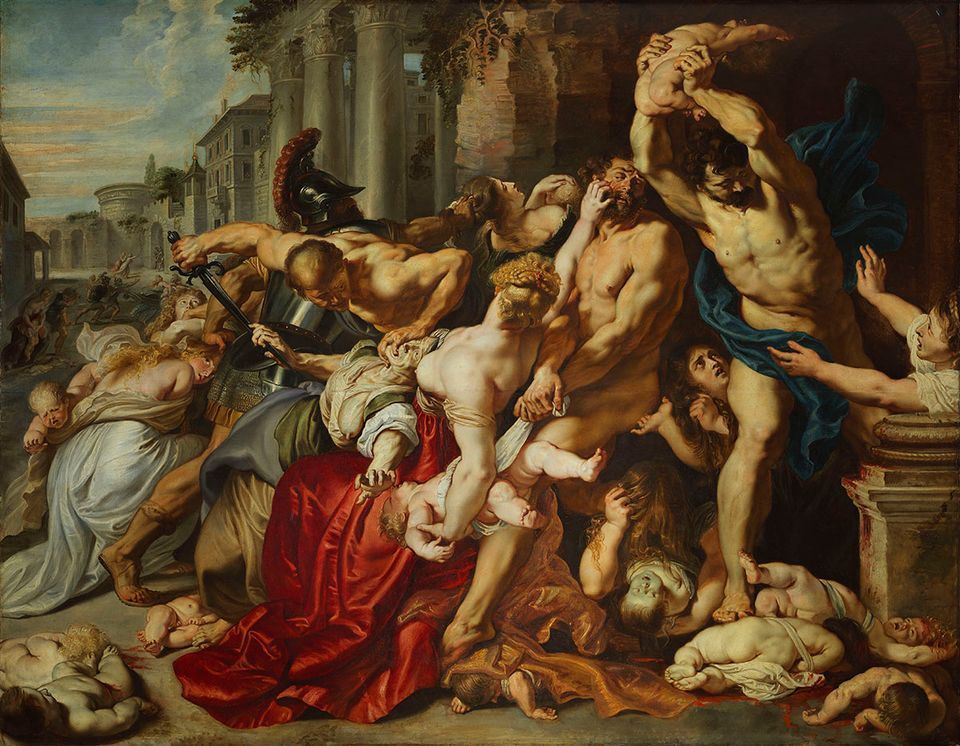 Peter Paul Rubesn, Massacre of the Innocents (around 1610), collection of the Art Gallery of Ontario Photo: Courtesy of the Fine Arts Museums of San Francisco

The Legion of Honor gives a sweeping portrait of the Old Master Peter Paul Rubens when he was a young man, returning to Antwerp from a formative eight-year journey in Italy in 1608, in the exhibition Early Rubens (until 8 September). The show, the first to specifically look at this moment in the artist’s career, has an impressive but digestible array of around 30 paintings and 20 works on paper. It is also a mini history lesson of this time in Antwerp during the Twelve Years’ Truce, when the city was recovering from decades of violence and the Catholic Church was eagerly commissioning art to replace works destroyed by iconoclasts. Standout pieces range from the beautiful but brutal Massacre of the Innocents (around 1610); to the pleading, gorgeously-lit Daniel in the Lions’ Den (around 1614-16), apparently the favourite work of school children visiting the National Gallery of Art in Washington, which has lent the work; to a bizarre and arresting cut-out of a giant angel (its original shape) made for the Church of Saint Walburga.

Kimono Refashioned at the Asian Art Museum “is not a kimono show”, the museum’s director and chief executive, Jay Xu, says in a statement for the exhibition (until 5 May), but demonstrates “how a simple item of clothing can contribute to meaningful exchanges of ideas” through around 35 men’s and women’s outfits from the 19th century to the present, on loan from the Kyoto Costume Institute. For instance, the kimono was among the foreign influences for the trailblazing early 20th-century French designer Paul Poiret as he made clothing that rejected a restrictive, corseted style, like a silk crepe dress (1920-30) on view. A silk dress from London (around 1875) has the typical corseted waist and large bustle of Western dresses at the time—but was made from a dismantled kosode (the precursor of the modern kimono). The largely chronological show does take the liberty of deliciously juxtaposing the dress with a pair of embroidered and studded Christian Louboutin boots from 2017.

Take a trip 100 miles north of the city via the San Francisco Museum of Modern Art (SFMOMA) exhibition The Sea Ranch: Art, Architecture and Idealism (until 2 June). The show looks at The Sea Ranch, a unique community created in the 1960s by a group of Bay Area architects along ten miles of rugged Sonoma County coast. “Nature predominates, not buildings” in the landscape, reclaimed from a former ranch, where part- or full-time residents live in simple, Modernist timber-frame houses sided in wood or shingles, gathered around communal areas. The genesis of the project is well-documented by1960s design sketches and drawings, and Morley Baer’s stunning black-and-white photographs of the Sea Ranch’s early years, which capture the feel of the remote bluffs, and graphic works like a design brochure by Barbara Stauffacher Solomon from around 1965. An almost shockingly modest full-scale replica of a house at the centre of the gallery allows visitors to take a seat and contemplate a “view” of the Sea Ranch shoreline.