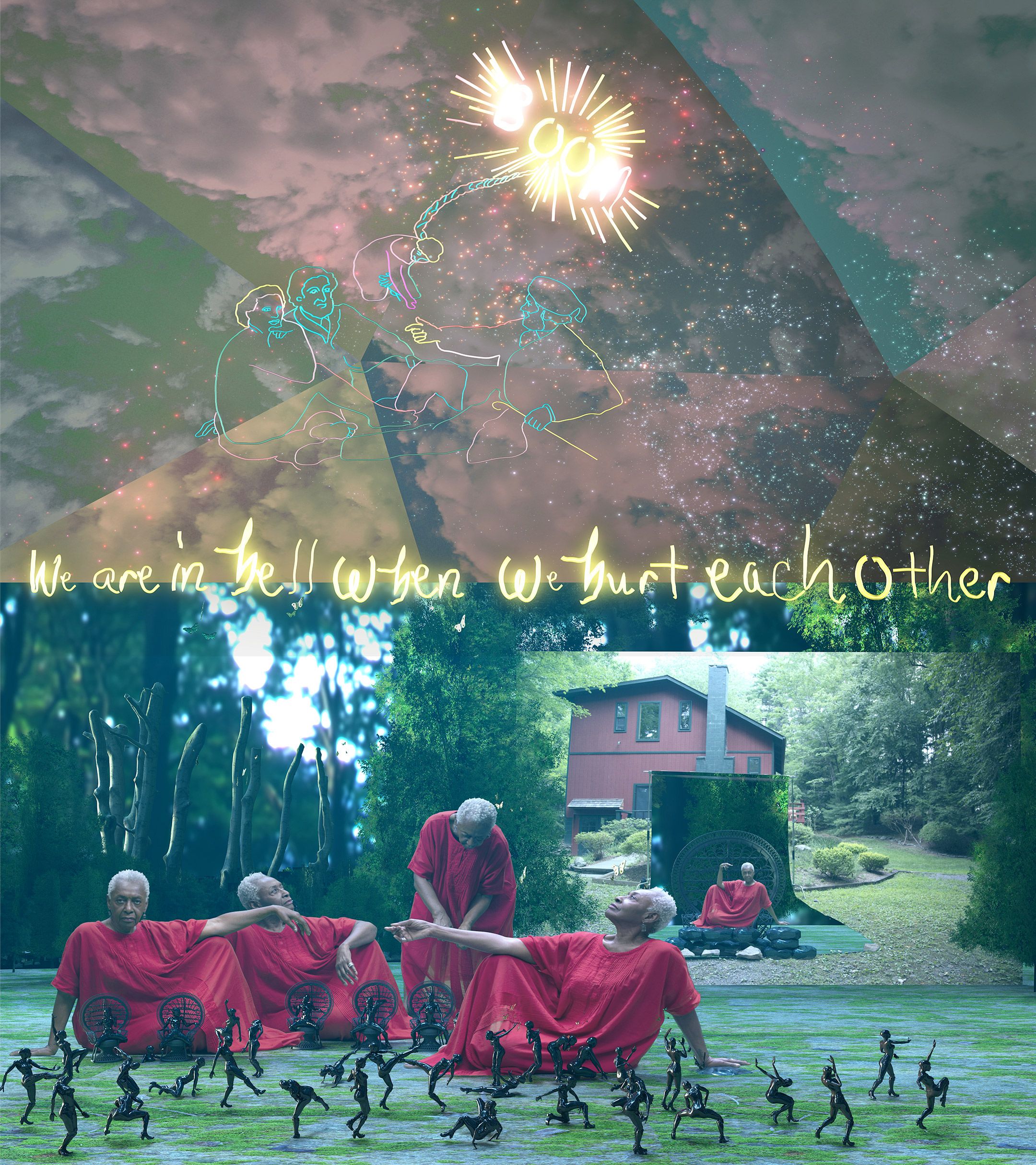 Many in the US continue to grieve the loss of both Breonna Taylor and apparent justice after a controversial court ruling this week failed to indict three officers on charges for the 23-year-old’s death back in March, when Louisville plainclothes police stormed her home and shot her in her bed while serving a no-knock warrant to the wrong house. At Mitchell-Innes & Nash, new media artist Jacolby Satterwhite offers a tribute to Taylor via an immersive video installation that posits a post-pandemic, post-revolution world in which fembots use ritual and movement as tools of resistance to oppression. Satterwhite’s futuristic utopia was inspired by Édouard Manet’s seminal work Luncheon on the Grass (1863)—a work which he says “ushered in Modernism” and brings to mind the question of “what we are ushering in now” during an era of chaos, confusion and oppression. Titled We are in Hell when We Hurt Each Other, the show (through 31 October) is the artist’s first with the gallery and also features neon works, UV pigment prints and sculptures that reference elements in the film.

Speaking of a new utopia, or perhaps in this case dystopia, Pieter Schoolwerth: Shifted Sims at Petzel in Chelsea (until 31 October) offers a dose of uncanny nostalgia, comprising a series of large-scale mixed-media paintings that reimagine the video game The Sims with a psychoactive twist. Mostly produced during the months-long lockdown in New York, the pieces reference the increased digitisation of our lives since the Covid-19 pandemic hit and the “new remote space [that we’ve] migrated into [that is] located somewhere in between our bodies and the world”, according to the artist. “In putting on a mask everyday I got to thinking about how we hide behind the profiles, text messages and these dreadful Zoom chats we endure. It’s almost like we’re navigating a simulation of a life we once lived, from a distance.” The paintings pull from screenshots of The Sims 4 that are abstracted and superimposed with other materials, presenting scenes that are both familiar and surreal.

For those looking to escape the house, Sam Moyer: Doors for Doris (until 12 September 2021) at the Doris C. Freedman Plaza in Central Park consists of three monolithic structures that create portals between the city and the park. Part of an installation commissioned by the Public Art Fund (PAF), the New York-based artist produced the “doors” from marble remnants, some of which retain the marks of their former lives as construction materials, as well as richly-coloured stones indigenous to New York like deep blue slabs sourced from a quarry upstate in addition to rocks imported from around the world. Each fragment was layered and inlaid into poured concrete, creating a mosaic quality. The title of the piece honours the organisation’s late founder, Doris C. Freedman, and her pioneering vision and advancement of public art in New York City. The artist is slated to participate in a virtual conversation hosted by the Cooper Union with the curator Daniel S. Palmer to discuss the work on 14 October.