Venice Biennale 2019: the must-see pavilions in the Giardini

From an aquatic odyssey to a guerrilla dance performance, here are the exhibitions we loved at the heart of the big event 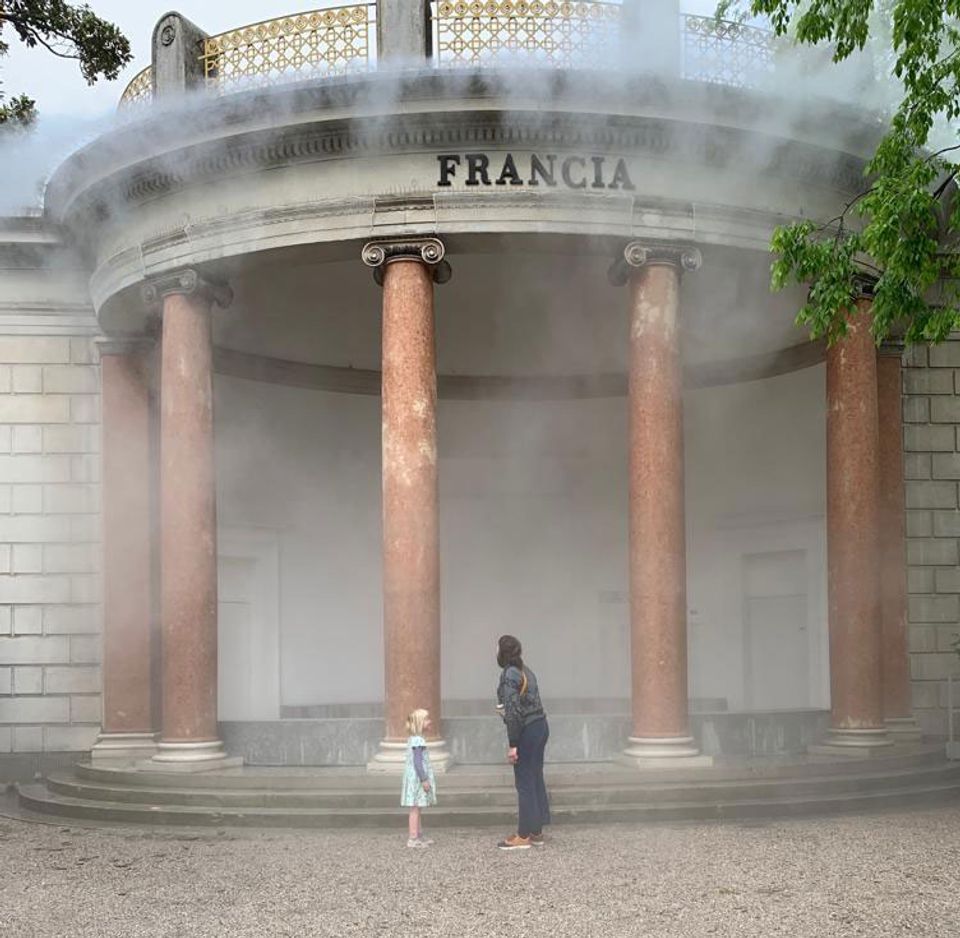 Spread along the avenues of the Giardini like artistic embassies, the Venice Biennale’s national pavilions may seem at best an eccentric tradition and at worst a totally outdated system of division. The absurdity of national and other barriers in today’s “liquid modernity”—an idea borrowed from the sociologist Zygmunt Bauman—is the serious punchline delivered with a light touch by Laure Prouvost’s madcap film at the heart of the French pavilion. Visitors enter by the back door and journey through a surreal sculptural seascape of marine creatures in Murano glass, cigarette butts and defunct mobile phones before plunging into darkness—the screening space is modelled on the belly of an octopus. The slipstream of watery images continues in the film as Prouvost’s multigenerational, multilingual characters make their way from the suburbs of Paris to Venice and the pavilion itself. “You are the person next to you, you are the walls of this room,” the voiceover intones, inviting us all to dissolve our differences and embrace the fluidity of the octopus. 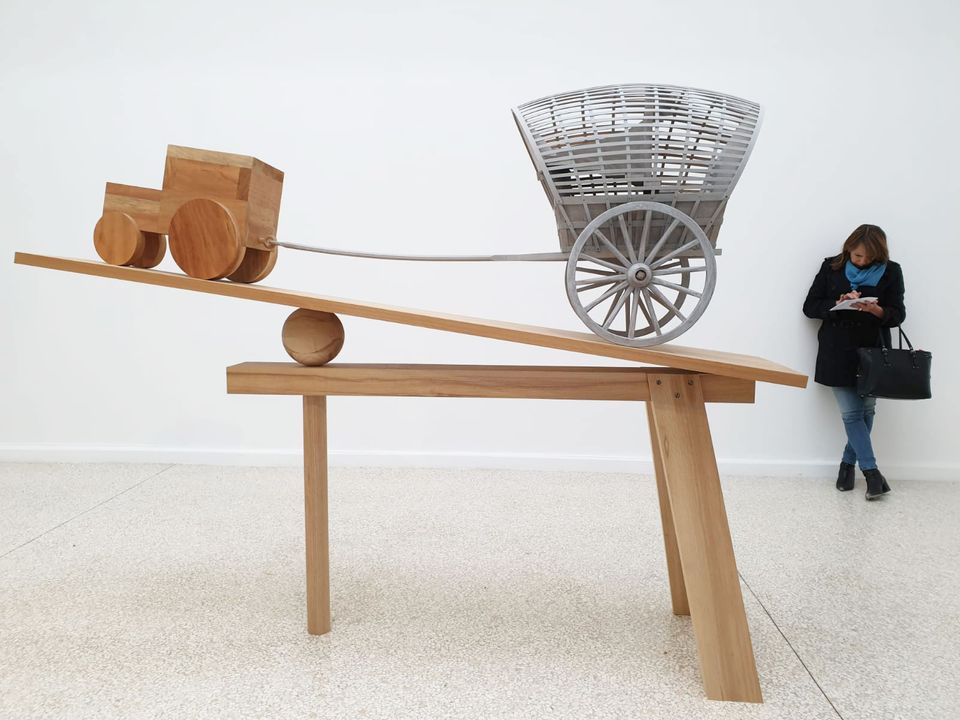 With a title like Liberty, you might expect a grand statement of American identity from Martin Puryear’s exhibition in the US pavilion. But the powerful symbolic charge of his ensemble of eight sculptures is more complicated than that. The tone is set at the entrance by Swallowed Sun (Monstrance and Volute) (2019), a wooden lattice screen whose monumental scale and curling black tail obscures and undercuts the pavilion’s Monticello-style neoclassical architecture. Inside the rotunda, a white column speared by a shackled iron stake is dedicated to Sally Hemings, Thomas Jefferson’s African-American slave and “concubine” who worked on his Virginia plantation. A pair of wagons on a tilted plinth evokes the precarious journeys of the American pioneers, as well as the present-day migrants maligned by the current US President. With a tactile surface appeal to match their multi-layered meanings, these are deeply meditated works that present liberty as a universal, rather than American, right. 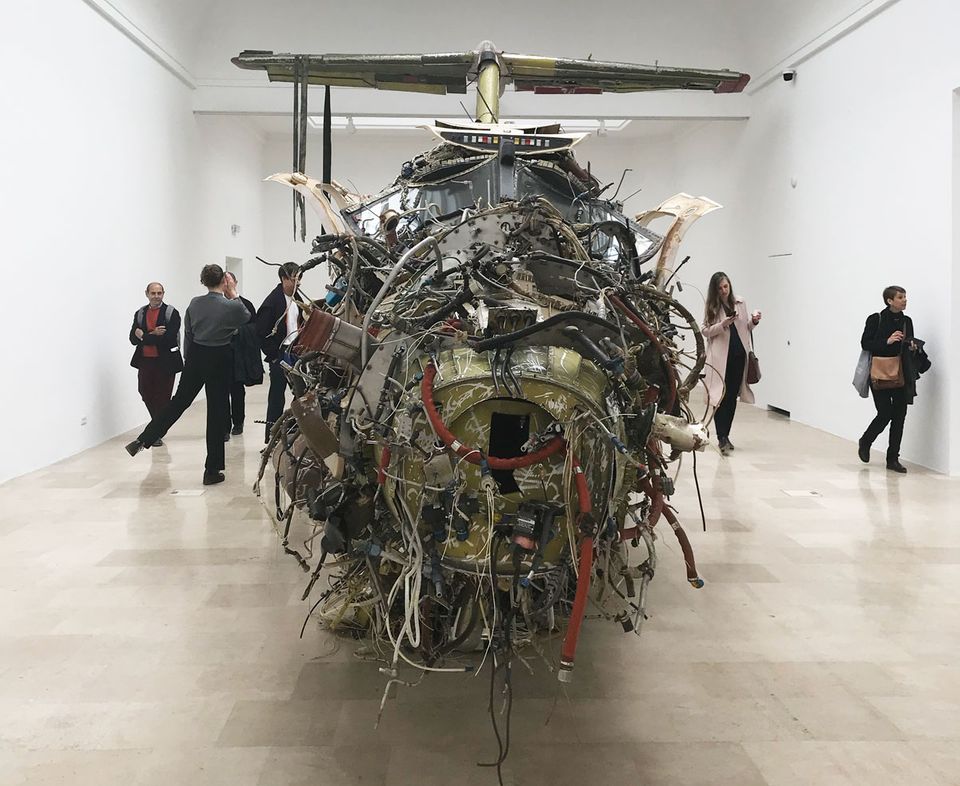 Against the backdrop of mega-yachts and mega-parties, Roman Stańczak's display seems one of the most apt. It is also one of the biggest show-stoppers among the national pavilions, which are dominated by video and subtle interventions. Stańczak has turned a private jet inside out; the cockpit and motor are exposed, the wings have been folded into the belly of the aircraft. Stripped of its skin, the jet, once a powerful status symbol, is vulnerable and broken. It is a critique of capitalism: the ceaseless striving for wealth leaves behind a trail of destruction. But under Poland's Communist regime, such acquisition of capital was impossible. Stańczak's work therefore becomes a critique weighed down by history; both personal and political. 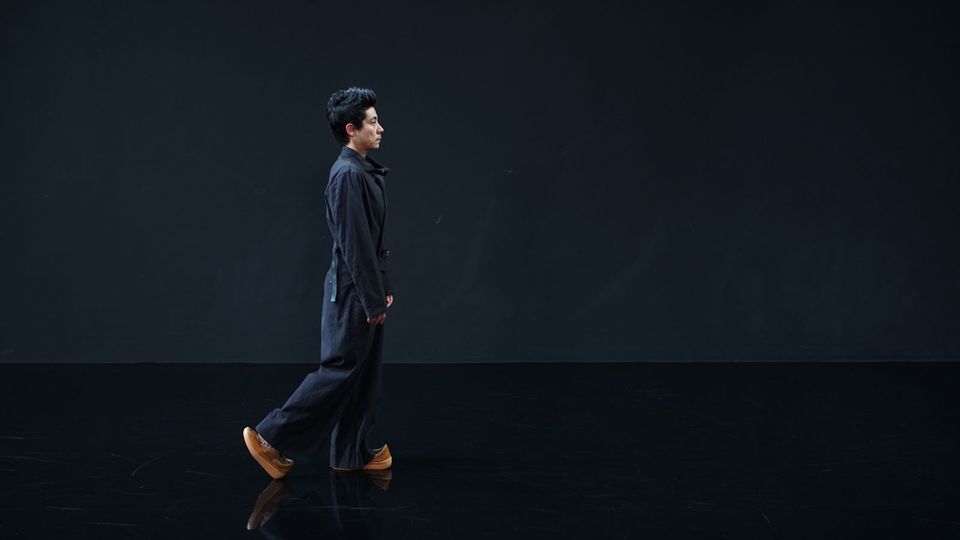 There is a sense of occasion as you enter “backstage” at the Swiss Pavilion, finding yourself on the same glistening stage as the performers. A large shimmering curtain separates you from the filmed performers; it appears on-screen but also serves as a physical separation device between viewer and performer, as well as the various “acts”. The artist duo Pauline Boudry and Renate Lorenz have created an “abstract club”, combining postmodern choreography and urban dance with guerrilla techniques and elements of queer underground culture. It sounds daunting, but their film installation is both mesmerising and exhilarating at turns. The unifying motif—a backwards-forwards movement, with shoes worn the wrong way round—becomes a symbol of ambivalence, turning a disadvantage into an advantage, and the exercise of freedom. It references Kurdish guerillas, who used to wear their shoes backwards as they journeyed from place to place through the snow to confuse their enemies. The marvellous performers are Julie Cunningham, Werner Hirsch, Latina Laabissi, Marble Jumbo Radio and Nach. 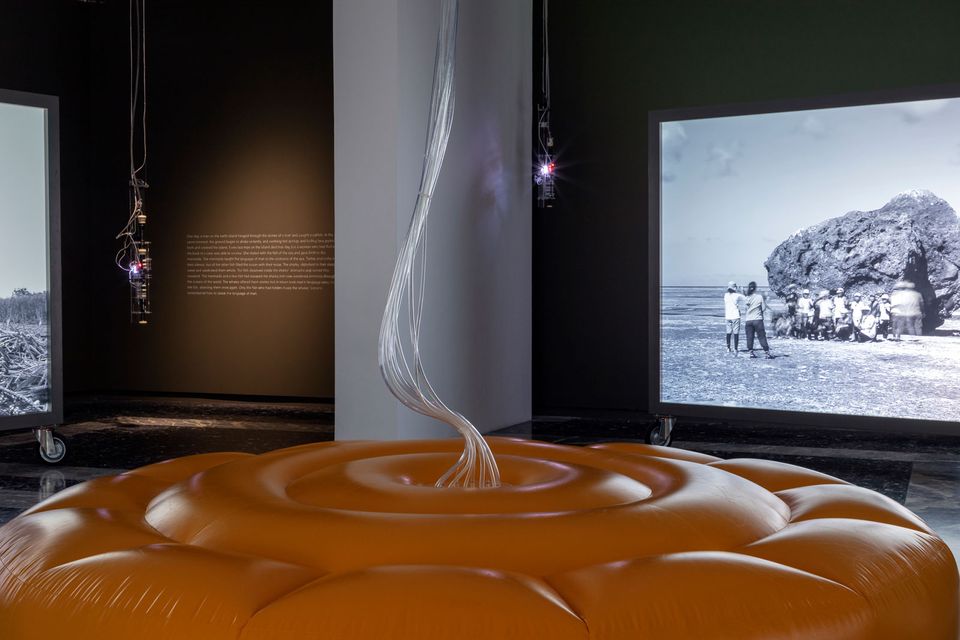 The recorders suspended from the ceiling in the Japanese pavilion are played by an algorithm Photo: ArchiBIMIng

The toots of recorders suspended from the ceiling—played by mechanical fingers controlled by an algorithm that never repeats—fill the air with tentative sounds akin to a music class. The installation, Composition for Cosmo-Eggs “Singing Bird Generator” (2019) by the composer Taro Yasuno, also includes a large orange inflatable bench that when sat on pushes air through tubes to play the recorders. Surrounding this are four black-and-white films by the artist Motoyuki Shitamichi, showing huge boulders that have been washed on to land by tsunamis. The works are complemented by mythological stories by the anthropologist Toshiaki Ishikura engraved onto the walls (sample sentence: “She mated with the fish of the sea and gave birth to the mermaids”). The whole lot is “a platform to consider the ecology in which humans and non-humans co-exist”, and is hung together by the architect Fuminori Nousaka; the films and dark walls complementing the monochrome marble floors. It all sounds bonkers, but this odd scenario is strangely compelling and shows how disparate elements can be brought together to create a cohesive whole through careful collaboration.