Very much an acquired taste: how did so many Italian baroque paintings end up in US museums?

Book provides a sampling of personalities, acquisition strategies and collections that many Europeans may not know 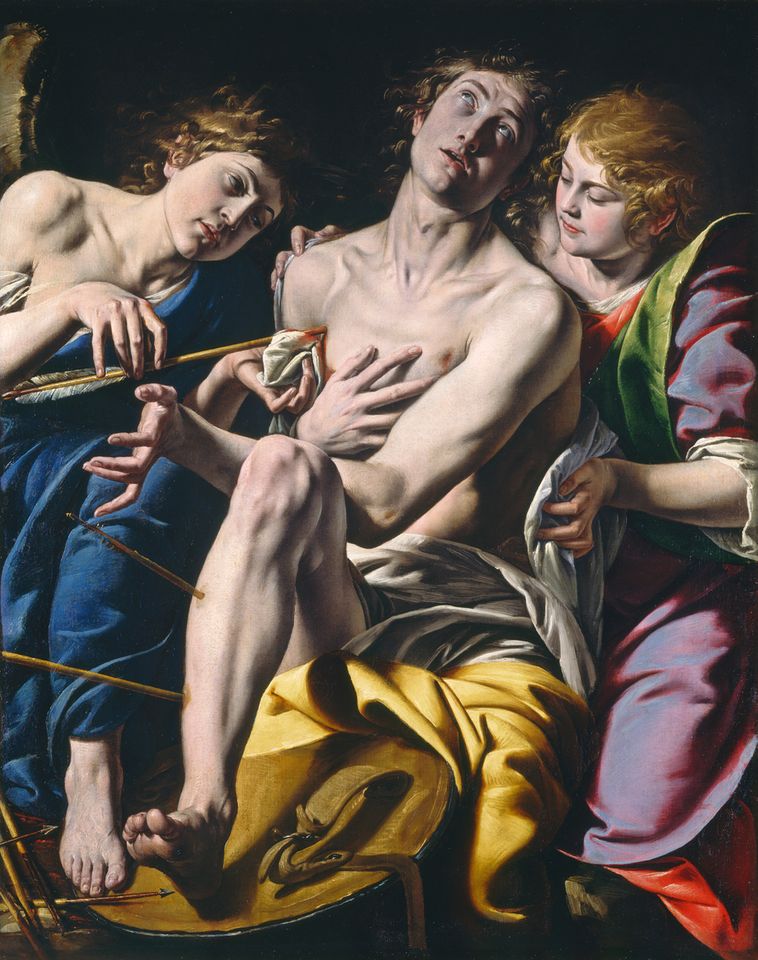 This volume grew out of a 2013 symposium sponsored by the Frick Center for the History of Collecting. The writers comprise a well-qualified group whose expertise covers the essential disciplines and institutions that inform collecting academia, public museums, college museums, auction houses, art dealers and conservators. They have produced a set of ten informative and well-written essays that provide the reader with a sampling of personalities, acquisition strategies and collections that many Europeans may not know.

Assessing collecting by Americans in any art-historical field promises insights into fluctuations in taste, evolving connoisseurship, the definition of cultural lineage and shifting perspectives of the world. An account of the acquisition of Baroque art is especially interesting since the period in which this art gained traction for Americans (late 19th and early 20th centuries) coincided with the peak influence of John Ruskin’s negative judgements on baroque painting. Furthermore, 20th-century America still bore the weight of its Puritan origins. One wonders, therefore, how works of overt Roman Catholic spirituality, opulent materiality and sheer size ever developed a following.

The essays under review explain how they appealed to at least a handful of collectors and institutions. Bowron starts the volume off with a brief overview of the collecting of Italian art. He notes that it was not until the 1920s that the Baroque stigma started to wane, in part through academic scholarship, aided by the famed 1922 exhibition of 16th- and 17th-century Italian painting at Palazzo Pitti. He discusses the dealers and curators who brought significant works of Italian Baroque painting to US audiences.

Most of the essays focus on individual collectors, institutions or dealers. A single volume cannot explore all the personalities who acquired Baroque paintings in the US, but the four collectors discussed in these pages are indeed important to any understanding of the subject. Virginia Brilliant describes John Ringling’s aggressive acquisitions spurred by his early decision to found an art museum; as would be expected in someone involved in the circus, he favoured big and exuberant works. Brilliant also delineates Chick Austin’s role once he arrived at the Ringling Museum as director in 1946, augmenting the collection and focusing greater attention on its Baroque strengths. Brilliant’s essay dovetails nicely with Eric Zafran’s discussion of Austin’s career prior to the Ringling, as director at the Wadsworth Atheneum, long recognised as a museum rich in Italian Baroque art. Austin’s crowning achievement was the purchase of Caravaggio’s Ecstasy of St Francis (around 1595) in 1943.

Also examined are three other collectors who, like Ringling, founded museums to display their treasures. Ian Kennedy writes about Bob Jones, a fundamentalist Protestant whose university in Greenville, South Carolina houses his art. Kennedy outlines the museum professionals and dealers who guided Jones in putting together a varied collection that includes several masterpieces on a limited budget. Not so with Walter Chrysler, the subject of Zafran’s second essay, who was raised in luxury. Chrysler began collecting in the 1930s with modern and American art, acquiring his first Baroque painting in 1949. He later founded a museum (first in Provincetown, Massachusetts then relocated to Norfolk, Virginia) and filled it by selling modern works to purchase earlier material. Pablo Pérez d’Ors addresses the least well-known collector included in the book, Luis A Ferré in Ponce, Puerto Rico. A trip to Europe inspired him to collect, and shortly thereafter he decided to enhance the cultural life of his native Puerto Rico. Guided by Julius Held, he built a collection and commissioned Edward Durell Stone to design a building.

One of my favourite essays is Marco Grassi’s memoir of his family gallery. Grassi, both dealer and conservator, offers insights into the business of picture dealing in both Florence and New York, serving a range of taste from Italian gold-ground to settecento vedute, as well as the Seicento. He also discusses Samuel Kress and his foundation. Kress donated works to Washington, DC’s National Gallery. Through the foundation, he distributed others to regional museums throughout the country, playing a key role in US collecting.

Patrice Marandel also writes about art dealers and US collecting. His essay about London’s Heim Gallery (and its director Andrew Ciechanowiecki) brings the role of London dealers into the discussion. This is a significant part of the story since for many collectors and museums in the mid-to-late 20th century, London was where some important purchases were made.

Two essays focus on institutional collecting. Andria Derstine tells how the Detroit Institute of Arts built its collection of Baroque painting. Acquisitions started early and gained momentum under the celebrated director William Valentiner. Important exhibitions played a key role. Andrea Bayer writes about her own institution, the Metropolitan Museum of Art, New York. She recounts how its holdings were built starting with a few early acquisitions and gifts of Italian Baroque painting. It did not engage the field seriously, however, until the 1970s.

One last essay takes a slightly different tack. Richard Spear addresses how academic art historians affected collecting through their teaching, scholarship through exhibitions, and their own acquisitions. He ends with a rather dire assessment of the state of Italian Baroque studies in major graduate programmes in the US, questioning how that will affect future collecting.

All in all, the book provides an easy and enjoyable read, although inevitably most essays are more chronicle than analysis. Little mention is made of Matthiesen Gallery’s formative and influential exhibitions of Baroque art later in the century, although given their late date they did not have as great an impact on the period of focus in this book.

• Judith Mann is the curator of European art to 1800 at the Saint Louis Art Museum. An authority on Italian art of the 16th and 17th centuries, she has organised international loan exhibitions on Orazio and Artemisia Gentileschi and Federico Barocci. She is currently preparing an exhibition on 16th- and 17th-century artists who painted on stone, to be seen in St Louis and Prague