Zervos: the name that can make or break a Picasso

An exhibition in Athens about the life of Christian Zervos, whose 33-volume catalogue of the artist is indispensable to the Picasso market 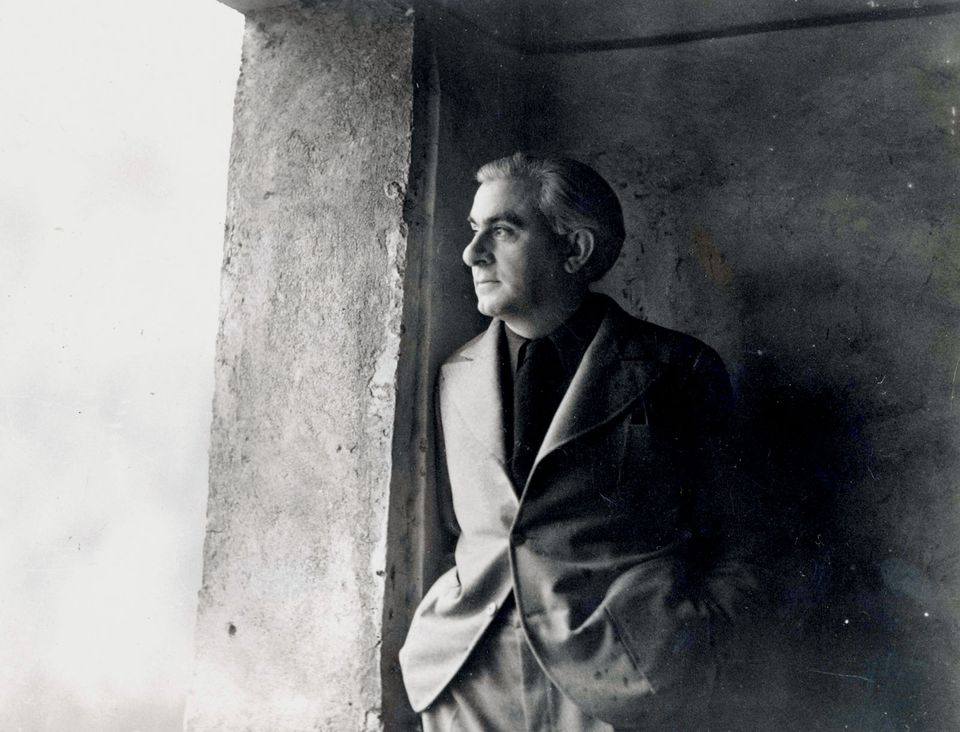 Zervos is to Picasso what Boswell is to Johnson, the former indispensable to our knowledge of the latter. A Picasso has great difficulty being acknowledged by the sale rooms and collectors as a Picasso unless it has its entry in the 33-volume catalogue raisonnée compiled by his friend Christian Zervos and published between 1932 and 1978. The reflected glory and importance to the Picasso market of this publication is such that complete, original sets sell for anything from $50,000 to $130,000 and even the 2013 re-edition costs $20,000.

But who was this man who took on the enormous task of documenting the 20th century’s most famous and explosively prolific artist? An exhibition called Christian Zervos & Cahiers d’Art: the Archaic Turn at the Benaki Museum in Athens until 1 March tells his story, with 60 works from his collection, by Picasso, Matisse, Miró, Calder, Lam, Kandinsky, Giacometti, Ghika, Brancusi and Sklavos. 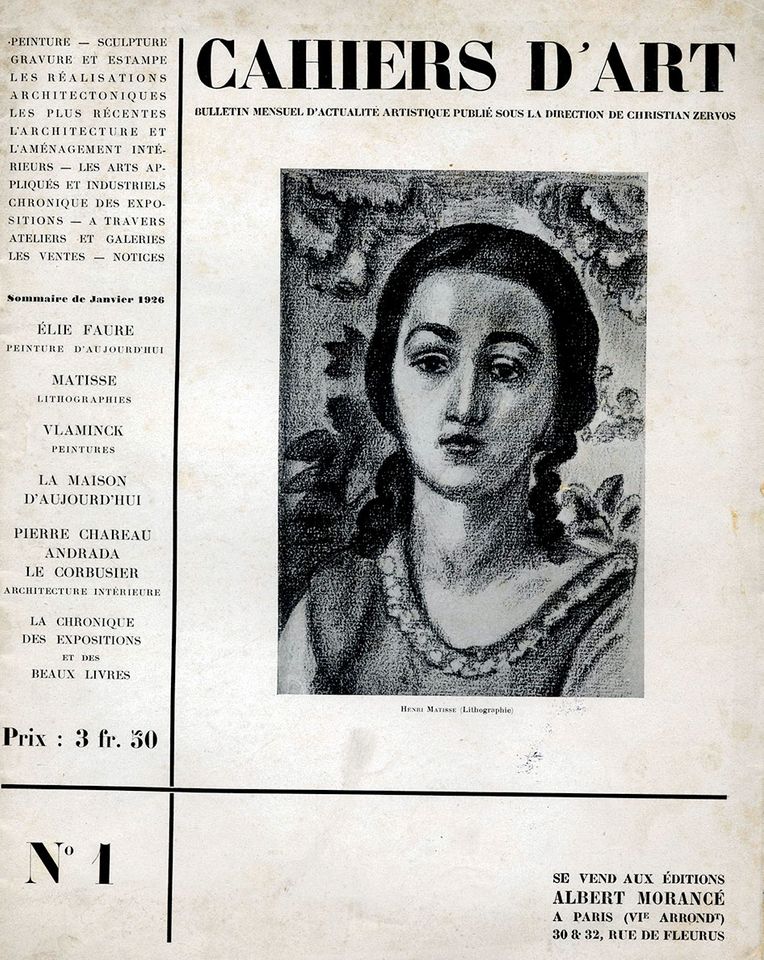 Christian (Christos) Zervos was born in Argostoli on the Greek island of Cephalonia and died in Paris in 1970. He grew up in Alexandria and then went to Paris to study philosophy at the Sorbonne. After working for Albert Morancé’s publishing house, in 1926 he founded Cahiers d’Art, almost certainly the most influential art journal of the inter-war years. It ran to 97 issues, the last dated 1960 (it was relaunched in 2012 by the Swedish collector, Staffan Ahrenberg), and accompanied the activities of Zervos’s eponymous gallery, founded in 1934.

The Benaki exhibition devotes a lot of space to the relationship between Zervos and Picasso and their close collaboration in systematically registering all the latter’s works of art, from 1895 to 1973, the year in which Picasso died. It also analyses what made Cahiers d’Art such a sophisticated publication; in particular, the way in which it illustrated works of art. Photographers were given precise instructions to show the piece out of scale so that its aesthetic qualities were to the fore, and contemporary art was often juxtaposed with works of antiquity.

Zervos persuaded artists, critics, writers, poets and museum curators to write for his journal, which he considered a scholarly publication, although he often got into arguments with academics over his “unprecedented” and “undocumented” archiving system. 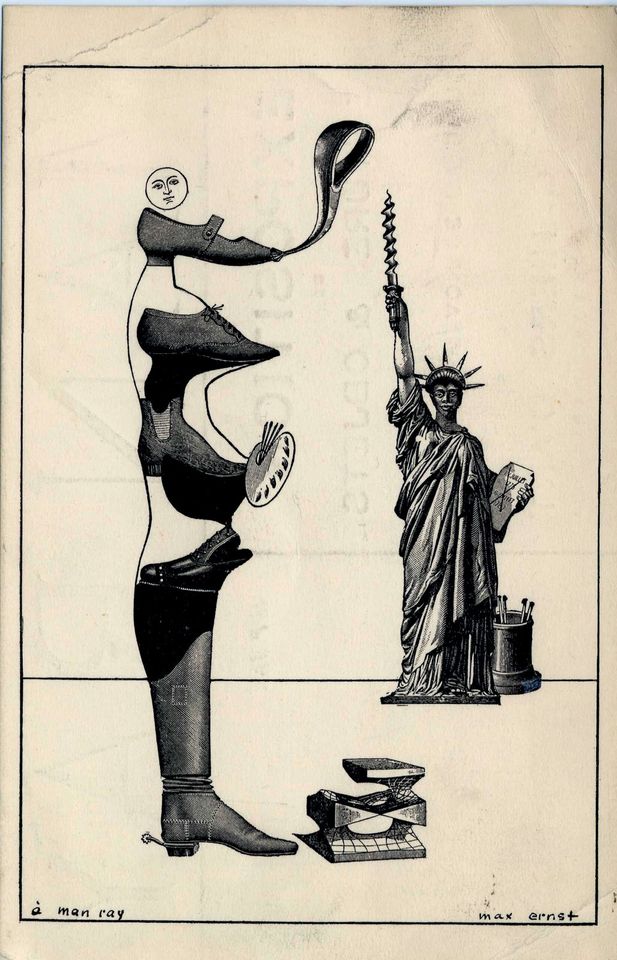 Invitation to an exhibition in 1935 of Man Ray at Zervos’s gallery Cahiers d’Art, with its drawing by Max Ernst dedicated to Man Ray Photo: courtesy of Cahiers d’Art Editions © ADAGP/Oseete, Athens 2019

Even as a child, he was interested in art, without however being attracted by Old Masters or seeing its history as a linear progression. What really got him excited was the art of antiquity and prehistory. This archaic direction to Zervos’s taste and in Cahiers d’Art emerged after he returned to Greece in 1933 to coordinate the IV International Conference on Modern Architecture. The exhibition shows how he saw the connections between archaeological objects and contemporary art through the survival of forms over the centuries and the intrinsic affinity that exists between works of art of widely differing times. This approach was much criticised during his lifetime, but it chimes with the anachronistic practices of artists today.

The main experience of the exhibition is of the 60 works of art from Zervos’s own collection, by artists such as Matisse, Miró, Picasso, Laurens, Calder, Lam, Kandinsky, Ghika, Sklavos, Giacometti and Brancusi. 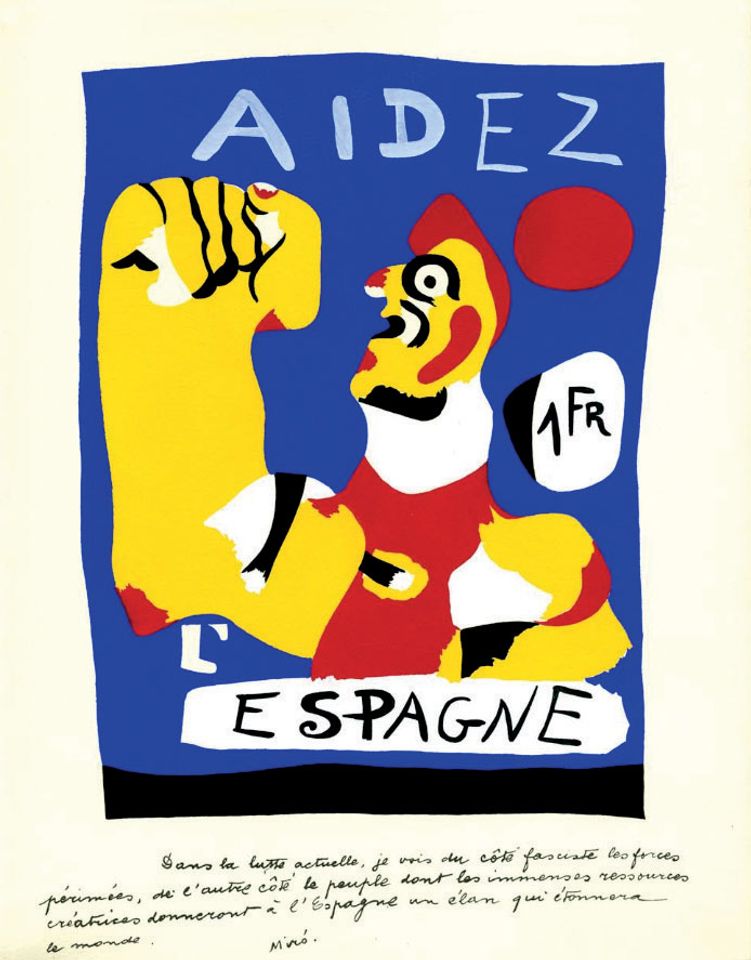 The appeal by Joan Miró to help the Republican side in the Spanish civil war (1937) Photo: © ADAGP, Paris/Osdeete, Athens 2019

Through hitherto unpublished letters and documents from Parisian and Greek archives and galleries, the Benaki exhibition goes on to show what a key figure he was in Parisian artistic circles between the wars and after 1945, but also how important he was to the Athens art scene and the emergence of a concept of “Greekness”.

It is organised in collaboration with the Musée Zervos in Vezelay, north central France, and its curators are Polina Kosmadaki, curator of modern and contemporary art at the Benaki Museum, who says, “Zervos has not had the recognition that he deserves”, Christian Derouet, founding director of the Musée Zervos, and Alexande Farnoux, director of Ecole française d’Athenes. For George Manginis, the Benaki’s new director, this is the kind of collaborative, scholarly and educational exhibition that he intends to make the cornerstone of the museum’s activities.